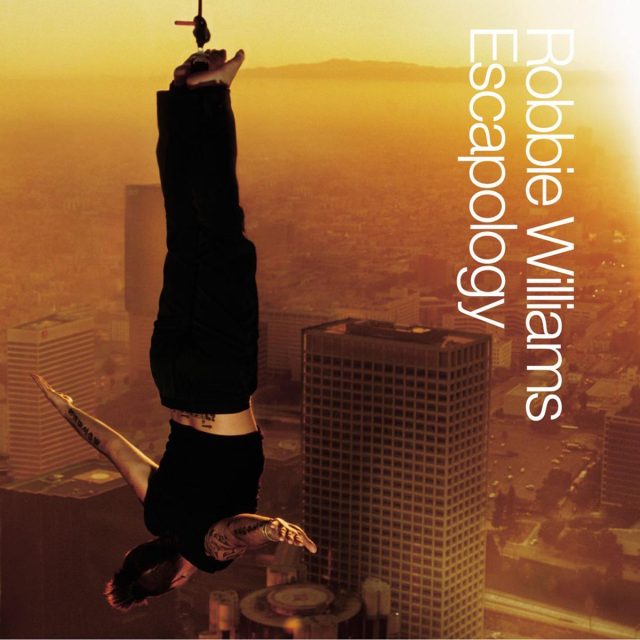 Robbie Williams has always been a slippery customer. Just when you think you’ve finally got him caught in a musical bind — be it boy-band popper, Tom Jones crooner, Brit-pop blowhard or Rat Pack impersonator — the ironic English popster twists out of your grip like a greased pig at the fair.

But finally, it seems Robo has been snared. And fittingly, it’s in a trap of his own making. On his fourth North American release Escapology, Williams foolishly crosses the line that separates self-aware satire from off-putting self-parody. He used to be able to pull off lines like “I’ve sung some songs that were lame,” and “You can’t argue with popularity / Well you could but you’d be wrong” with a wink and a jack-the-lad smirk, but here they carry a whiff of defensive desperation. Maybe it’s that despite all his best efforts to make it in the States — which continue on Yankee-loving, Elton John-inspired Britpop anthems like Me And My Monkey, Song 3 and Hot Fudge — Robbie still can’t get arrested south of the 49th. Or maybe it’s that — to make matters worse — his last couple of albums have been bland, forgettable affairs that haven’t exactly been triumphs back home. Whatever the case, it’s starting to look like Robbie might not get away so easily this time.