THE EDITED PRESS RELEASE: “In 1969, there were three music festivals that changed the world. And “the second most important event in rock ’n’ roll history” was a one-day music festival held at the University of Toronto’s 20,000 seat Varsity Stadium called the Toronto Rock & Roll Revival.

Revival69: The Concert that Rocked the World tells the incredible behind-the-scenes, story of how, against all odds, a life-changing concert came together. A story of passion and perseverance, this never-before documented story reveals a series of colourful characters, murky deals and broken promises, culminating in John Brower, a young renegade promoter, putting his life on the line (literally) in order to achieve his goal.

Directed by Ron Chapman, the film uses a priceless cinematic archive that includes unreleased concert and backstage footage from D.A. Pennebaker’s original shot 16mm film, and a narrative primarily told through the eyes of those who were there. The film includes interviews with Alice Cooper, Robby Krieger, Geddy Lee, Shep Gordon, Rodney Bingenheimer, Robert Christgau, Klaus Voormann and many others. The 90-minute feature documentary was filmed in 2021, shooting in Toronto, Los Angeles, Phoenix, New York, London, and Munich.

Revival69: The Concert That Rocked The World screenings 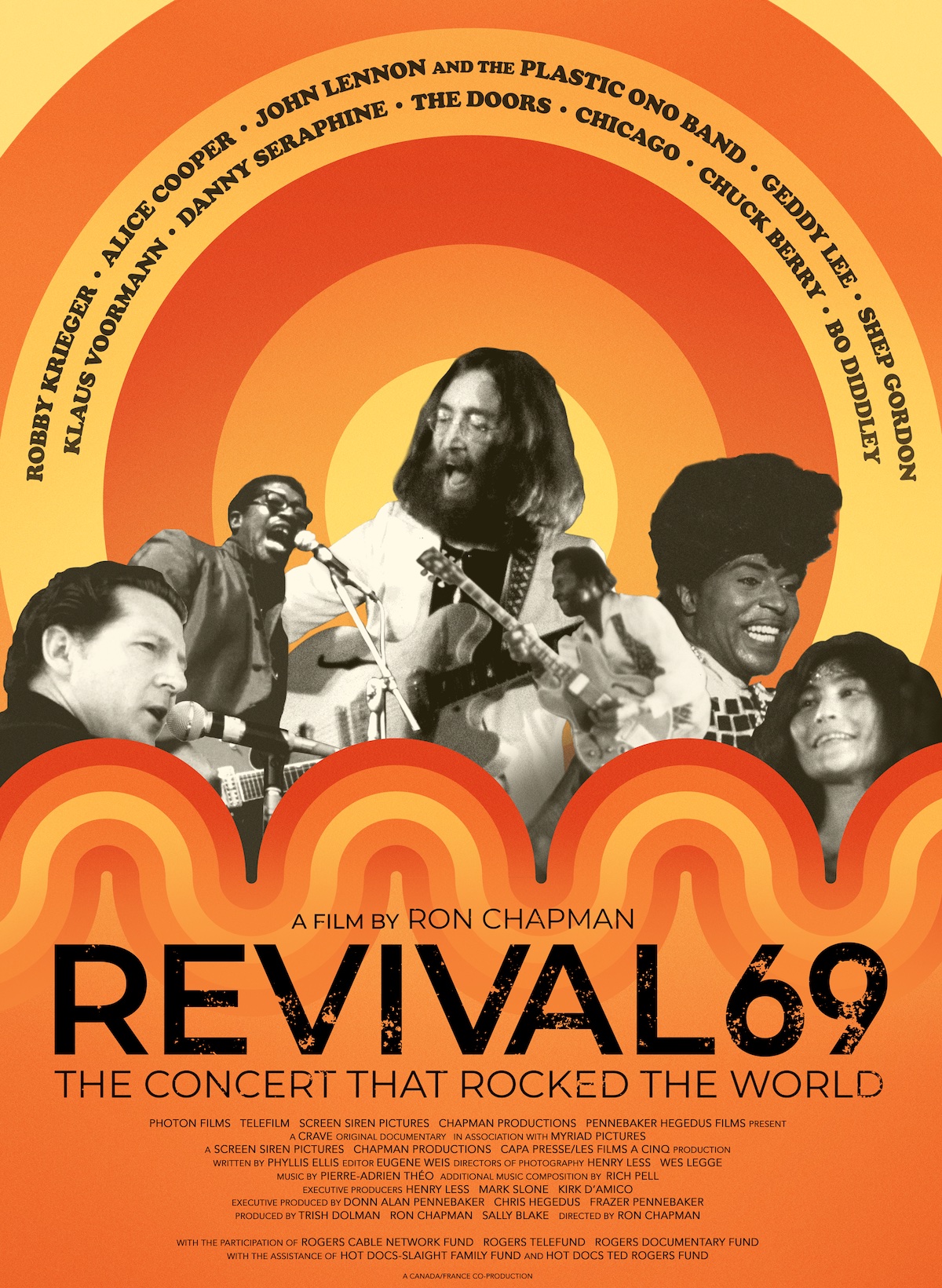