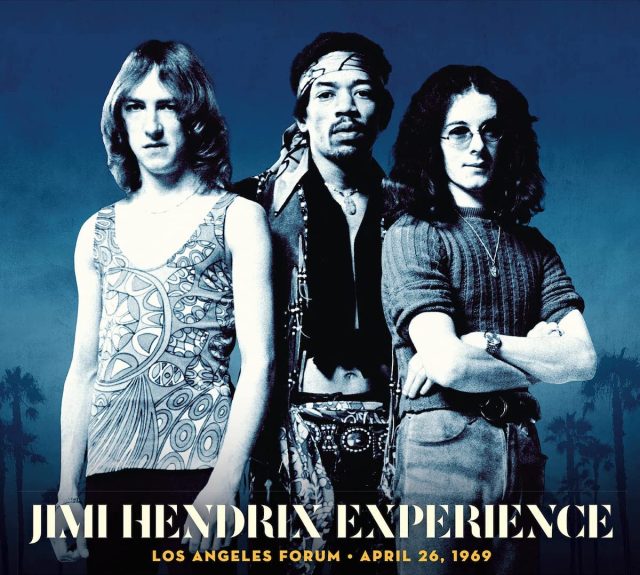 THE EDITED PRESS RELEASE: “Recorded in the spring of 1969 before a raucous sold-out audience, this captivating L.A. Forum show by original Jimi Hendrix Experience lineup (singer/guitarist Jimi Hendrix, drummer Mitch Mitchell and bassist Noel Redding) has never before been released in its entirety. This album comes out in time for the 80th anniversary of Hendrix’s birth on Nov 27.

Following the massive success of The Jimi Hendrix Experience’s 1967-’68 studio album trifecta (Are You Experienced, Axis: Bold as Love, Electric Ladyland), the trio had developed into the most popular international touring attraction in rock music. This widescale public interest coincided with the construction of new arenas for sporting events, among them the Forum in Inglewood. Designed by famed architect Charles Luckman (who also designed New York’s rebuilt Madison Square Garden), this multi-purpose venue opened in 1967 as the home of the Los Angeles Kings hockey team and Los Angeles Lakers basketball team, but also began to serve as a music venue. Among the earliest concerts held there was Aretha Franklin in January 1968 and the Cream farewell tour with opening act Deep Purple in October of that year. The Jimi Hendrix Experience were booked to perform on April 26, 1969 with opening acts Chicago Transit Authority (soon to be renamed Chicago) and Cat Mother & The All Night Newsboys, the latter of whom shared management with the headliners. Floor seats cost $6.50 ($51.20 adjusted for inflation). 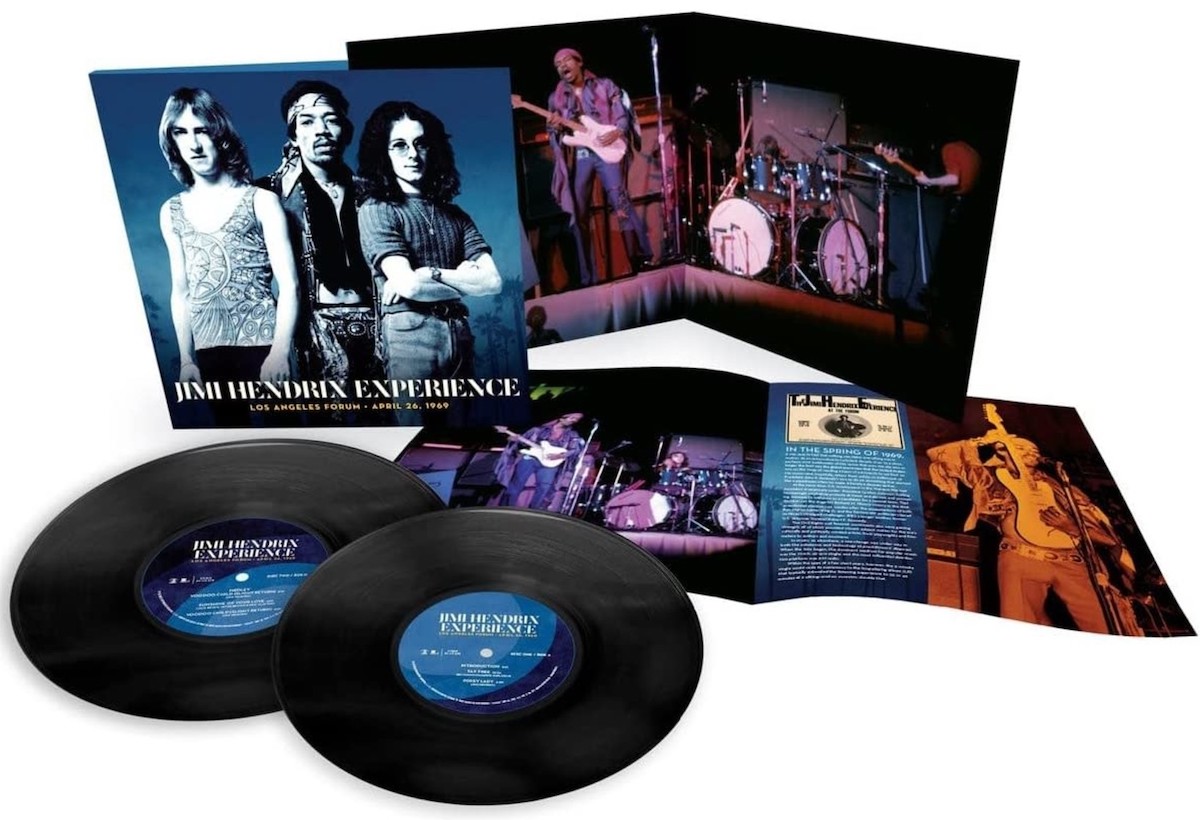 By the time The Jimi Hendrix Experience took the stage to blaze through a spirited set, live concert sound had drastically improved from the time of The Beatles’ baseball stadium tours, but crowd control was still a major concern. Between songs, Jimi pleaded with audience members to stop rushing the stage. A heavy police presence is felt; lyrics for their hit Purple Haze are altered (“‘Scuse me while I kiss that policeman!”) and Jimi dedicates Spanish Castle Magic to “the plainclothes police out there and other goofballs.” Hendrix treated each performance as a unique event. He never relied on a standard set list comprised only of his biggest commercial hits. This approach was on full display at the Forum performance, blending more familiar tunes such as Foxey Lady with I Don’t Live Today from Are You Experienced and his signature blues original Red House (“Everybody want to know what America’s soul is; everybody think it’s Motown … America’s soul is something more like this here”) which had still not yet been released in the U.S. at this time.

Furthermore, the group opened their set with a cover of Tax Free — an obscure 1967 instrumental by Swedish duo Hansson & Karlsson, with whom the Experience had shared bills in Stockholm. Another unique highlight was an early reimagining of The Star Spangled Banner, which Jimi would canonize four months later at Woodstock. “Here’s a song we was all brainwashed with,” Jimi trenchantly declares, at a time when the nation was in a state of great political unrest. The group closed their performance with a unique, extraordinary medley of Voodoo Child (Slight Return) and Cream’s Sunshine Of Your Love. The song was an Experience favorite and a perfect live vehicle for the trio’s unparalleled improvisational skill.

The show was recorded by Wally Heider and Bill Halverson and recently remixed by longtime Hendrix producer/engineer Eddie Kramer for maximum audio fidelity. It was produced by Janie Hendrix (CEO of Experience Hendrix and the sister of Jimi Hendrix), Kramer and John McDermott, who manages the Hendrix catalog. The package’s liner notes are by former L.A. Times staff writer/critic Randy Lewis, with a preface by ZZ Top’s Billy Gibbons, who attended the show, having toured with the Experience as part of The Moving Sidewalks, his pre-ZZ band.