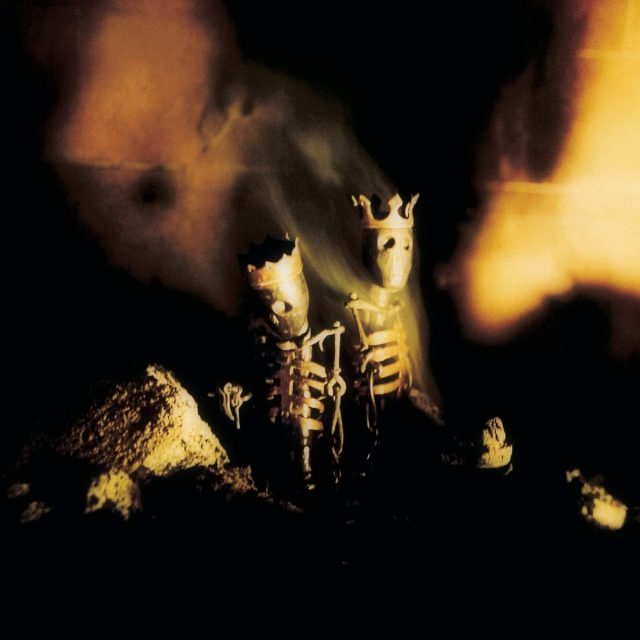 When Eddie Vedder begs, “Won’t someone save the world?” in his smoky growl near the end of Riot Act, it’s hard not to smirk. After all, it wasn’t so long ago that many people thought he was the man for that job. But nowadays, especially after delving into the morose netherworld of Pearl Jam’s seventh studio album, it’s tough to imagine Vedder even working up the energy to get out of bed.

In case the eerily lit skeletons and rubble on its stark cover didn’t tip you off, the powerful Riot Act is a sombre, mournful and haunted document, weighed down by depressing intimations of mortality (particularly suicide) and dire examinations of morality. As the band carve out rugged, trudging post-grunge grooves — loosely anchored by drummer Matt Cameron and bassist Jeff Ament’s earthy rhythms and laced with the churning buzzsaw guitars of Stone Gossard and Mike McCready — Eddie alternately peers over the abyss (Can’t Keep, Ghost, Help Help) and tries to steer us clear of it (Save You, Love Boat Captain) like some songcatcher in the rye. “I smile, but who am I kidding?” he ponders at one point. “I’m just walking the miles.” It’s as if he’s finally realized what some of us knew all those years ago: The only thing rock ’n’ roll can help you save is yourself. And sometimes, not even that.