Home Read Albums Of The Week: Elizabeth Moen | Wherever You Aren’t

THE EDITED PRESS RELEASE: “From her life to the studio, Elizabeth Moen carries with her a certain kind of street-smart wisdom: She knows when you’re on your bullshit and she is also highly sensitive to when her own actions fall short. This perceptive quality is a gift and a burden. The burden is that she is too smart, too tuned into reality to lie to herself and put on a facade that makes it easier to pass for OK. The gift is that instead of giving in, Moen channels life’s turmoil into a constant process of growth — as a songwriter, an arranger, and powerful lyricist.

Emerging from the introductory stage of her career, Moen is now cementing her commitment to craft: Making Wherever You Aren’t wasn’t just an impassioned way to pass time, it was a calling and an opportunity to reflect life’s lessons into a gripping statement of art.

A self-taught guitarist, Moen wrote her first songs while a student at the University of Iowa in Iowa City. It was a small town in the heartland but also a culturally dense world of artists, musicians, and writers — a scene whose space limitations meant the traditional songwriters, the alternative rockers, and the avant-garde enthusiasts were playing the same house shows, talking at the same bars, and dancing in the same clubs. That interdisciplinary experience and its overlap of styles shaped Moen’s aesthetic scope over her first self-released albums.

She gave up her lease in Iowa City and toured for two years across the U.S., the U.K., and the EU, eventually making Chicago her homebase. It was during that swirl of migration that she leaned into the project that would become Wherever You Aren’t. The first sparks: A session in Dublin in summer 2019 where she recorded the lead track Headgear. Then: Passing through Alabama on her fall 2019 tour, she laid down the core tracks for Synthetic Fabrics. With a long list of songs and just enough money to pay the players and engineers, she guided her band to San Francisco’s Hyde Street Studios to record basics for a full album in early 2020.

Those initial sessions produced 14 songs. As the pandemic took hold, she tracked vocals and overdubs wherever she could — apartments and studios across the States, Canada, and Ireland — and finished mixing and mastering in winter 2021. (She only took a pause to record a satellite set of songs in the midst of the process; those tracks became her haunting Creature of Habit EP.)

Stepping back from those two years of work, Moen reflects: “These songs are about mental health, joy, panic attacks, falling in love, falling out of it, and accepting that sometimes it will stay with you forever.”

Musically, the record teases sounds from alt-country, contemporary Nashville, and indie soul, but mostly settles into the less genre-specific tone of early 20s weariness. Where 2020’s Creature of Habit etched out a dark, synth-folk vibe, Wherever You Aren’t finds its spirit in guitar twangs and robust rhythms; though something ethereal and haunting is always there in the mix — it’s Moen’s nuanced understanding of space, knowing when to flood a track with catharsis and crescendo and when to let her voice guide us through eerie minimalism. As evidenced across all her catalog, Moen can bend any genre to her unique mix of sorrow, hope, and endurance. 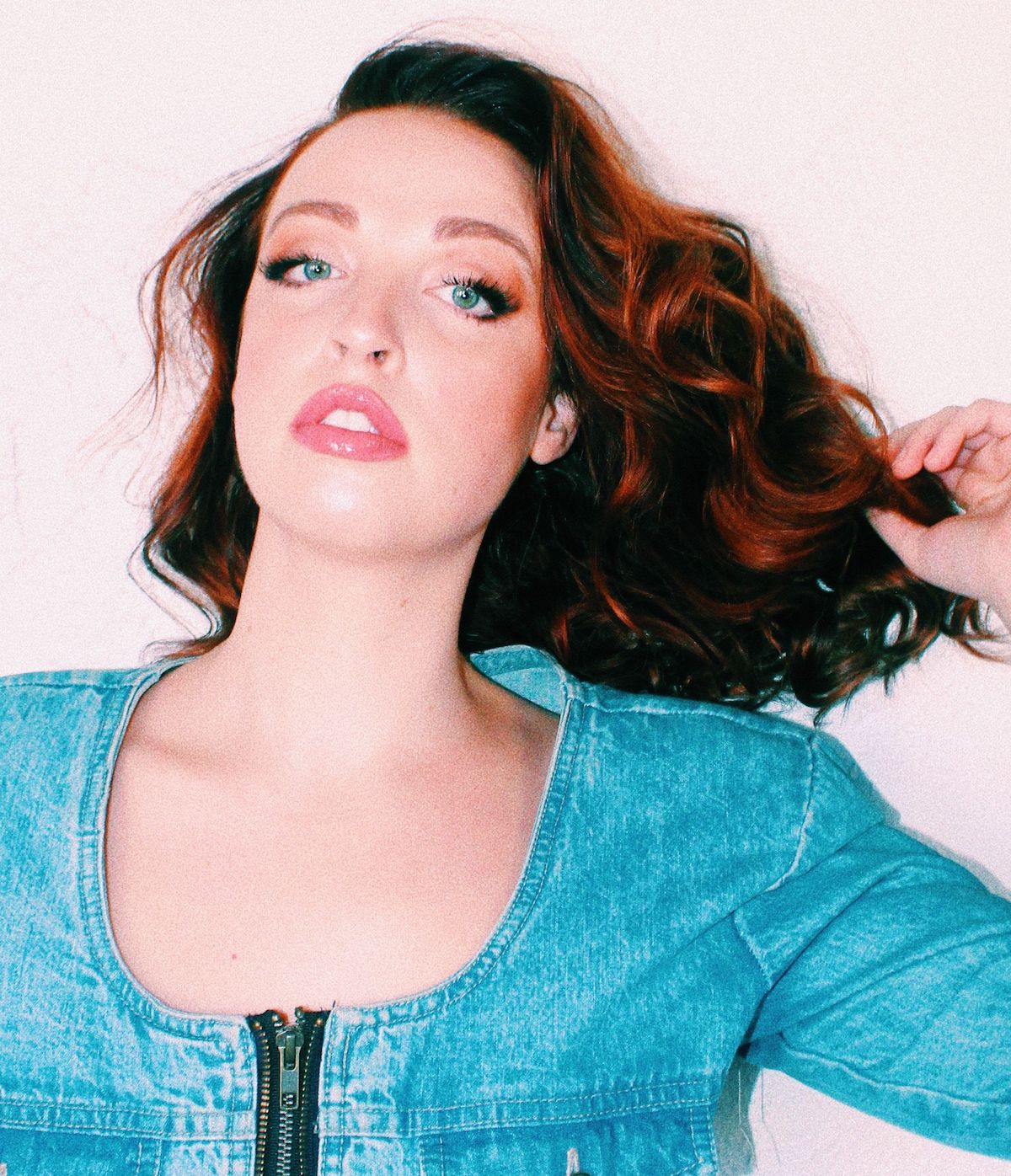 Throughout these songs, Moen confidently exhumes the emotional hangover of our 20s: A turbulent, sometimes euphoric, often fraught time. Where’s My Bike? is scorching in its irreverence, annoyance, and downright anger with nothing ever being quite all-together. Like many of her songs, it’s a vignette and metaphor at once — so many young adult anxieties and self-doubts are rolled into one: Ex-lovers, parents, and the inability to financially support oneself even though you’re supposed to be grown up. My friends, she belts out, ‘don’t talk to me much anymore / I don’t blame them / What do I have left to say about shit / That’d be worth listening to?’ On Synthetic Fabrics, she starkly admits the desire to Spend the day focused on the next one.

Her commitment to this album, to her career, and to continually showing up affirms Moen’s raw and honed ability to see the truth, face it, and send it back into the world as a beautiful song. The album ends with a big-hearted display of empathy. Surrounded by swirling harmonies and ascendant strings, Moen sings that she’ll meet you/us/herself, ‘wherever you are / wherever you aren’t / That’s OK.’

She understands that past lovers, friends, and family — even in their failures and missteps — are also just people trying to make sense of the world in real-time. And in this admission, Moen stays true to her most succinct statement about the record and her current worldview: This album has shown me that I have the capacity to grow.” 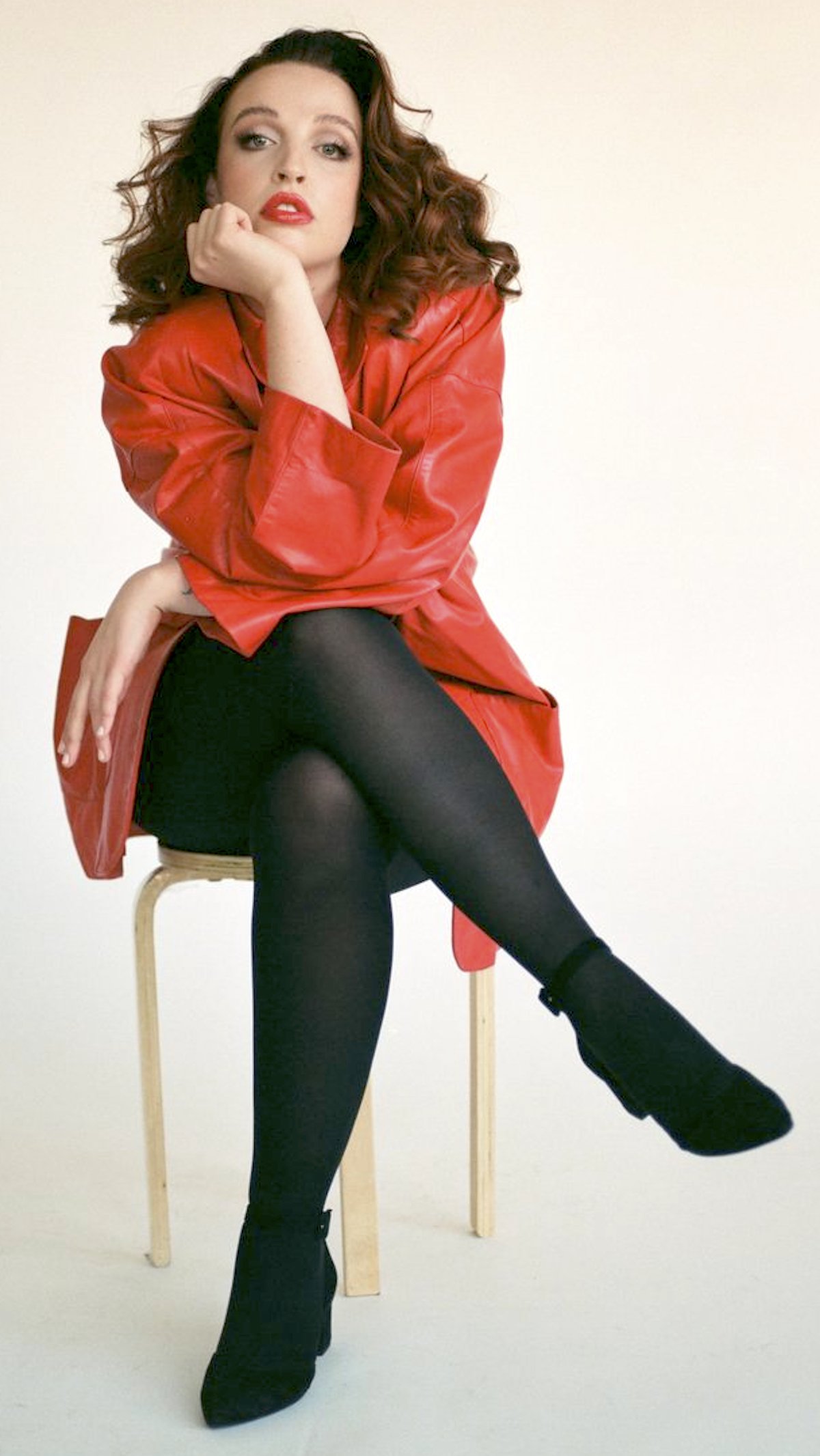