THE EDITED PRESS RELEASE: “Since releasing their first album There Is A Bomb In Gilead in 2012, the road-worn Birmingham, Alabama band — singer and guitarist Lee Bains, bassist Adam Williamson and drummer Blake Williamson — have built a reputation as “punks revved up by the hot-damn hallelujah of Southern rock” who carry on “the Friday-night custom of burning down the house” with a raw live sound captured by Texas punk producer Tim Kerr on studio albums Dereconstructed (2014) and Youth Detention (2017) before recording Live at the Nick (2019) at their hometown dive.

Their work has come to be known, too, for Bains’ lyrics and their literate, incisive social commentary on the band’s beloved homeplace, leading him to publish poetry in the New Yorker and speak at universities from Mississippi to Sweden. Bains and the Williamson brothers can also be found collaborating with artists like Lonnie Holley and Swamp Dogg, lending their bombast to truck-bed protests of Donald Trump and Roy Moore, playing benefit shows for striking Alabama coal miners and Southern Black LGBTQ liberation organizations, and presenting gospel-music live streams for Birmingham and Atlanta food banks.

While the Glory Fires have spent a decade propagating pandemonium with a conscience, in recent years, as the band drove their 400,000+-mile van between shows, they found themselves listening to records that were more produced, arranged, and textured than their own past work, to records that struck them as timeless and immense, ones that invited you in, to get lost in the details. On many bleary-eyed interstate drives, they talked about wanting to make a classic record — not a transparent document of their playing live with the occasional embellishment — but a record. They talked about working with a producer who had made such albums. About taking Bains’ songs and deconstructing them, stripping them down to their most minimal elements, reimagining them, and building them back up again. They talked about closely considering arrangements. Digging into their varied influences. Swapping instruments. Getting high-fidelity sounds. Inviting guest musicians. Incorporating percussion and synthesizers and horns and strings. Maybe even doing a song or two without a blaring electric guitar, or even–gasp — without a guitar at all. 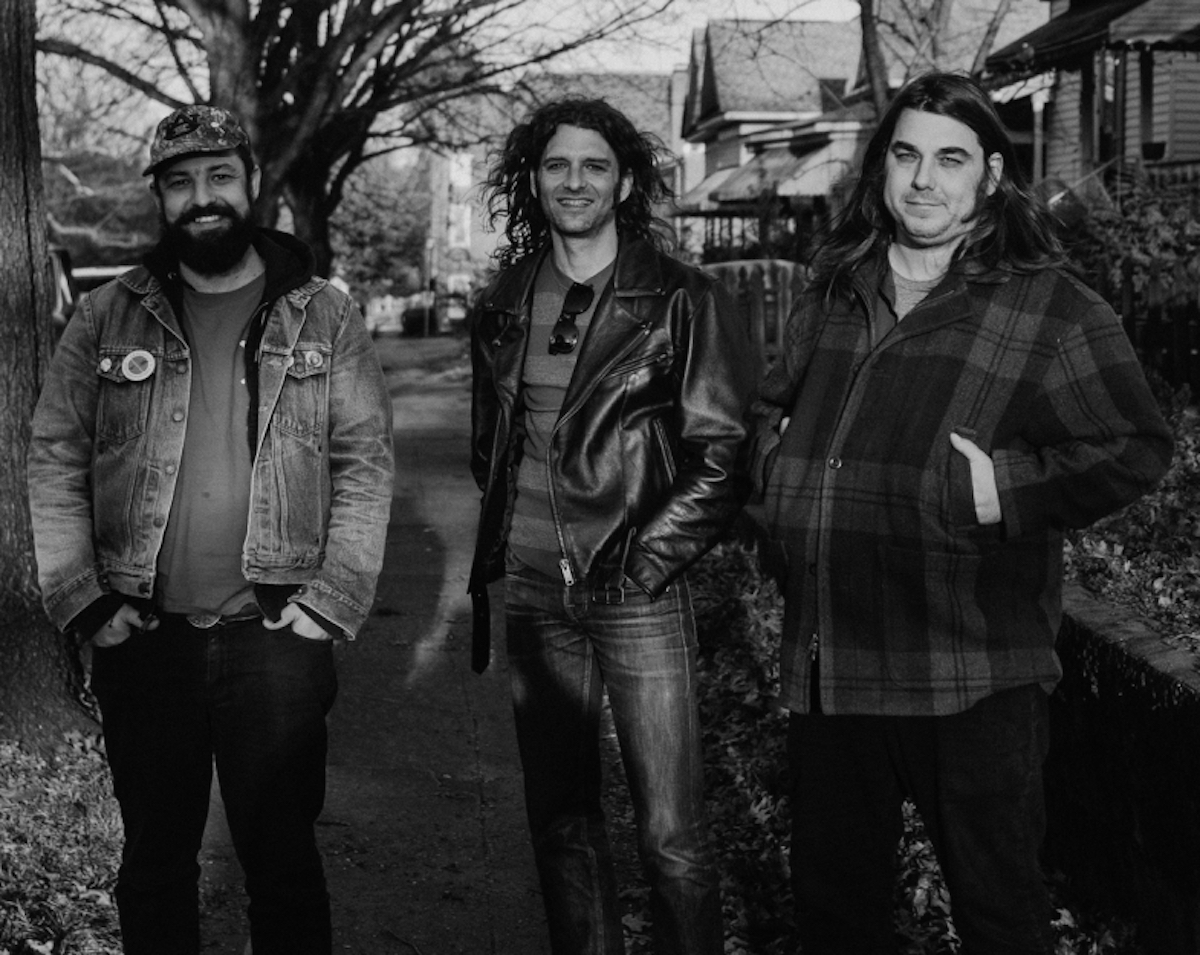 So, that’s what they did. They contacted Athens, Georgia’s David Barbe, whose work with the Drive-By Truckers, Sugar, Son Volt, Vic Chesnutt and countless other artists has earned him a legendary reputation amongst Southern independent rockers, and they agreed to set about bringing this vision to fruition. After months of recording demos with John Paul Foster in Montevallo, Alabama and going over arrangements with Kerr, who the band calls their “coach,” they decamped to Athens to record with Barbe at Chase Park Transduction in December 2019. Soon after laying down the initial tracks, the COVID-19 pandemic erupted, and the usually hard-touring trio soon found themselves at home with yet more time to consider, flesh out, and arrange this new batch of songs. The result is an album whose levels of dynamics, nuance, range, and intimacy are new for the band. Enriching those explorations are kindred musical spirits like pianist Thayer Sarrano, organist Jay Gonzalez (Drive-By Truckers), singer Kym Register (Loamlands), horn players William Washington and Theresa May (Mourning A BLKstar), and string arranger Annie Leeth, whose idiosyncratic contributions to the album deepen that sense of collectivism that the lyrics invoke.

The album was nearly named A People’s History, and its 13 songs are focused on that mission — to investigate the band’s stomping grounds of Alabama and West Georgia, and to summon stories of that land’s peoples, rising up collectively to defend and liberate themselves from systems of power and exploitation. Just as the album’s music meanders between jagged rock ’n’ roll and churchy swells, feedback-drenched dirges and orchestral rave-ups, the lyrics lead us through those rich varied lands and time itself: black-masked protestors face SWAT tanks in smoggy cities; Muscogee warriors encircle a colonial fort along a muddy river; incarcerated workers noisily strike in a maximum-security prison surrounded by cottonfields; coal miners barricade the entrance of a mine; kids talk politics in the alley out back of a punk show; families gather outside a country church to prepare a dinner on the grounds. As we encounter these people and places, we sink deeper into what Bains calls “old-time,” that which connects us to those who have gone before, to the land, to each other, and to something deeper and older still.

While tackling such lofty political, historical and philosophical concepts, the album is also the band’s most intimate, vulnerable and spiritual to date. The perspective is both outward- and inward-facing, Bains never taking on the persona or experience of others, but rather writing about the way his own limited experience and perspective of the band’s place can lift the veils of false narratives, and uncover “piles of winding stories” through time. Throughout the record, great forces — whether exploitative or liberatory, reconciliatory or confrontational, grand or humble, condemning or merciful — show up in the smallest, most personal moments of our lives and relationships, both public and private. Little by little, we are drawn into a long arc of freedom, justice, and beloved community, and into a celebration of and thanksgiving for those who do its work. Bains uses words like a chef, fusing them together like the chips from a multitude of trees are pressed together into particle board. These are songs that are not just songs, but stories and poetry, as well, and Bains’s sense of melody makes the stories into anthems.

In an age characterized by individualism, and at a time when the past seems to be the sole domain of the status quo, Old-Time Folks illustrates the deep, thick, tangled roots of liberation, collectivism, mutuality and solidarity in the Deep South, and where they are flowering and bringing forth fruit today.” 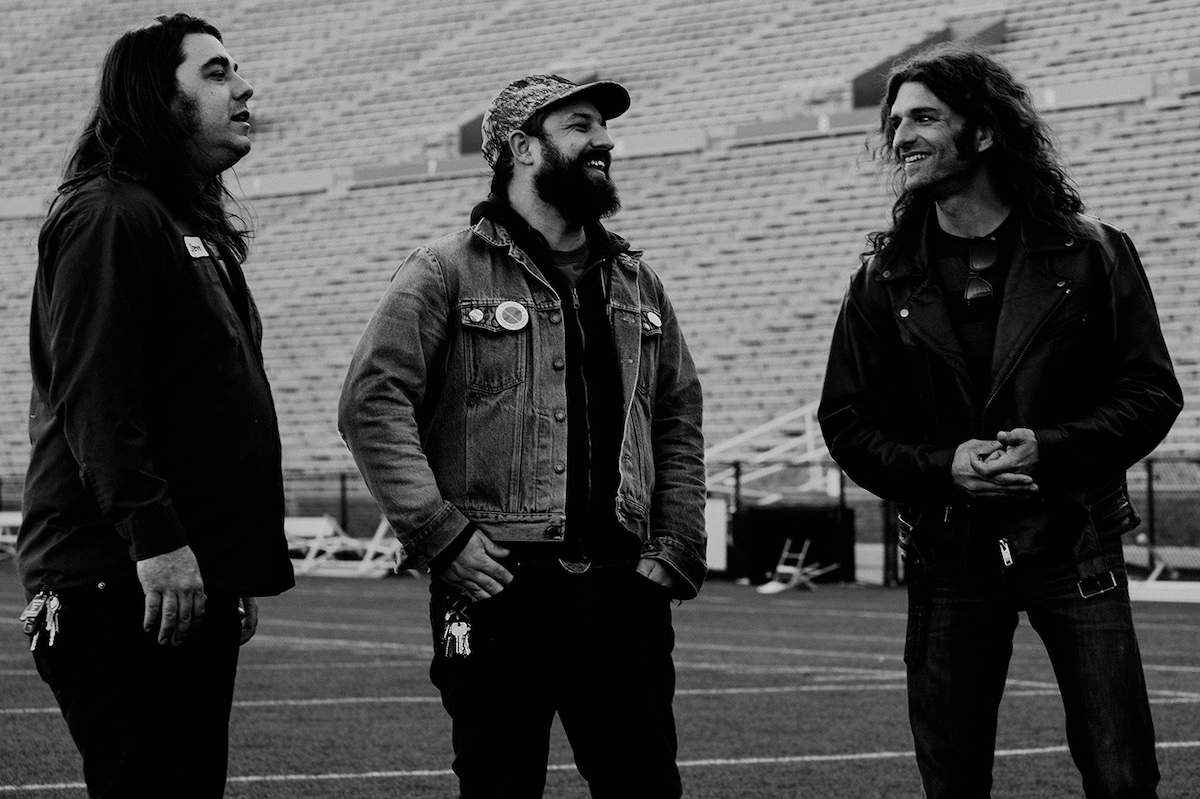