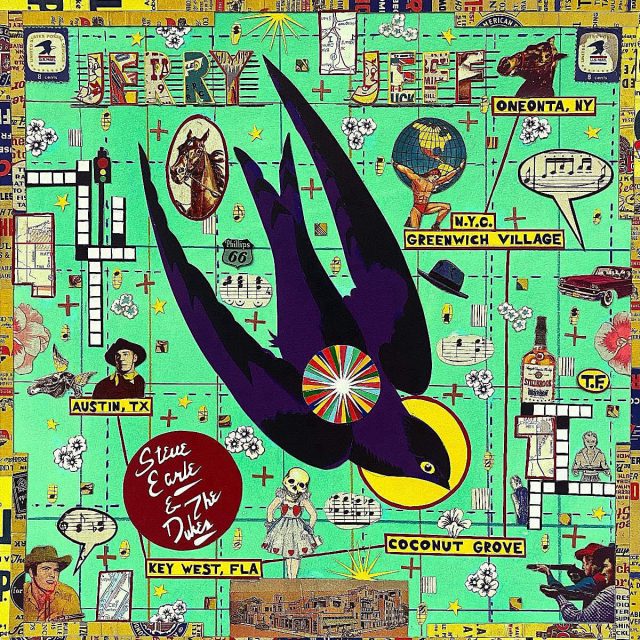 THE EDITED PRESS RELEASE: “Last June, Steve Earle traveled to Luckenbach, Texas, about an hour away from where he grew up, to play an outdoor concert celebrating the life of Jerry Jeff Walker. Walker – the colorful cowboy troubadour whose ballad Mr. Bojangles marked a new era of imaginative folk songwriting — had died at 78 from throat cancer. His wife Susan threw a party for his fans, with Emmylou Harris, Ramblin’ Jack Elliot and Jimmy Buffett all singing Walker’s songs and telling stories. “At one time, many of us thought we would live forever,” said Susan, who married Walker in 1974. “At least we acted like it. But not one of us thought Jerry Jeff would.”

Earle went onstage toward the end of the night. He chose to perform Hill Country Rain, a joyous 1972 singalong. ‘Cause I got a feeling / Something that I can’t explain / It’s like dancing naked / In that high hill country rain.’ “It’s in a bizarre tuning that he made up,” says Earle. “But that was his opus, really. That was full-blown hippie music. That’s all I wanted at that moment. The Texas I grew up in was headed for being more like Southern California.”

The event transported Earle back to his teens, when “I wanted to be Jerry Jeff Walker more than anything else in this world,” he said. Earle, 67, first heard Walker when he was 14 years old. His high school drama teacher gave him a copy of Mr. Bojangles. He was staging The World of Carl Sandburg, a play of Sandburg’s poetry and prose, and wanted Earle to sing Walker’s classic ballad about an unforgettable character he met in a New Orleans jail (Sandburg was an avid song archivist). The album was a revelation.

Earle started learning about Walker, who was born in Oneonta, N.Y., and played psychedelic rock in Greenwich Village before busking around the country, changing his name and becoming one of Texas’s most beloved songwriters. “He literally hitchhiked to gigs. I was trying really hard to be Jerry Jeff for a period. I would show up a little too lit to play gigs sometimes. My hair was kind of long; and I started wearing cowboy hats.” 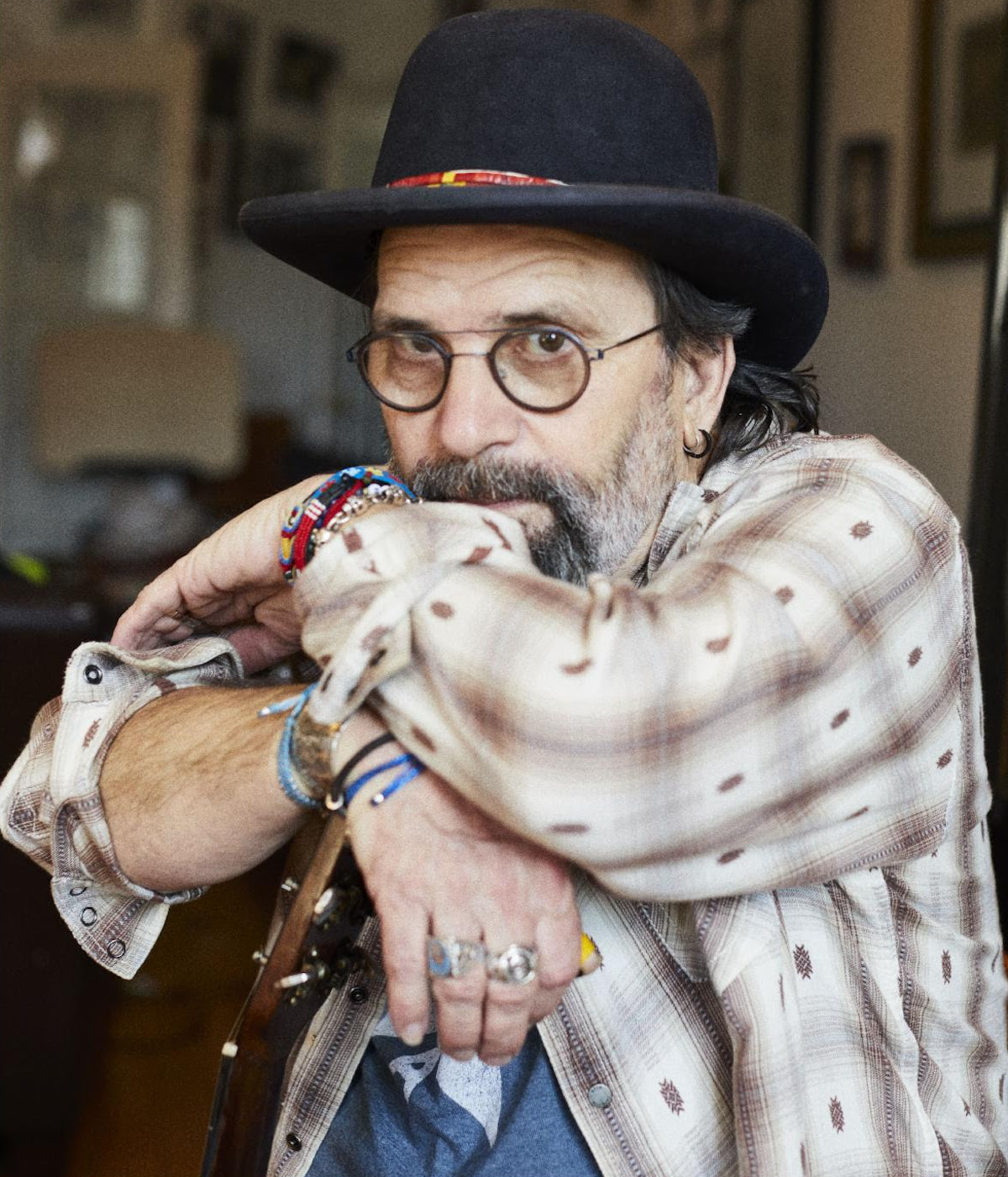 Earle got to know Walker in Nashville in the mid-’70s, when Walker enlisted Earle as — believe it or not — his designated driver. “He was a perpetual motion machine,” says Earle, remembering the night he drove Walker to meet a friend named Neil, who turned out to be Neil Young. “That was a big deal,” says Earle. He laughs remembering the moment Walker handed him a guitar and asked him to sing Young a song by folk singer David Olney. “That was a little insulting. It hurt my feelings a little bit.”

After Walker’s memorial, Earle booked time at Electric Lady Studios to make a tribute album of Walker’s songs, much like he did on 2009’s Townes and 2019’s Guy, made after the deaths of Townes Van Zandt and Guy Clark. (Last year, Earle also recorded the heartbreaking J.T., featuring the brilliant songs of his son Justin Townes Earle, who died at 38 years old in 2020). Earle has said these projects were a necessary form of therapy, and they stand as some of his best records.

“My band played their asses off, per usual,” says Earle of the Jerry Jeff sessions. He isn’t kidding. Earle delivers a gorgeous, soulful Mr. Bojangles, and howls joyful takes of Charlie Dunn, Walker’s endearing tribute to the bootmaker, and Gypsy Songman, his stomping busking anthem. Earle was also excited to include some of Walker’s lesser-known classics — meditative ballads like 1969’s Old Road and 1973’s Wheel. “There’s a tendency to think of Jerry Jeff around a relationship to one song,” he says, referring to Mr Bojangles, which was covered by everyone from Bob Dylan to Sammy Davis Jr. “And he was also such a great interpreter of other people’s songs and such a champion of other people’s songs. But my main purpose of this was to remind people that he wrote a lot of fucking great songs.

“This record completes the set, the work of my first-hand teachers,” Earle writes in the liner notes. “The records were recorded and released in the order in which they left this world. But make no mistake — it was Jerry Jeff Walker who came first.”

Jerry Jeff is Earle’s 22nd album. He’s released nearly an album a year since getting sober in the mid 1990s, LPs ranging from bluegrass to blues to folk to country. One of America’s most gifted living songwriters, he is singing better than he ever has, working harder. At the moment, he’s writing two books, his second play, and hosts his long-running The Steve Earle Show: Hardcore Troubadour Radio on Sirius XM. Throughout the pandemic, he also hosted Steve Earle’s Guitar Town, a YouTube series about his massive instrument collection. “I’m just trying to stay out of trouble,” says Earle with a laugh. “If I stay busy, then I’m OK.”