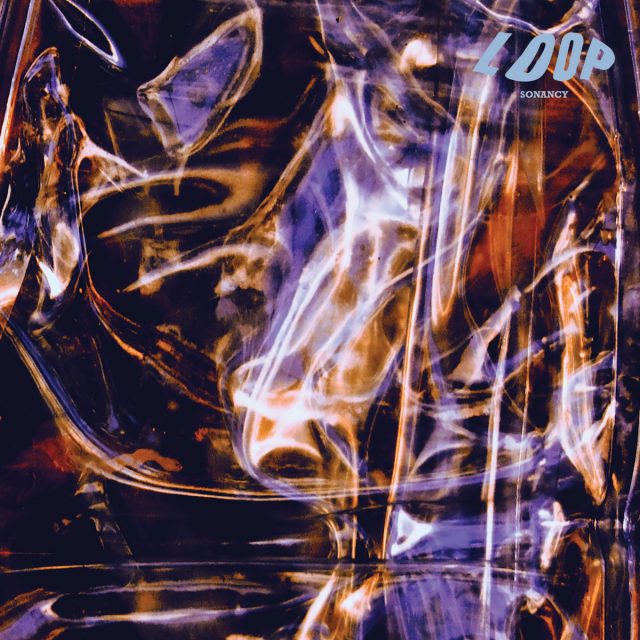 THE EDITED PRESS RELEASE: “Style-wise, it’s incredibly different, going back to thinking about guitars and guitar sounds. Obviously you have to take into consideration things like percussive elements such as drums, which I haven’t been using in my other projects; but this is the mindset that makes up Loop.”

So says Robert Hampson, the indefatigable visionary behind inspirational sonic architects Loop, whose eagerly anticipated fourth LP Sonancy (Latin for “to create noise”) is the perfect document for these strange times. Dynamic, dystopian, righteously angry and unashamedly Loop-ian, it’s an album that marks a vital re-emergence for Hampson and co.

Formed in South London in the mid-1980s, Loop blazed a trail with their potent mix of motorik beats and heavy guitar riffs, recording a trio of brilliant albums that set the indie charts alight before imploding in 1990 after the release of album number three, A Gilded Eternity. As critics enthused at the time, Loop were the sound of Suicide jamming with The Stooges aboard a spaceship built by Hawkwind and piloted by Can. They were post-psychedelic, pre-shoegaze figureheads in a world of anodyne pop jangle and baggy rhythms, and even their closest contemporaries like Spacemen 3 and My Bloody Valentine didn’t plow such a distinctive furrow as theirs.

After Loop’s demise, Hampson pivoted away from guitars with electronic project Main, before moving to France and hooking up with fabled experimental collective Groupe de Recherches Musical (GRM). Loop were a distant memory, one that Hampson seemed unwilling to revisit, so it was a delightful surprise when they remerged in 2013 to play and curate the All Tomorrow’s Parties festival, followed by a performance personally requested by Robert Smith of The Cure at Meltdown Festival in 2018.

“Through that long period when I often said I wouldn’t reform Loop, I didn’t miss it, I didn’t feel the need to have it in my life,” Hampson explains. “It was working with people like Barry Hogan at ATP and the remastered reissues of our original albums coming out that sparked my interest again. It took me a few years to be comfortable to say, ‘Yes, we can do this again, we’re relevant.’ I’m not someone who will do something for the sake of doing something.”

Along with the live shows, there also came new music in the shape of a 2015 EP called Array 1, the first in a planned trio of EPs of protracted tracks which Hampson eventually abandoned in favour of the more direct pleasures of their astounding new full-length Sonancy.

“I dropped the idea of the EP series and went in an entirely different direction. I started writing songs that were much more immediate, tighter, dare I say more aggressive — although not aggressive in the old Loop way, but with a spikiness. It needed to sound more modern. When Main petered out, I started working with people like the GRM in France, so I went in the direction of electroacoustic musique concrète. Loop is completely removed from that, but there are parts of the Array EP and Sonancy that go towards the more experimental sounds. It’s not just guitar thrash.

“My motto has always been ‘Forward’ and I always try to do something new with each record. I always try to push different influences in there. Specifically for this record, I wanted to counter the idea of the Array EP, on which all the tracks were longer and drawn out. They still had the motorik element of bands like Neu! and Can, but Loop’s always had that. With Sonancy I also wanted to take a post-punk sound, spin it on its head and mix it with a psych influence. A total gumbo. Which has always been Loop, this mashup of spicy rhythms.”

Indeed, with its rich mixture of styles and cadences, Sonancy is the sound of Loop in the 21st century, Hampson’s intense guitar work anchored by propulsive backing in service of songs with clinically dissociative titles such as Eolian, Supra, Penumbra and Fermion.

“People who know my music well know that from the last Loop album onwards, my interest in chemistry, science and astronomy have come to the fore,” Hampson elaborates. “I use those titles but I use them in an abstract context. With the cutback, minimalist sound I wanted for this record, I wanted to do that with the lyrics and the titles as well. It’s very immediate. The songs are shorter in length, the lyrics more minimal than ever. 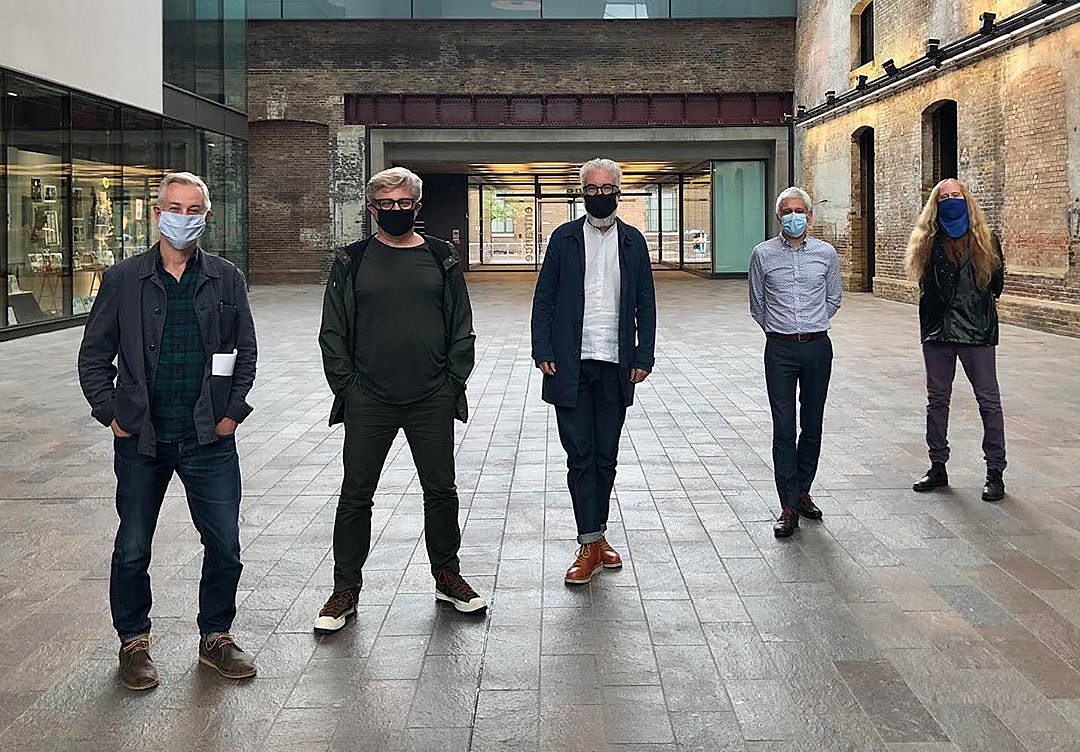 “I’m often asked to print the lyrics but I want people to approach our records with a sense of mystery, so you don’t necessarily know what’s going on. You may call it challenging. I’m influenced by J.G. Ballard and Philip K. Dick to a certain degree. Lyrically, if you listen to it intently, there’s this dystopian outlook. There’s a lot of anger in there. I don’t like seeing the wanton abuse of power, which is what we’re seeing right now and I’m disgusted by it. I wouldn’t say Sonancy is bleak though because I’m one of those people who believes there’s a chance for change. That may be naïve, but I always hope that people will come out of this coma they all seem to be in. I’ve imbued the lyrics with a little bit of hope.”

Hope is a powerful force, one perhaps needed more than ever today. Pandemic lockdowns stretched the making of Sonancy, recorded at long-term Loop soundman Joe Garcia’s Bristol-based studio Joe’s Garage, from an expected couple of weeks to almost a year. Still, if recording was elongated, the experience was made easier by the interplay between the members of what is the most enduring lineup of Loop to date.

“I formed Loop, I’m the sole original member, I’ll just carry on, but the current Loop lineup has been pretty stable for the last six or seven years. We have Wayne [Maskel, drums] and Hugo [Morgan, bass] from The Heads, who a lot of people know, a fantastic rhythm section, and Dan [Boyd] on second guitar, who offered us his services.

“I was very anti-guitar for a long time. You hear progressively through the Main period the guitar fading away. I just felt that it didn’t have any place in what I was sonically trying to do and I didn’t miss it at all. Now, having a guitar in my hands doesn’t bother me anymore as long as I can do something useful with it; and working with the current lineup we have, it’s very enjoyable indeed. Long may it reign.”

Today, Loop stand as innovators in a musical world that has embraced and followed their defiantly individual sound — there are hundreds of contemporary neo-psych artists out there who arguably would not exist without Loop’s pioneering music, music that continues to evolve and grow in the most startling of ways on Sonancy.

Welcome to Sonancy, a sound that is most definitely Loop.”