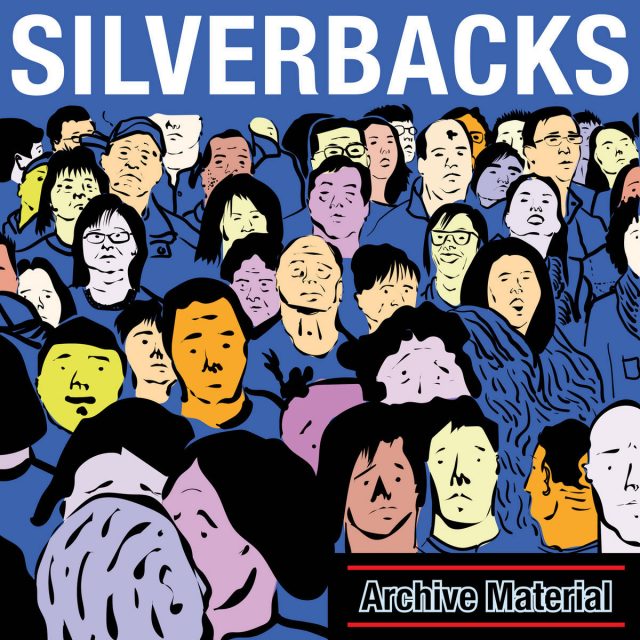 THE EDITED PRESS RELEASE: “In years from now, anyone seeking to make sense of what life was like during a global pandemic should extend their research beyond the newspaper clippings and dive into the art produced during the period. Archive Material — the aptly titled second album by Dublin art-rock quintet Silverbacks — will make for a particularly illuminating listen on the subject. Capturing the absurd mixture of monotony and creeping disquiet experienced by many of us this past 18 months, it’s simultaneously sobering and wickedly droll.

Spend more than five minutes in the company of brothers and band founders Daniel and Kilian O’Kelly and you’ll quickly realize this playfulness is hardwired. Reminiscing about their upbringing in Brussels, they gently rib one another about their early creative abilities. “When Kilian started writing music, around the age of 14/15, it was like, oh shit, that’s better than what I’ve been doing — maybe I should latch on to him a bit,” older brother and lead singer Daniel chuckles. “And that’s still the case,” guitarist/vocalist Kilian bats back, grinning.

They laugh too recalling how — prior to the existence of streaming services — they used their dad’s extensive record collection as a lending library, much to his disapproval. “The rule in the house was (you could borrow) just one CD at a time,” Daniel explains. “It was like borrowing a book: you’d check it out for a night and then the next day he’d be immediately chasing up on the CD asking, ‘Where is it?’ And then he’d fine us.”

It was via these limited loans that the pair first discovered the work of Frank Zappa, The Beatles and Miles Davis, as well as some of the records and bands that would go on to inspire their output in Silverbacks specifically. “Television’s Marquee Moon was a big one,” Daniel recalls. “Pavement’s Crooked Rain, Crooked Rain was another. And then Sonic Youth generally.”

The siblings’ songwriting partnership only began in earnest when Daniel moved to Kildare to study music in 2008, with the pair swapping ideas over email under the band name Mighty Good Leaders. Two years later, Kilian joined Daniel at college in Maynooth and — after changing their name to Silverbacks — they expanded the lineup, recruiting course mates Peadar Kearney on guitar and Emma Hanlon on bass, alongside a revolving cast of drummers. This arrangement continued until 2014, when Peadar left to live in France and the band reverted back to being a bedroom project. The current incarnation of Silverbacks officially began two years later, upon Peadar’s return to Dublin, with drummer Gary Wickham completing the lineup.

The five-piece’s first release together — Just For A Better View — arrived in 2017, instantly picking up praise from an array of blogs. Their 2018 single Dunkirk extended their audience even further, showcasing Daniel’s sardonic lyrical style as he played a man having a mid-life crisis on the site of the former battleground. As a result of the single’s success, they gigged solidly for two years, touring Ireland extensively, and playing shows across the U.K. and Europe with Girl Band between working on their full-length debut Fad.

Recorded with Girl Band bassist Daniel Fox — who the band had initially admired for his production work with Paddy Hanna — its release was scheduled for November 2019, before being put back to March 2020 for logistical reasons. When the music industry was derailed by the pandemic, its release was postponed indefinitely. Frustrated, the band took control and opted to put it out in July 2020, against the advice of their label. Daniel explains, “We knew it was a risk, but just for our own sanity, we just needed to get it out there and move on to the next thing.” It was a leap of faith that paid off, with the disc getting nominated for the RTE Choice Music Prize Irish Album of the Year. Not that the band hung around to revel in the acclaim: they were already hard at work on the followup.

Archive Material only cements Silverbacks’ status as one of Ireland’s most fascinating bands. Recorded at Dublin’s Sonic Studios in November 2020, with Fox undertaking production duties once more, it finds the band leaning into their early influences, delivering idiosyncratic indie-rock packed with intricate, Tom Verlaine-esque “guitarmony”. Other reference points for the record included Neil Young, Weyes Blood and — on Wear My Medals in particular — Bradford Cox and Cate Le Bon’s collaborative Myths 004. 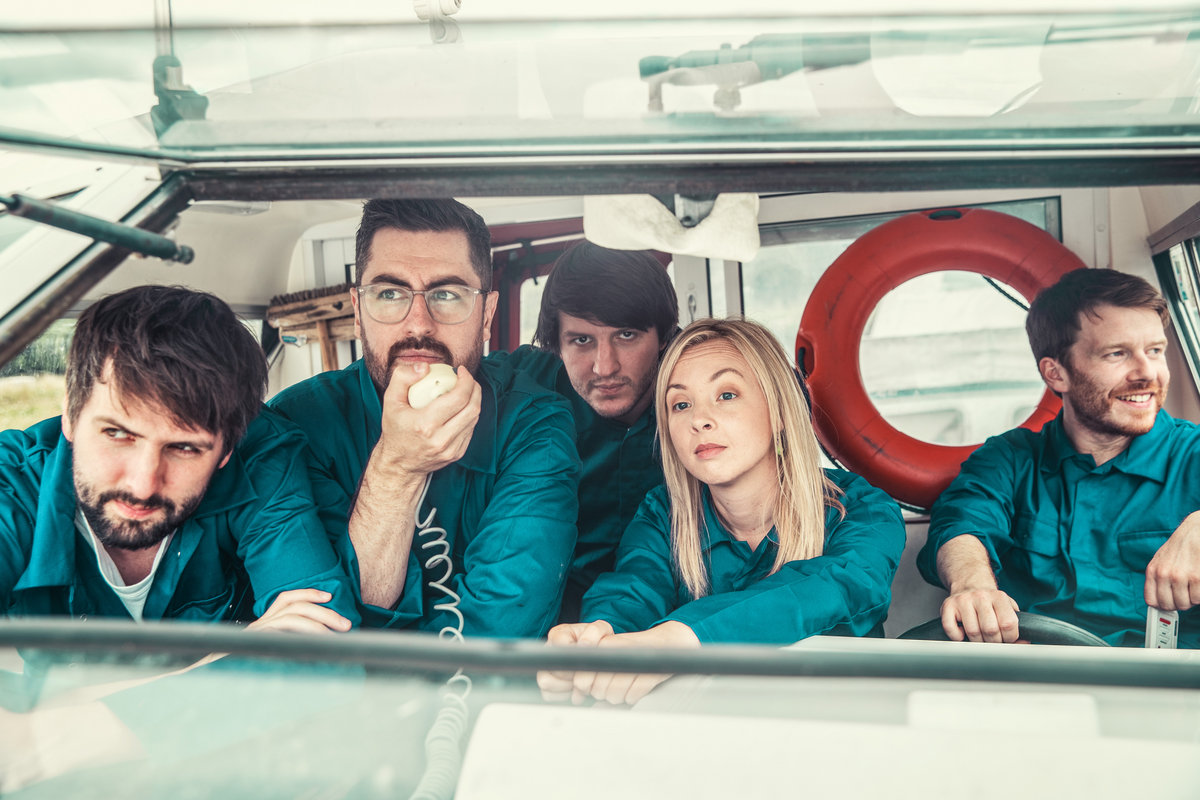 Where Fad found Silverbacks focused on recapturing the live experience rather than reveling in studio experimentation, Archive Material skillfully traverses the line between the two. As a unit, they replicate that irrepressible live energy via complex arrangements incorporating everything from wistful Rhodes (Carshade) to congas and Gang Of Four-style bass (Different Kind Of Holiday). Thematically, the record is every bit as rich, displaying an anthropological approach as exemplified by the album’s artwork. The initial premise for They Were Never Our People came from a YouTube comment, portraying the decline of a town that has lost its footfall as the result of a bypass. Meanwhile, Central Tones is an empathetic character study of someone seemingly content to trade off former glories, but secretly deeply unhappy.

On several songs, the pandemic functions as a particularly effective prism through which to examine ideas of community. A Job Worth Something finds Daniel reflecting on his real-life experiences working in insurance while his sister treated patients on a COVID ward, and the feelings of futility and guilt he felt at the time. Different Kind Of Holiday was inspired by the ways in which previously uncommunicative neighbours bonded with each other during periods of enforced confinement. Throughout, his observations arrived drenched in the same surreal strain of gallow’s humour that many of us were forced to adopt to lighten the toughest moments of the lockdown.

Daniel explains, “I can’t remember who it was, but I saw a musician who said that they’d be keeping away from writing anything about the pandemic, because who wants to hear about that? But I’d much rather hear about an event via someone who actually lived through it, rather than someone writing about it retrospectively.”

Keenly observed and vividly rendered, Archive Material is an eyewitness account of human resilience as much as it is a compelling indie-rock record. Future historians take note.”