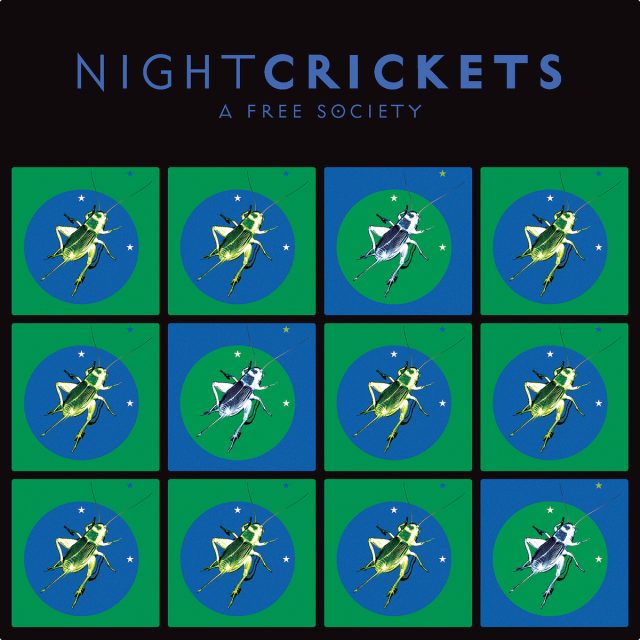 THE EDITED PRESS RELEASE: “Foundational bands in the history of alternative music certainly include Bauhaus, Love and Rockets and Violent Femmes. San Francisco-born artist Darwin Meiners was a fan of all three. A chance meeting 13 years ago with David J (Bauhaus, Love and Rockets) grew into a friendship, and Darwin not only became a bandmate, but David J’s manager. After reaching out to Victor DeLorenzo through e-mail, Darwin met the Violent Femmes drummer after their Coachella set in 2013. Soon after the three collaborated on Darwin’s 2014 album release titled Souvenir.

As the pandemic took hold, Darwin was looking for a new project to occupy the lockdown time and approached Victor, who was keen to proceed and suggested that David join as well. The musical trust established among these three was immediate, and Night Crickets were born. Within weeks, a global process was initiated. According to the band, their collaboration was a “long-distance groove conducted during the drawn-out days of lockdown and beyond. Audio files shared from Los Angeles to Milwaukee, from London to the San Francisco Bay; the ghosts of Candlestick Park shimmer through the fog, the Devil comes a-knocking on Peter Laughner’s door and Amanda Gorman conjures forth words of inspiration for the dawn of the new millennium.” 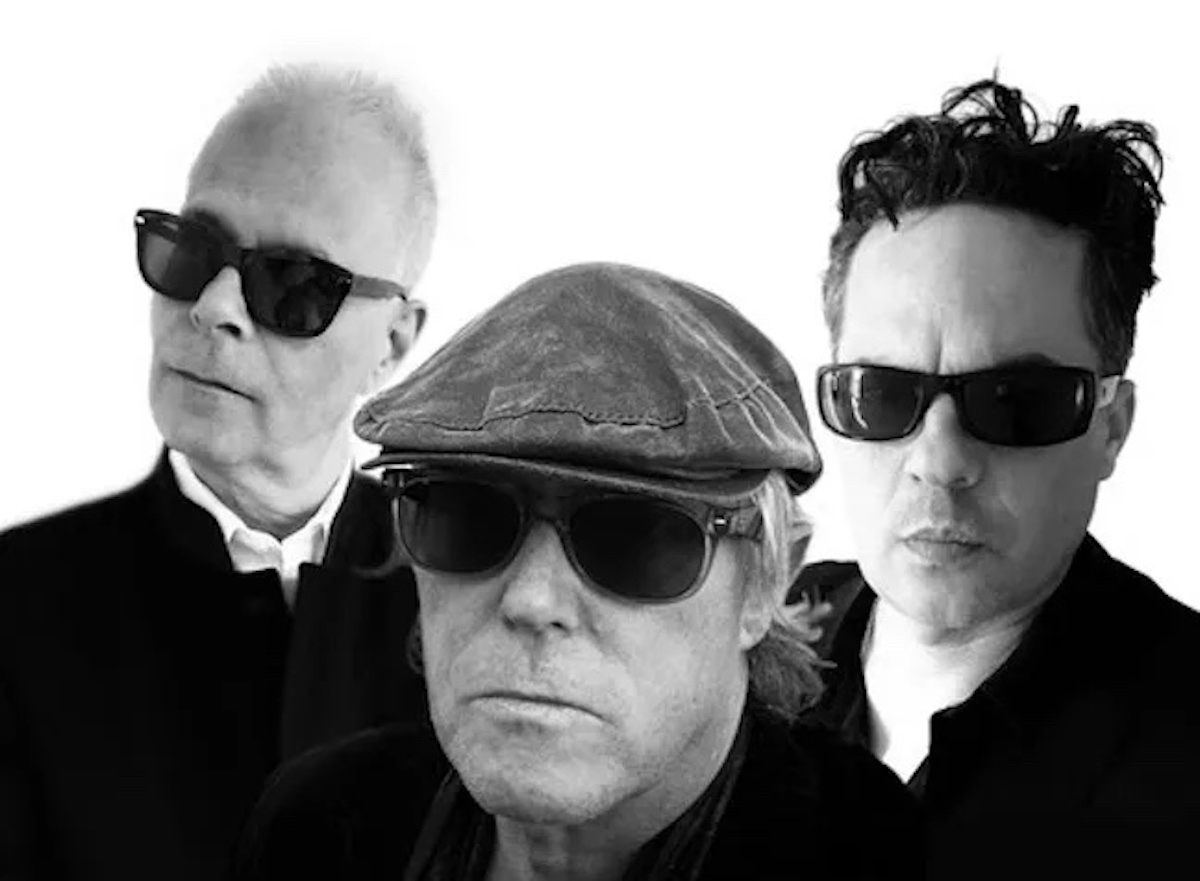 The trio are a loose collective of like-minded creative souls left stranded in their respective locales due to the great pandemic. Yet through sheer tenacity and a burning desire to collaborate and create, they transcend the restrictions of the times and pull together a glorious gesamtkunstwerk (German for “total artwork”) that incorporates the past, the present and the imagined future.

As for the band’s name, it came from one of many Zoom meetings among the three members. After addressing various pressing musical issues, the conversation rambled somewhat and turned to the subject of David Lynch, with David J telling an anecdote which was told to him by Lynch’s sound designer John Neff. Lynch had asked Neff to obtain a field recording of crickets chirping at night for inclusion in Mulholland Drive. When Neff played him the tape, the director immediately recognized the sound that the insects make when it is light which is apparently a little different to their nocturnal chirp. “No! No! No! These are day crickets, John! I want my night crickets!” Victor, Darwin, and David then shared a look of mutual realization and instantly agreed that the project now had a name.

Hark! Night Crickets are chirping as the world is set on fire and the sun is going down.”