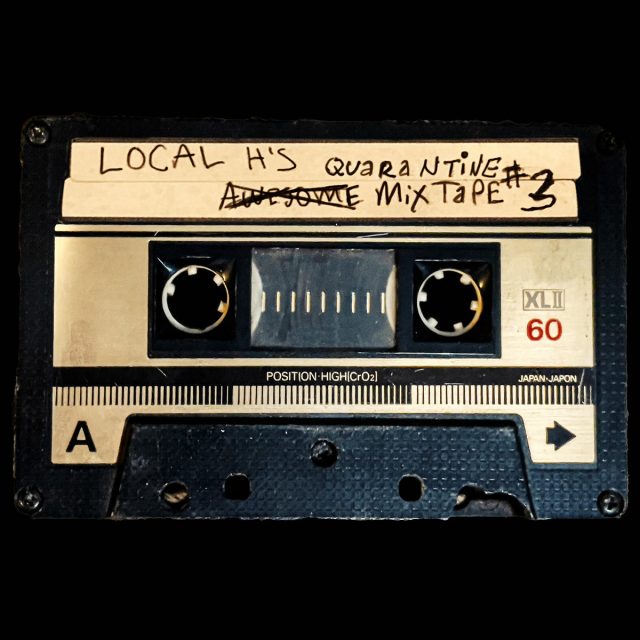 THE EDITED PRESS RELEASE: “Rock ’n’ roll stalwarts Local H remain as prolific and hungry as ever three decades into their perennially loud career — and even a global pandemic couldn’t put a stop to that.

During quarantine, frontman Scott Lucas began doing live streams from his living room (or bathroom … or bedroom …) on a near-daily basis. He covered everyone from Prince to Blondie to Fountains Of Wayne to Mark Lanegan. Fast-forward a couple of months later and the band decided to pick the best of those “sessions” and record them for the third entry in their series of cover albums, aptly titled Awesome Quarantine Mix-Tape #3.

Recorded at Million Yen Studios in Chicago with their longtime collaborator Andy Gerber, the Awesome Quarantine Mix-Tape is a testament to the solace that music can provide during the most difficult of times. Local H are set to embark on months of steady touring in support of the release, celebrating the return of live music and the world getting back into motion.”