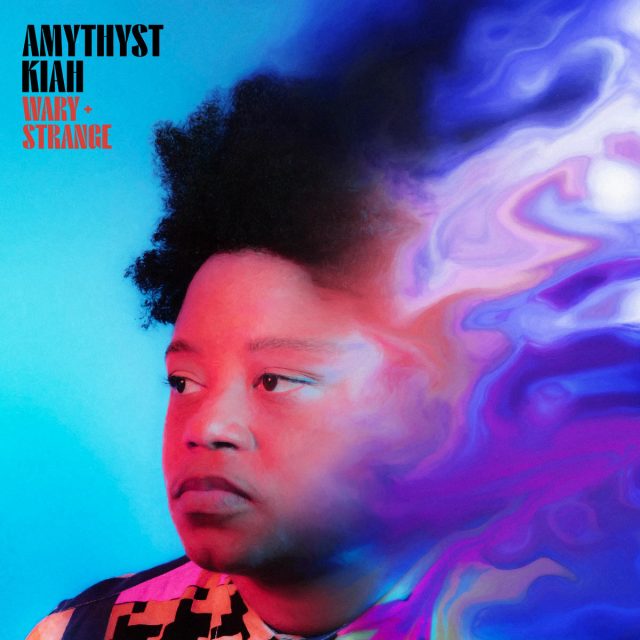 THE EDITED PRESS RELEASE: “Amythyst Kiah’s Wary + Strange finds her redrawing the lines of roots music, and then coloring completely outside of them with a collision of styles that is fearless, iconoclastic and exhilarating. Expanding on the role she staked out in Our Native Daughters — the Grammy-nominated, all-women-of-color supergroup she co-founded with Rhiannon Giddens, Leyla McCalla and Allison Russell — Amythyst’s writing on Wary + Strange is raw yet nuanced, as she expresses grief, alienation, and ultimately the hard-won triumph of total self acceptance.

Produced by Tony Berg (Phoebe Bridgers, Amos Lee, Andrew Bird) and recorded at L.A.’s legendary Sound City Studios, with a musical A-team that included guitarist Blake Mills (Bob Dylan, Alabama Shakes), keyboardist Ethan Gruska (Fiona Apple, Perfume Genius), bassists Wendy Melvoin (Prince & The Revolution, Madonna, Neil Finn) and Gabe Noel (Kamasi Washington, Father John Misty), and pedal steel player Rich Hinman (k.d. lang, Tanya Tucker) among others, Wary + Strange is a deeply immersive body of work and the culmination of years of tireless effort and exploration. Throughout the album, the Tennessee-bred Amythyst uses inventive rhythms and textures to create a sound that is genuinely new. But the sonic grandeur of Wary + Strange never eclipses the visceral impact of Amythyst’s storytelling, which is unflinching in its examination of her mother’s suicide, the realities of being a Black and queer woman living in the Bible Belt, her own struggles with alcohol and more.

To accompany the album announcement, Amythyst shared the album track Wild Turkey, a stark recounting of her mother’s death and its aftermath. Punctuated by doleful bursts of melotron and building to one of the album’s most powerful moments of release, the quietly devastating song charts Amythyst’s journey from denial to acceptance. “Wild Turkey in the car seat,” she sings, “the bottle’s empty, I hope it gave her some relief.”

Wild Turkey follows the February release of the radically reimagined version of her Grammy-nominated song Black Myself. Departing from the mid-tempo acoustic original recorded by Our Native Daughters, Amythyst’s new version amplifies the song’s kinetic tension via stacked vocals and a wash of electric guitar.”