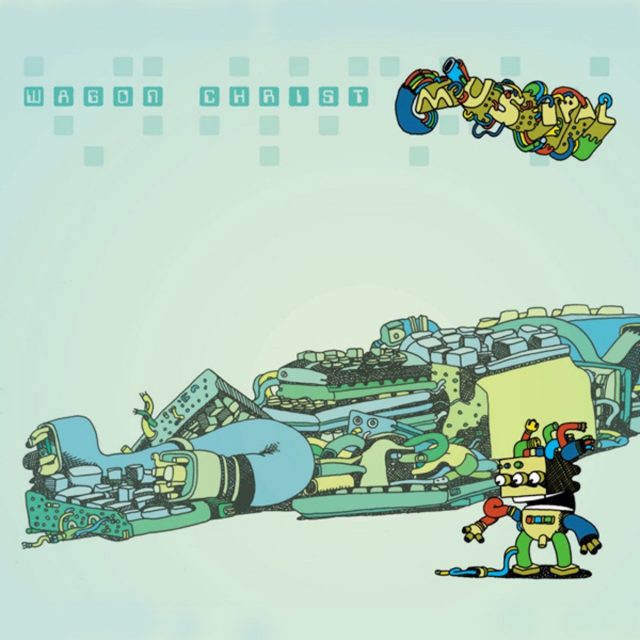 There must be something in the water in Cornwall. How else to explain why so many of electronica’s elite all emerged from the same place at the same time? Aphex Twin, µ-ziq, Jega — all West Country lads. As is Wagon Christ, known to his old school chum Aphex as Luke Vibert.

Luke’s music has the same grooves, the same moves, the same bedroom-fi genius of Aphex and the rest, but in a brighter package — while so much electronica is a cold, clinical medium, Luke just wants to have a laugh. The baker’s dozen tracks on Musipal swim in playful post-psychedelic kookiness, from the lumpy rolling beats and comic vocals to the poppy handclaps, woozy keyboards and DJ prestidigitation. At times, it almost resembles Nine Inch Nails on laughing gas; at others, James Brown getting down on Venus. But the one thing Vibert never does is bore you.