Rock back to the glorious ’80s, get up to speed on the life of Steve Marriott, take a dive deep into the catalogs of Radiohead and John Prine, read Johnny Cash’s final interview — and catch up on the rest of next week’s musical reads. See if you can guess which one I included just because the title is awesome (even more awesome: It’s a e-book that sells for just over $1).

Nöthin’ But a Good Time: The Uncensored History of the ’80s Hard Rock Explosion
By Tom Beaujour & Richard Bienstock

THE EDITED PRESS RELEASE: “Nothin’ But A Good Time is the definitive, no-holds-barred oral history of 1980s hard rock and hair metal, told by the musicians and industry insiders who lived it. Hard rock in the 1980s was a hedonistic and often intensely creative wellspring of escapism that perfectly encapsulated ― and maybe even helped to define ― a spectacularly over-the-top decade. Indeed, fist-pumping hits like Twisted Sister’s We’re Not Gonna Take It, Mötley Crüe’s Girls, Girls, Girls, and Guns N’ Roses’ Welcome to the Jungle are as inextricably linked to the era as Reaganomics, Pac-Man and E.T. From the do-or-die early days of self-financed recordings and D.I.Y. concert productions that were as flashy as they were foolhardy, to the multi-platinum, MTV-powered glory years of stadium-shaking anthems and chart-topping power ballads, to the ultimate crash when grunge bands like Nirvana forever altered the entire climate of the business, Tom Beaujour and Richard Bienstock’s Nothin’ But A Good Time captures the energy and excess of the hair metal years in the words of the musicians, managers, producers, engineers, label executives, publicists, stylists, costume designers, photographers, journalists, magazine publishers, video directors, club bookers, roadies, groupies, and hangers-on who lived it.” 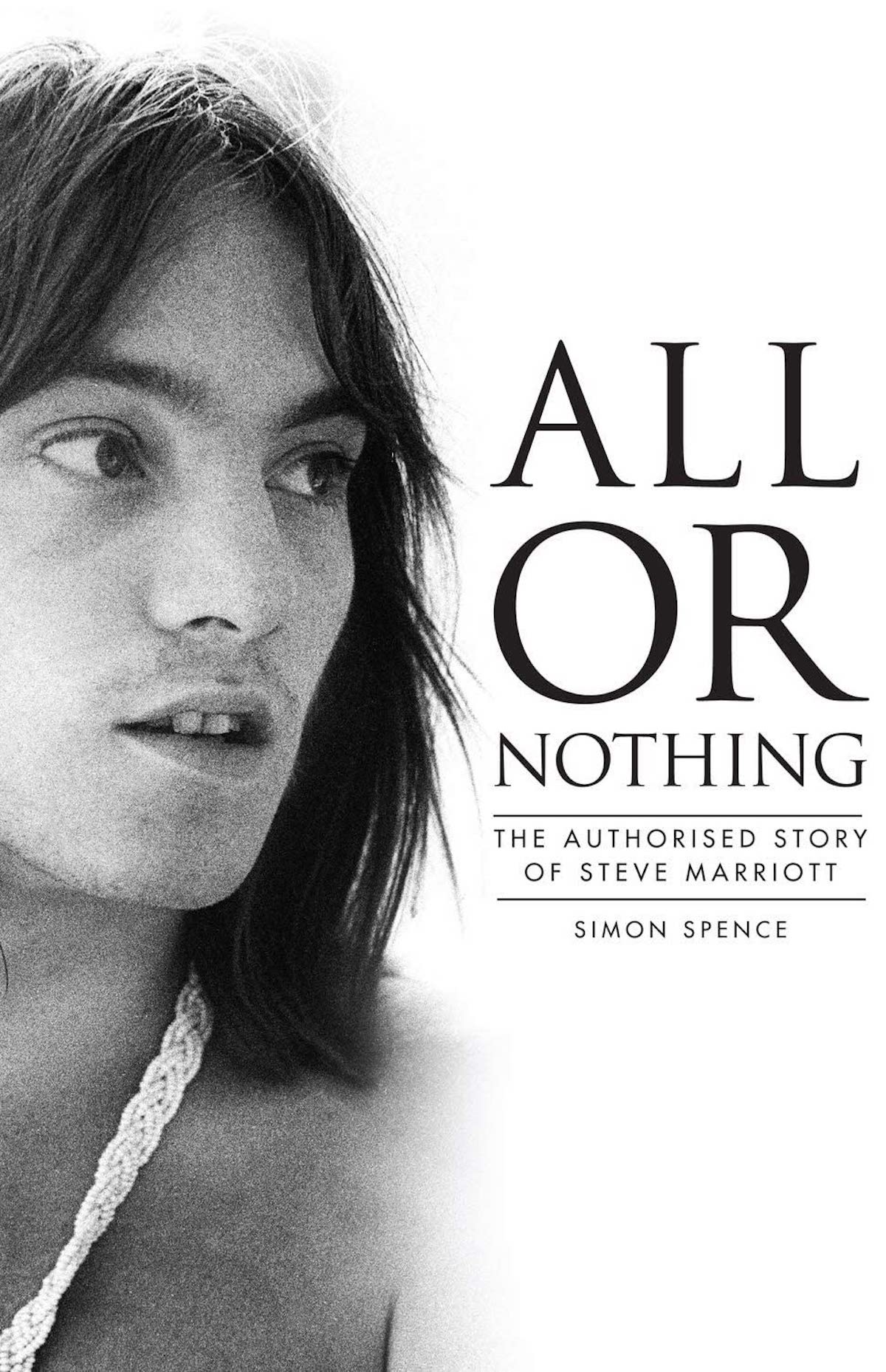 All or Nothing: The Story of Steve Marriott
By Simon Spence

THE EDITED PRESS RELEASE: “Steve Marriott, lead singer of The Small Faces and Humble Pie, had a voice coveted by Bob Dylan, Robert Plant, Roger Daltrey and David Bowie, amongst many others. All or Nothing, Simon Spence’s authorized oral history biography, is drawn from over 125 interviews with those who knew Marriott intimately: his wives, children, bandmates, and closest friends, managers, record producers, record label bosses, and his fellow musicians. Included are scores of people who have never told their story before.” 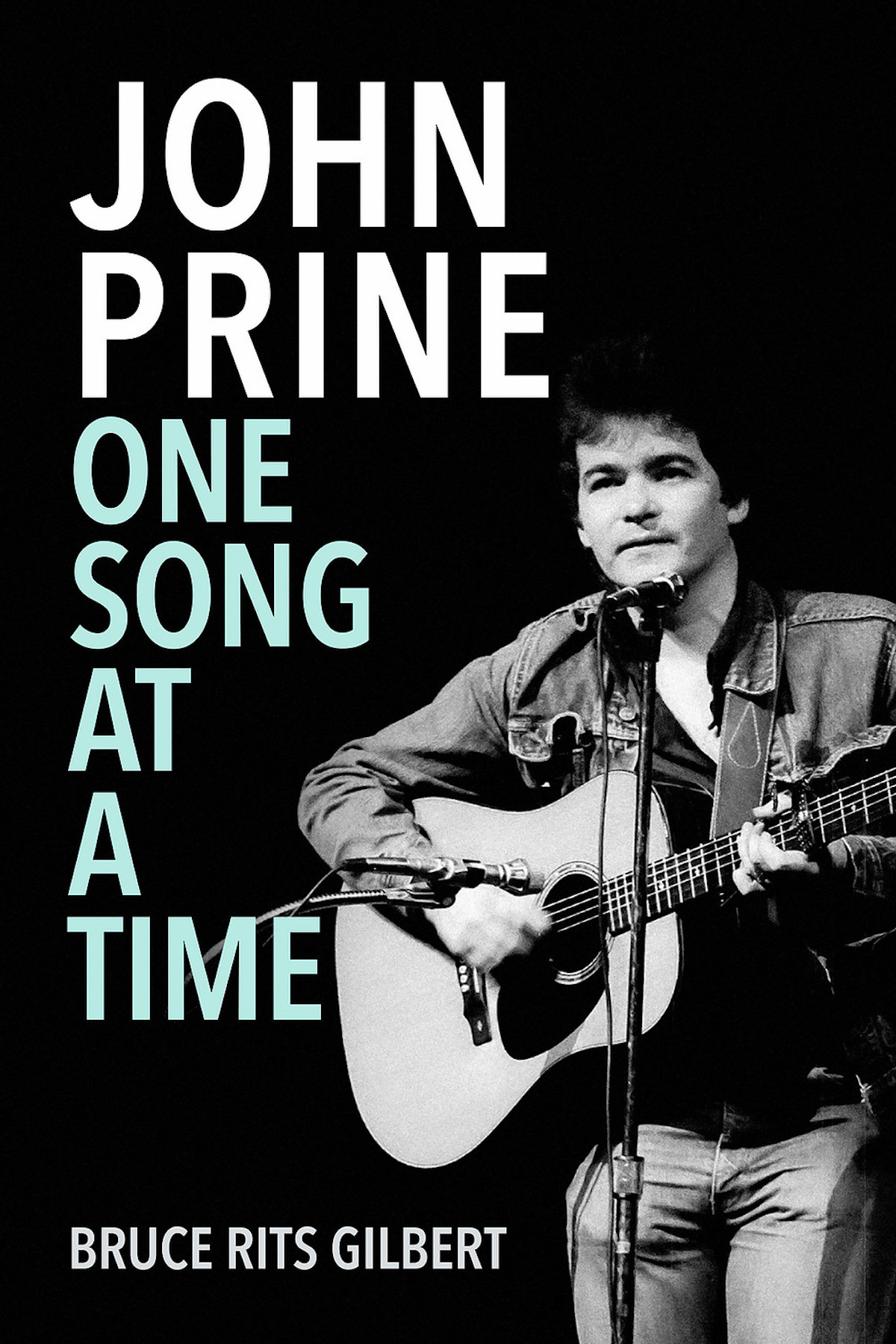 John Prine: One Song at a Time
By Bruce Rits Gilbert

THE EDITED PRESS RELEASE: “John Prine: One Song at a Time is one fan’s tribute to the music of John Prine. In chronological order, the book discusses each song on each album, beginning with John Prine’s debut record and ending with his final single. Synthesizing reviews, anecdotes, interviews, live shows, lyrics, and John Prine’s own reflections from 1970 to 2020, Bruce Rits Gilbert offers a unique celebration of the work that this beloved musician left behind. Album by album. One song at a time.” 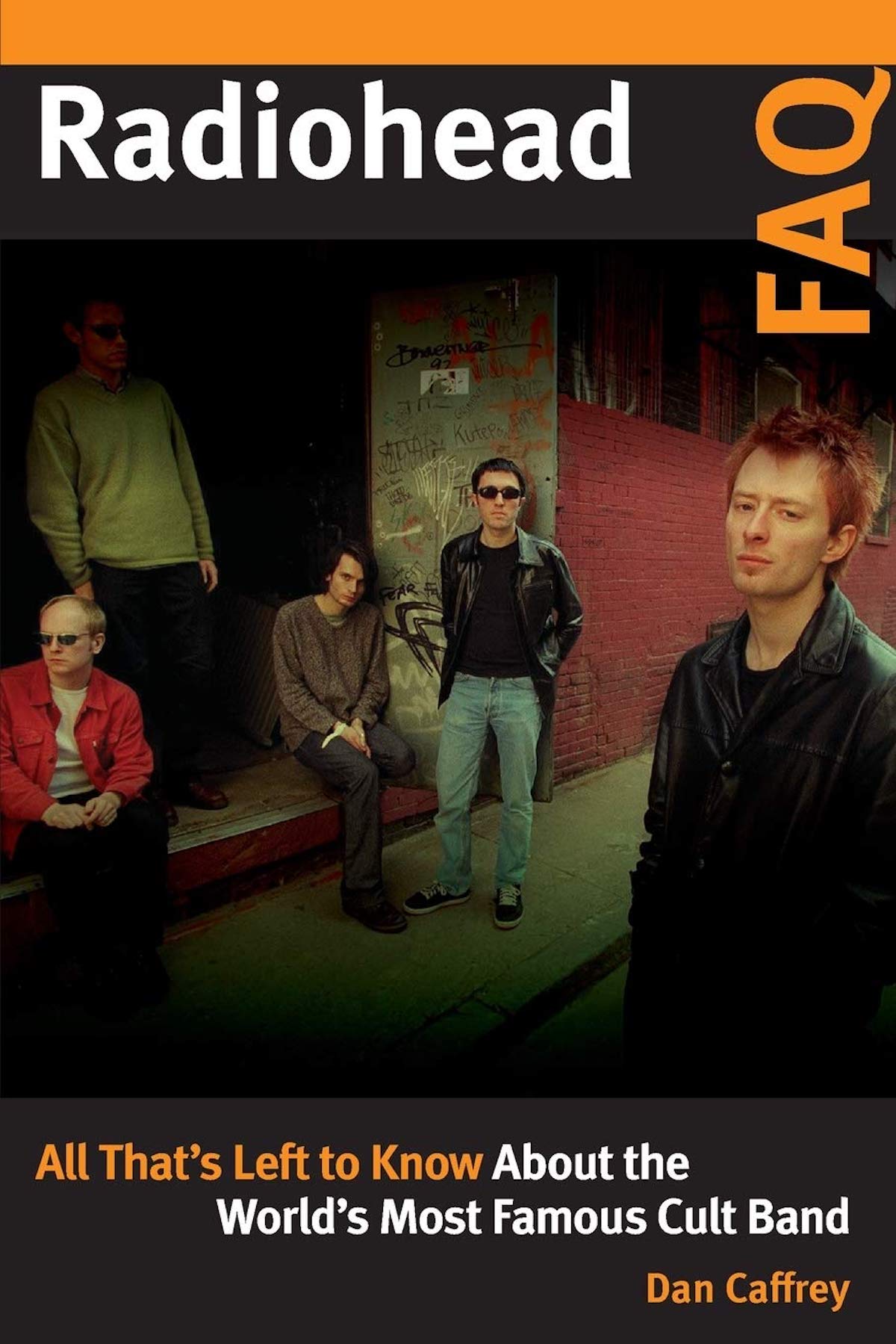 Radiohead FAQ: All That’s Left to Know About the World’s Most Famous Cult Band
By Dan Caffrey

THE EDITED PRESS RELEASE: “No band in recent history has divided listeners’ opinions as much as Radiohead. Are they The Beatles of the 21st century, or is their music just pretentious, overly melancholic, and sometimes boring? Musician, pop-culture critic, and playwright Dan Caffrey wasn’t always a Radiohead fan, but that all changed one Chicago winter, when he suddenly found their album In Rainbows to be a welcome source of sonic warmth. An extension of Caffrey’s deep but often cautious love for the band, Radiohead FAQ presents a fittingly sideways look at what he’s dubbed “the world’s most famous cult band.” Inside these pages, readers will find the essentials of the Radiohead story — along with deep dives into seldom explored topics, from the humor surrounding the band’s music to the numerous hip-hop artists who have sampled their songs. Each chapter is devoted to a band member plus their producer and “sixth member” Nigel Godrich, revealing comprehensive biographical details about each person. The end result is a book custom made for casual Radiohead fans and obsessives alike — filled with little known facts, new ways of looking at their music, and, like any music book worth its salt, maddening opinions.” 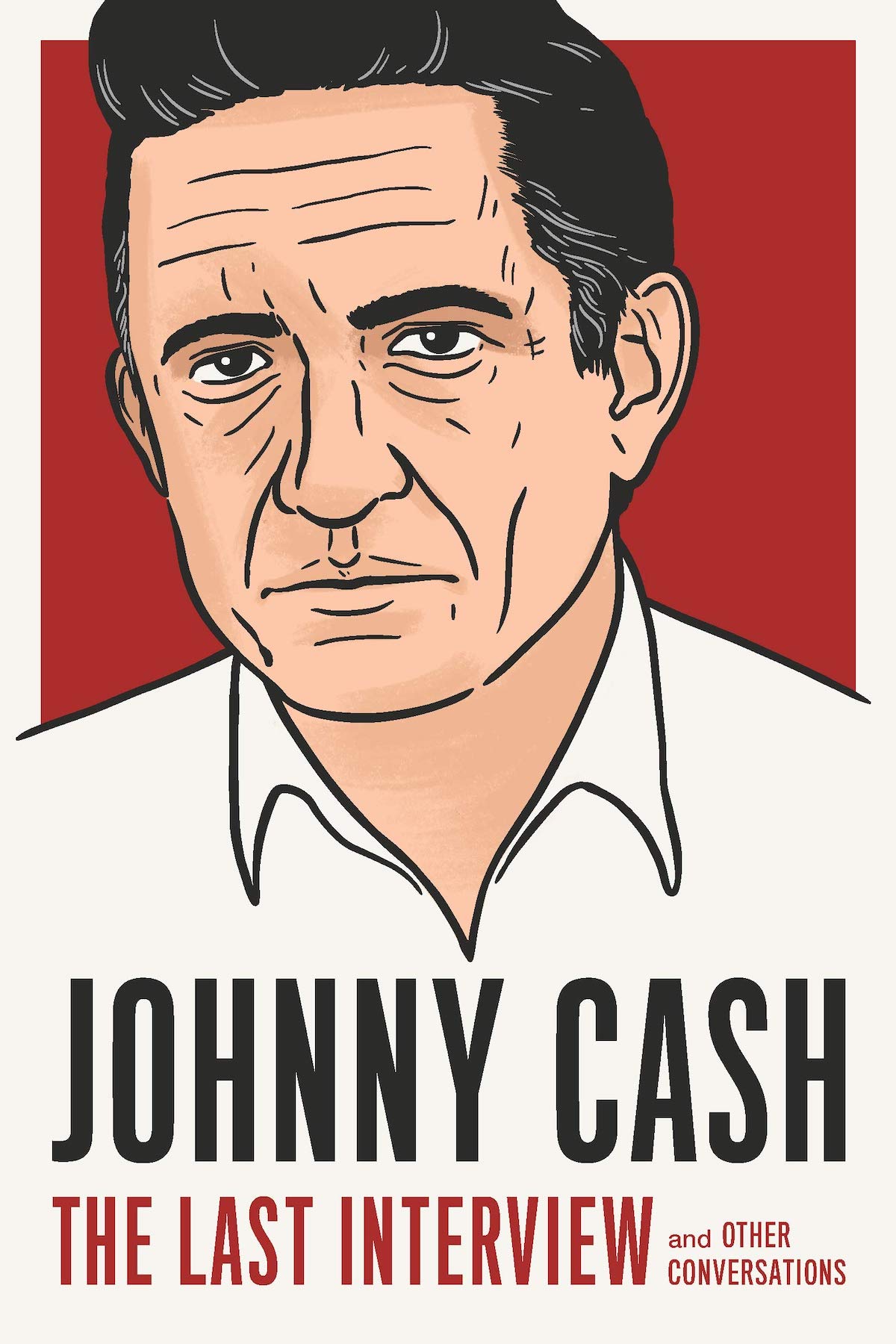 Johnny Cash: The Last Interview And Other Conversations
By Johnny Cash & Various Authors

THE EDITED PRESS RELEASE: “Johnny Cash seemed like the stuff of legend when he was alive, and even more so as he achieved something close to sainthood in death. The interviews collected here bring us closer to the actual man: brilliant, falliable, introspective, and longing for redemption. Mythmaker, philosopher, sinner, and saint, Johnny Cash is perhaps the quintessential American icon. Though often rebellious and unruly, he rarely spoke without intention, sincerity, and a bit of poetry. Together with an introduction by music critic Peter Guralnick, the interviews here spotlight that inimitable rhetorical style, and the fascinating diversity of subjects that made him as relatable as he was mysterious. From a hopped up early interview with Pete Seeger, to a meditation on sobriety, to the last interview in which he stares calmly into the face of death, this collection brings together decades of insight as deeply profound as the unforgettable baritone of The Man in Black himself.” 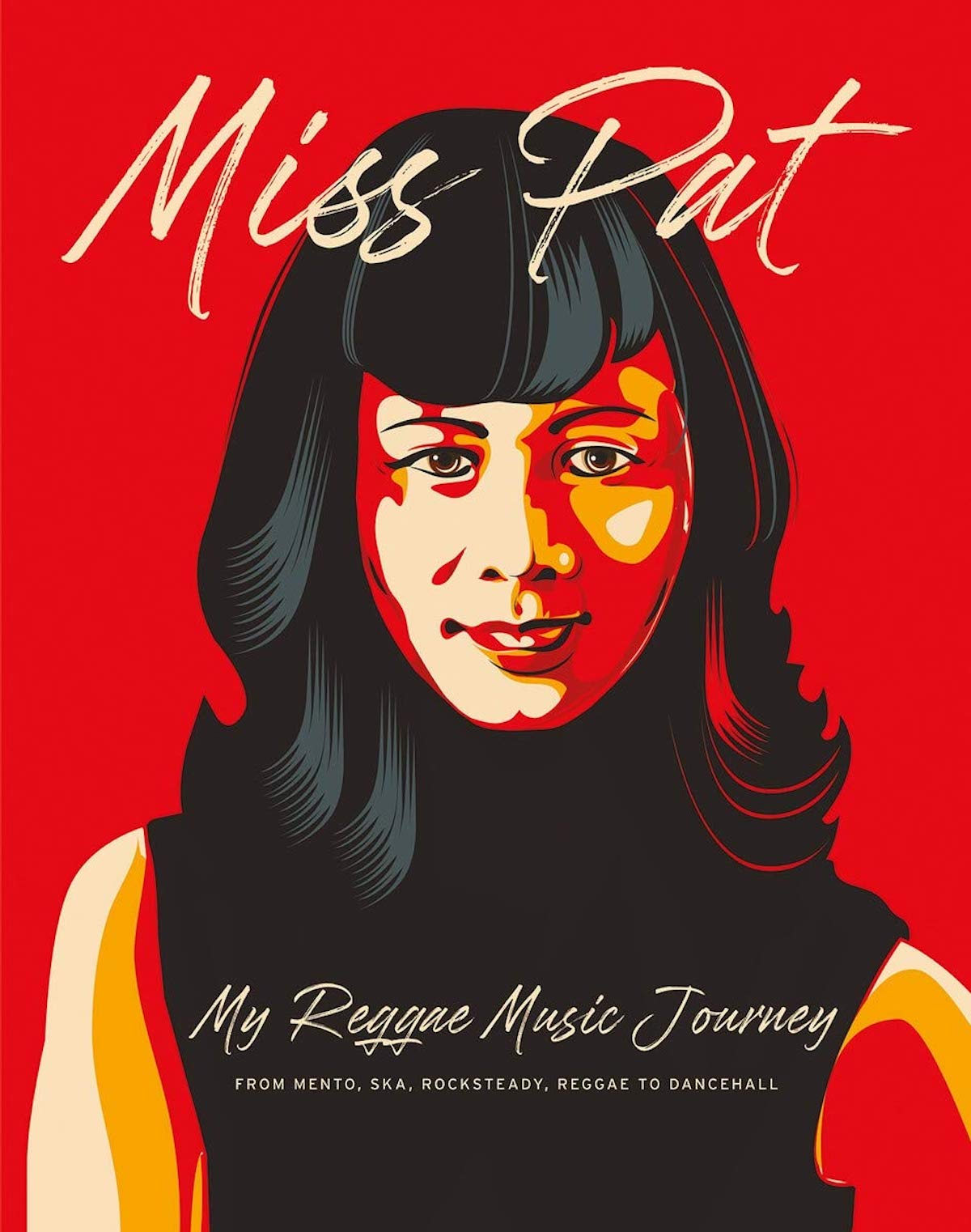 THE EDITED PRESS RELEASE: “VP Records co-founder and one of the reigning matriarchs of reggae music, Patricia “Miss Pat” Chin continues to lead the largest independent label and distributor of Caribbean music. Her energetic and engaging autobiography covers her family history, her relationship with her late husband Vincent Chin — and to Jamaica overall — her arrival in New York City in the late ’70s, and of course her crucial role in the founding of VP Records. The book is packed with fantastic archival images spanning the emergence of Jamaican music as a cultural force in the 1950s up until today, bringing Miss Pat’s revelatory memoir to life. Perspectives from business people, politicians, and musicians including Chris Blackwell (founder of Island Records), Edward Seaga (former prime minister of Jamaica), singer Marcia Griffiths and Lee “Scratch” Perry further light up the amazing story of Miss Pat’s life and experiences.” 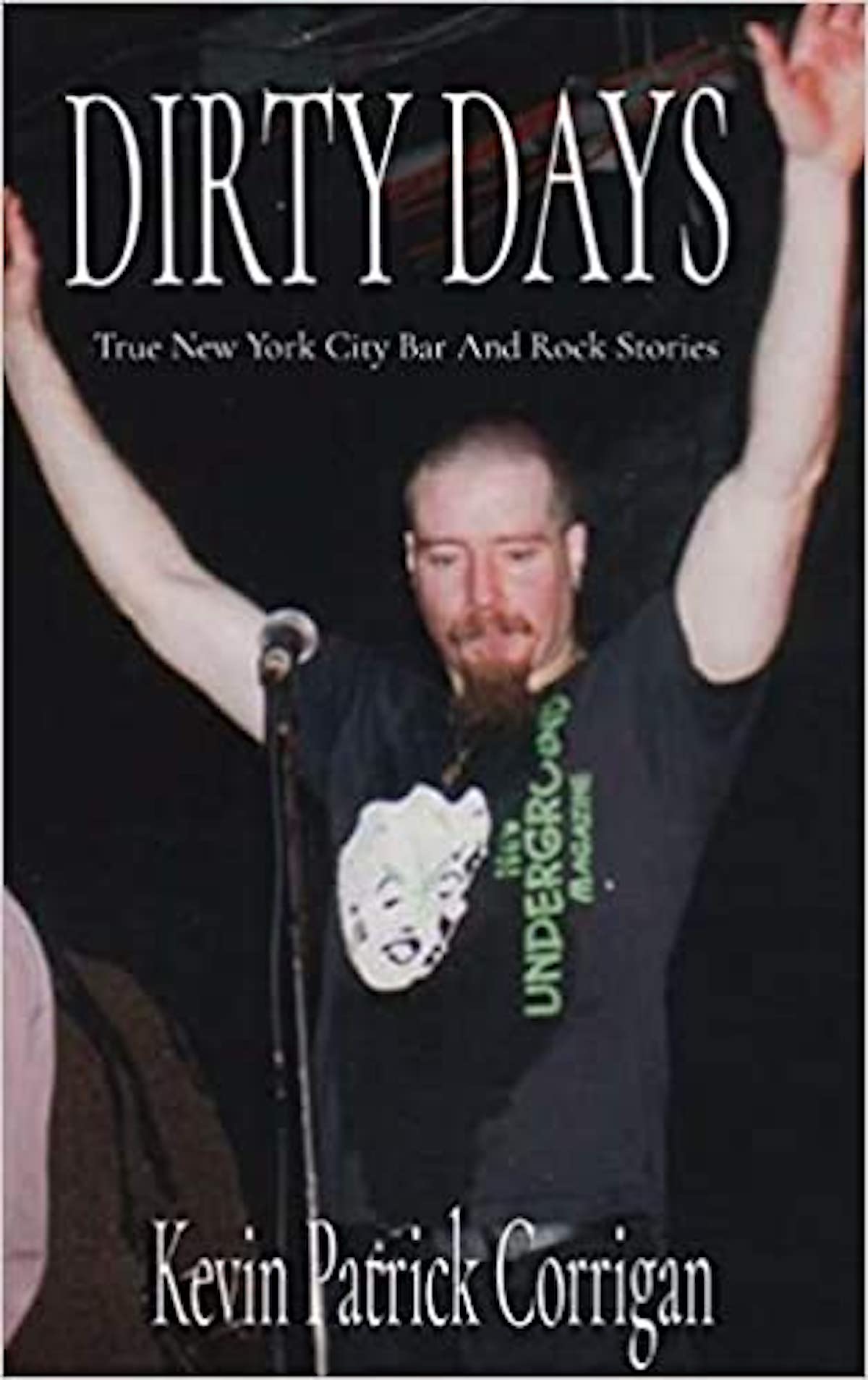 THE EDITED PRESS RELEASE: “Dirty Days is a ride back in time to the underbelly of New York City’s long lost, rough, grimy era. The Setting: The tough Irish bars of New York City. As a Bleecker Street bouncer and musician during the 1980s, ’90s and early 2000s in Greenwich Village, author Kevin Patrick Corrigan re-lives true stories of old New York City. He has been a fixture in the scene for three decades. He estimates he’s been in over 200 street and bar fights. He smiles when he says he has a record of 147 wins and 72 loses. He has had a major record deal. He has toured the country telling stories and singing songs. Dirty Days follows Corrigan from bloody Halloween street fights to being taught sage wisdom from baseball legend Yogi Berra to opening up for Alice Cooper, The Scorpions and Kiss, to being in a riot with 200 drunk sailors during Fleet week, to being asked to take a bullet for Snoop Dogg. Those are just a sample of some of the many true accounts in this emotionally dramatic and often laughed filled book.” 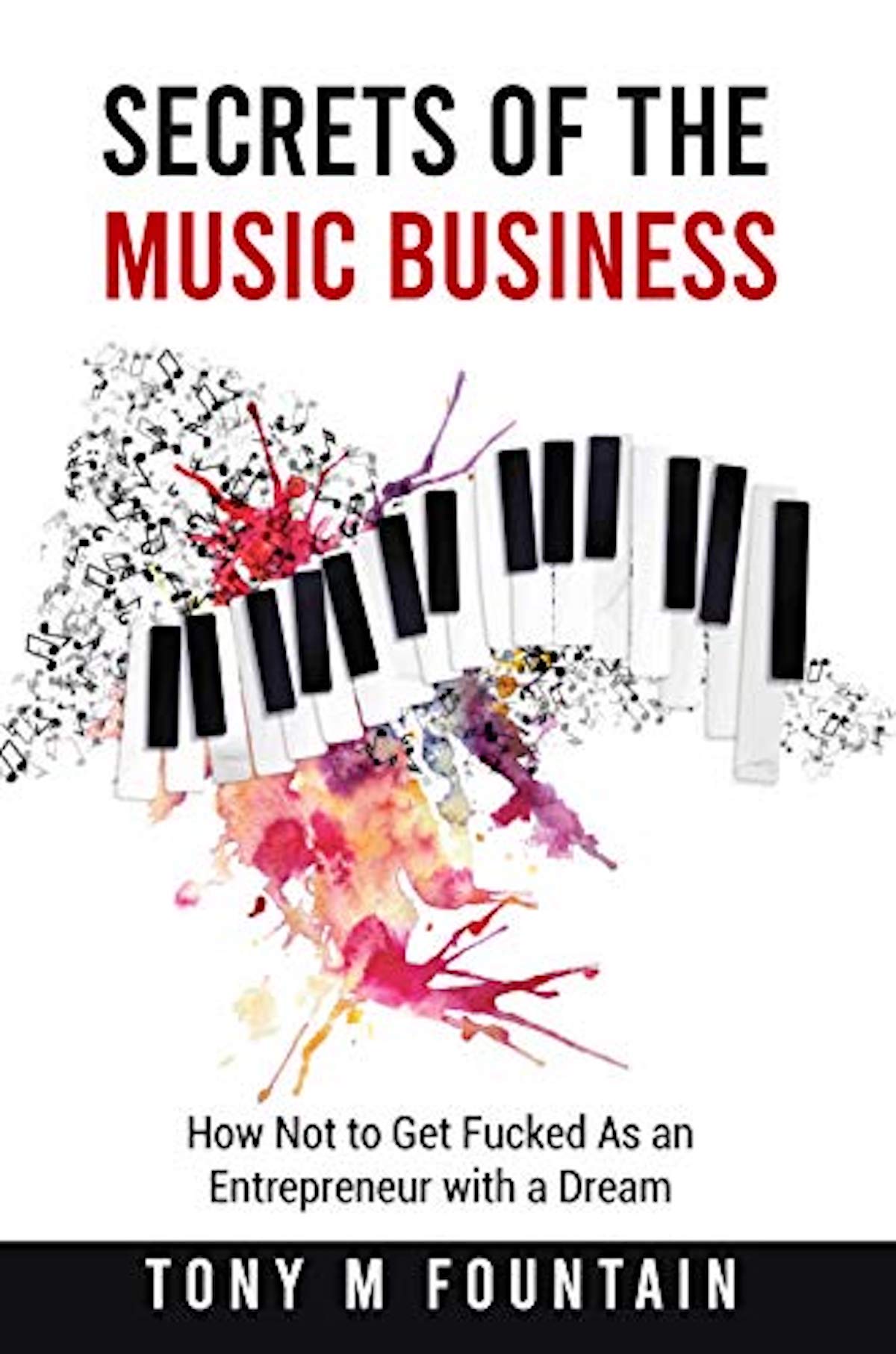 Secrets of the Music Business: How Not to Get Fucked As an Entrepreneur with a Dream
By Tony M. Fountain

THE EDITED PRESS RELEASE: “How Not to get Fucked as an Entrepreneur with a Dream is an informative how-to book about bringing your dreams to fruition. Tony M. Fountain, founder and EIC of Now Entertainment, walks you through the entertainment industry’s ins-and-outs, what to do and what not to, sharing secrets of success. He reveals where to spend your money in start-up costs and how to avoid being scammed by snakes. This book doesn’t waste your time with the basic information you’ll find performing a quick web search. It doesn’t regurgitate information found on the FAQ page of social media sites like all the clickbait articles that avoid telling you the accurate information you need to know to gain press and be verified. This book evades vague explanations and breaks each aspect of your to-dos down to you.”