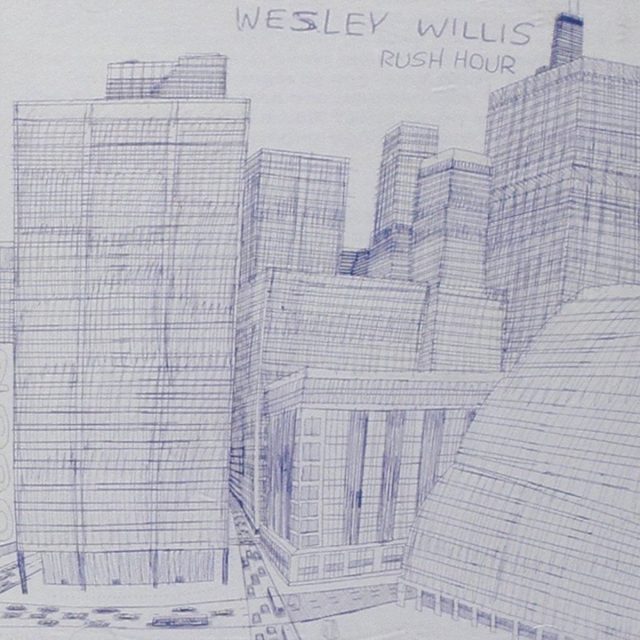 This came out in 2001 – or at least that’s when I got it. Here’s what I wrote back then (with some minor editing):

Trying to describe bizarro Chicago singer Wesley Willis is tough, but here goes. And no, I’m not making this up:

Wesley is a 6’4″, 320-pound schizophrenic. He writes songs, he says, to quiet the voices in his head. Many of his simplistic yet unforgettable ditties are tributes to bands he likes, like Foo Fighters, The Rolling Stones and Mojo Nixon. On his latest CD Rush Hour, a 1993 album newly reissued on punk label Alternative Tentacles, most of the songs are about his relationship with the Lord (Jesus Christ), his condition (Outburst) and his strange adventures (STP Conked Out My Engine). Others are about him being shot by BB guns and being hit in the head with blunt instruments like tire irons. Sometimes Wesley plays with a band called Fiasco, and sometimes he just plays by himself, picking out his tunes on a Technics keyboard with a built-in beatbox. At the end of every song, Wesley likes to say the same thing: “Rock over London, rock on Chicago.” Then he adds an ad slogan like, “Pontiac — We build excitement.” There is nobody else in the world quite like Wesley. That’s why you should go see him and buy all of his albums. Especially this one. Rock over London, rock on Chicago. Rice-A-Roni — The San Francisco treat.