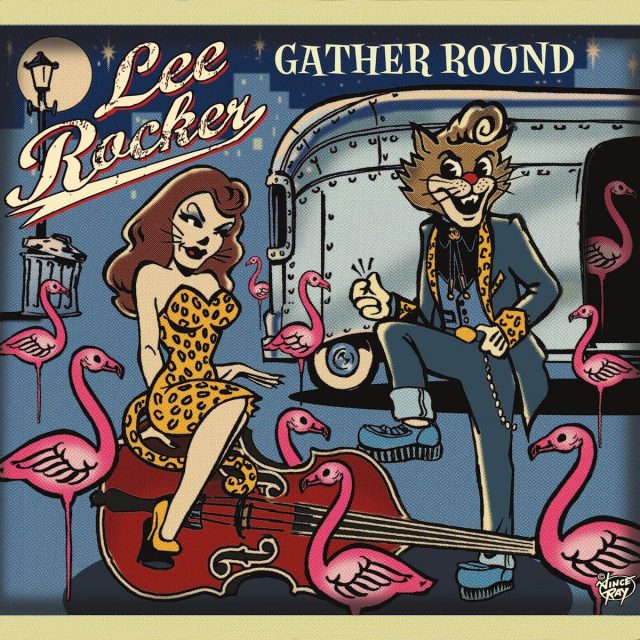 Most of the songs on Gather Round were written after the pandemic started. “My wife Deborah and I hit the road in our airstream and criss-crossed the country from California to New York and back,” shares Lee. “We rolled through 20 states from north to south and from east to west. In addition to the pandemic, the presidential election was raging. I wrote songs and music and drove 6,000 miles. It’s been year filled with global disaster and uncertainty. It’s also been a time of introspection and for me a time to reimagine how to record an album under these circumstances. When we returned to Southern California, I booked a studio … I played many of the instruments myself and had my band send me their tracks from remote home studios.”

Opening track Gather Round powerfully gets the album rolling.” It’s a song of positivity, of love, joy and happiness. When I wrote and now listen to the song, I feel like I’m raising my middle finger high in the air and waving it to 2020.” Graceland Auction, he explains, “came about by my lifelong obsession … I’ve been a bit of a collector and have bid and bought various Elvis stuff. It makes me laugh and it makes me want to cry.” The Last Offline Lovers is a song “I wrote to my wife Deborah. We’ve been together for 32 years and she has been my inspiration, love, and strength. All of the instruments on this are acoustic and I played all of them with the exception of the drums performed by Larry Mitchell.” 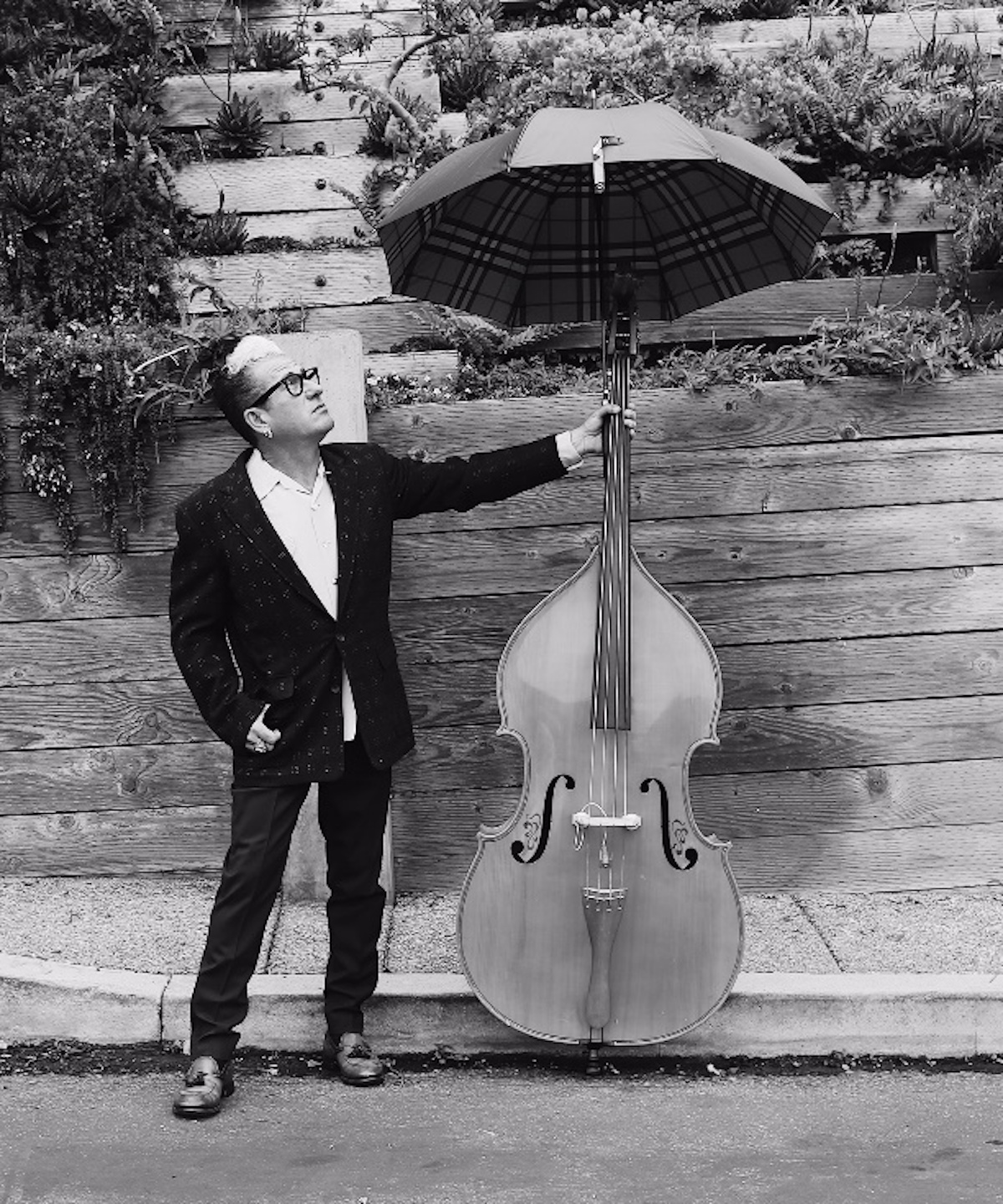 Another album highlight is When Nothing’s Going Right, a song Rocker wrote that appears on The Stray Cats’ 2020 album 40. “This is the original version I recorded before The Stray Cats’ version. I feel it has that spark of original fire.” He minces no words and looks to brighter day on Pickin’ and Grinnin’. He says: “I wrote this song as my statement on Trump and the dividing of this country which I love. We all need to reside in the UNITED states of America. Come together, gather ’round. I know that we all can’t agree on everything but we should be able to agree we live in a democracy and that every four years we have an election that should be respected.” Rocker’s infectious party spirit is in full effect on Dog House Shuffle. “It’s just plain fun! It’s really my tribute to the original rocking bass players that have influenced me so much. These guys are in a way the unsung heroes of rockabilly and early rock. We’ve incorporated these players into the video.”

Last year, in a multiple-page magazine feature, Rocker was asked about his ability to come up with fresh rockabilly basslines. He says: “I’m still discovering things. I still have revelations: ‘How did I not think of this before?’ There are a lot of different rhythms and slaps, and different ways to walk your bass-lines. There’s only 12 notes but there’s an infinite number of ways to play them.”