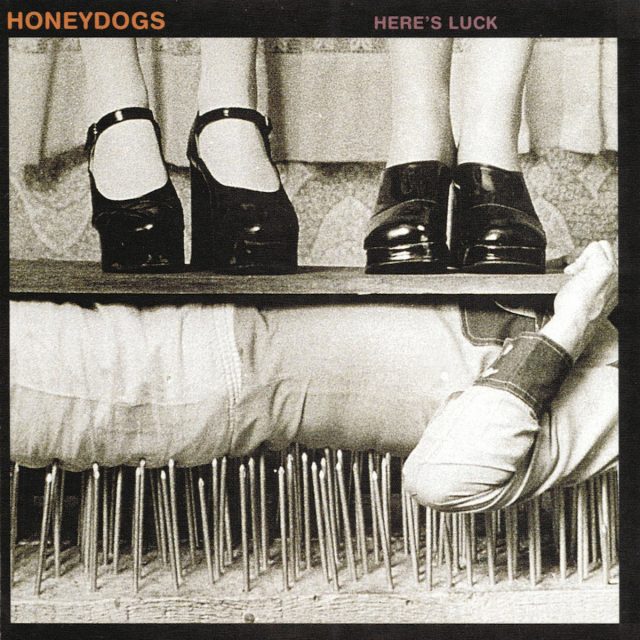 This album came out two decades ago. Here’s what I had to say about it back then (with some minor editing):

The long list of great rock bands from Minneapolis includes Hüsker Dü, The Replacements, The Jayhawks and Soul Asylum. With their impeccably crafted fourth album Here’s Luck, Twin Cities quintet Honeydogs have earned themselves a spot on that roster. Not that they share the post-punk leanings of most of their Mini-Apple brethren.

Singer-songwriter (and, oddly enough, drummer) Adam Levy is obviously more enamoured of The Fab Four and The Rolling Stones than The Ramones and Sex Pistols; his songs are chock full of classic pop-rock melodies and beats and hooks and strings and arrangements, garnished with tasteful sprinkles of Wilco-style roots-rock and poppy rockabilly. From the lost-Lennon-track balladry of Pins in Dolls to the strummy singalong Sour Grapes and even the bittersweetly ragged riff-rock of Replacements ode Losing Transmissions, these songs are so perfectly hooky you’ll swear you’ve already listened to them a million times. You haven’t — but you will. And luck has nothing to do with it.