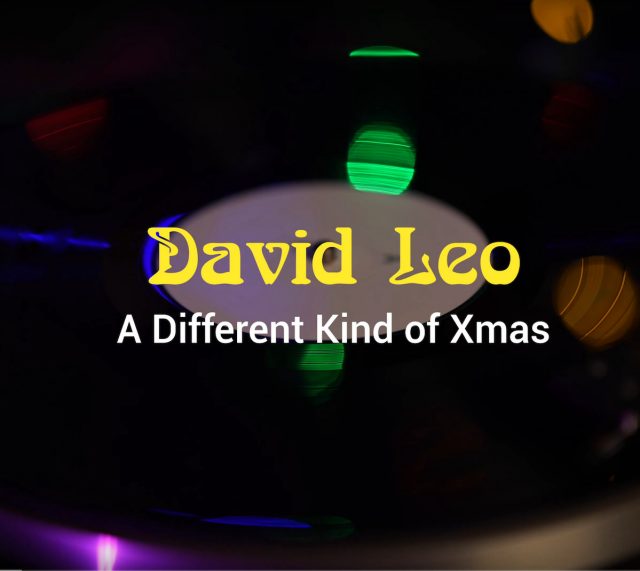 David Leo presents a different kind of Christmas song, Bantunani revamps Pete Seeger, John Lewitt sticks with the tried and true, Quavel doubles your pleasure — and there’s plenty more where they came from in today’s submissions from Groover, a platform that connects artists with critics like me for a small fee. You can (and should) subscribe to my Tinnitist Groover Top 100 playlist HERE, or you can listen to it via the widget at the lower right of every page on this site. If you want to be in an upcoming playlist, click the link just below the widget or go HERE. But first, enjoy today’s fine finds:

HOME BASE: Belgium.
GENRE: Pop.
THE EDITED BIO & PRESS RELEASE: “You might think this is just another Xmas song, but it isn’t. Have a listen and I guarantee this is no waste of time, except if you don’t like catchy-authentic-naïve-sincere pop songs written from the bottom of the heart. My name is David Leo, ex-leader and singer of Belgian pop-rock band Malibu Stacy.”

Bantunani | Which Side Are You On, Boy

HOME BASE: France.
GENRE: Electro-roots.
THE EDITED BIO & PRESS RELEASE: “Composer, singer and producer Bantunani has recorded more than 12 albums. For his latest release, Bantunani revives the Pete Seeger track Which Side Are you On Boy. Working with James Auwarter (Kanye West), he gives it a modern sound between electro-folk and. Now is the time is to choose where you stand: With or against the people.”

HOME BASE: Canada.
GENRE: Folk.
THE EDITED BIO & PRESS RELEASE: “John Lewitt is a singer, multi-instrumentalist, and songwriter in Toronto. He writes and records music which weaves its way through multiple genres; Country, Rock, Folk Pop, and Americana. Since 2013 he has released multiple albums and singles. “This is the final track on my autobiographical album Stories I Tell The Snowman, which was just released.”

HOME BASE: Belgium.
GENRE: Soul/R&B.
THE TRANSLATED BIO & PRESS RELEASE: “Leo Fifty Five started his professional career in 2015 and quickly became known as a beatmaker. At that time, his home base was Paris, where he studied production and sound at the prestigious Abbey Road Institute. When you master several instruments and have grown up in a Belgian-Indonesian family focused on musical culture, you always want to create more: Leo Fifty Five does his own productions and recordings, he develops his lyrics, plays music. bass, guitar and he sings.”

HOME BASE: France.
GENRE: Rap.
THE TRANSLATED BIO & PRESS RELEASE: “My name is Nzaki. I’m releasing my first EP Eklair on Jan. 2. J’Rêvais is the first single and video. Being freelance I only work with relatives, both on music and visuals. Homemade sauce, for the pleasure of the ears and the eyes. See you soon.”

HOME BASE: United States.
GENRE: Latin Pop.
THE EDITED BIO & PRESS RELEASE: “Having done some 7,500 performances over the past three decades, Quavel is a force in the music industry but it was something that almost didn’t happen. As a kid, Quavel dreamed of being a famous musician but his dad told him to stop dreaming about such nonsense. Quavel would spend the days working in his father’s garage, and his nights learning his way around the keyboards. There he found himself engulfed in Latin music scene. He produced almost 800 records — all of which he hid from his father. His latest, Insomnio, is a song that tells the tale of a woman whose sensuality keeps a boy up all night.”

HOME BASE: France.
GENRE: Electronica.
THE EDITED BIO & PRESS RELEASE: “Chouette Mama, an electronic music performer from Rouen (France), released his first album Roomy in 2019, followed by the single Route 69 in 2020. His music, open to everyone, is inspired by many electronic music performers: Easy listening, joyful, inspiring, lively… Alaiki Mini Salam is an Algerian traditional song.”

HOME BASE: France.
GENRE: Rap.
THE EDITED BIO & PRESS RELEASE: “Eagle Sky is a French artist who likes to mix universes to create new and hybrid products. As part of his music, Eagle Sky moves between French and English and goes from rapping to singing. The essence of Eagle Sky’s music is authenticity — he takes inspiration from what he has lived, seen, felt and experienced. He wants to inspire and motivate his fans to reach for their goals and never give up. A L’Idée is a testament to the inner adversity that one can sometimes feel in life, especially after bad experiences.”

HOME BASE: United Kingdom.
GENRE: Operatic Pop.
THE EDITED BIO & PRESS RELEASE: “I was a contestant on this year’s The Voice UK. My vision is to break down music boundaries by bringing standard operatic vocal music into the world of contemporary music, creating my own genre, Op-Pop. Requiem features excerpts from Pie Jesu from Faurè’s Requiem. This is an ode to 2020; let’s put it to rest.”

HOME BASE: Canada.
GENRE: Rap.
THE TRANSLATED BIO & PRESS RELEASE: “I’m a beatmaker from Québec. In a world where beatmakers are mostly camouflaged by the artists they propel, I want to stand out from the crowd by putting myself first. My goal is to make myself known through several singles to develop a strong and loyal audience who will follow me in my future projects. Here is an extract from my musical universe.”

HOME BASE: Sweden.
GENRE: World.
THE EDITED BIO & PRESS RELEASE: “Daniel Fridell met Chilean singer/rapper Boogie Castillo in the mid-’90s in Sweden. They met again in 2012 when Daniel started Cumbiasound. They collaborated on a few songs on the first Cumbiasound release Calzones Largos. The duo wanted more flavors to complete this EP, so they called in singer Lis Flores Varela to contribute with her smooth flow and beautiful voice, which shines especially on Mas Paz. It’s the single from the new EP Cosas Del Universo. Their goal is to introduce the wonderful uplifting sounds of Cumbia to the world.”

HOME BASE: United States.
GENRE: Indie-Pop.
THE EDITED BIO & PRESS RELEASE: “Life With Ghosts was formed in 2014. Fronted by Berklee-trained singer-songwriter Marisa Cole, their sound covers a wide range of influences. “Crush is a perfect representation of our style, which brings together electronic, alternative R&B, baroque pop and an indie edge. Our sound has been compared to Florence and the Machine, Christine and the Queens and Sarah MacLachlan.”

HOME BASE: Italy.
GENRE: Folk.
THE EDITED BIO & PRESS RELEASE: “Overthought is an electro-acoustic rock duo from Modena, Italy. Their sound is inspired by artists such as Ben Howard, Stu Larsen and Passenger, along with the Seattle grunge of the ’90s. In 2020 they released their first self-titled album. “Little Town’s Lights is a song in which you can understand who we are and what we do.”

HOME BASE: United States.
GENRE: Synth-Pop.
THE EDITED BIO & PRESS RELEASE: “Comprised of Dan Stringer and Michael Kanne, Loyalties delivers music with bold drum patterns, big bass riffs and larger than life pop hooks. Not limited to a single location, genre or vocalist, the duo explore a wide variety of sounds while always staying true to that authentic, honest vibe they both know and love. Before forming in 2020 the members had worked with artists such as Lauryn Hill, X Ambassadors, Johnny Stimson & more. Human (feat. Rossi) is their new single with Italian producer Hoober (450,000 monthly Spotify listeners). It’s a house dance track with an infectious whistle, truly engaging vocals, and honest emotion.”

HOME BASE: Canada.
GENRE: Hip-Hop.
THE EDITED BIO & PRESS RELEASE: “I’m a Montreal singer-songwriter-guitarist-beatmaker. My music is highly hip-hop influenced but I consider myself more of a signer then a rapper. Even if I give a lot of importance to my lyrics, the musicality of the words I sing is what defines my sound. I just dropped my first EP Food Coma and I’m hungry for more. Slice is one of the four songs.”

HOME BASE: Brazil.
GENRE: World.
THE EDITED BIO & PRESS RELEASE: “Taking inspiration from his travels, nature, spirituality and animals, Mano’s music knows no musical boundaries or genres. The intention behind his music is to help people feel, reflect, heal or awaken in the same way that Mano himself uses music as a tool of self-therapy. Everything you hear is 100% played, recorded and produced by Mano himself. “What I seek is balance. My music helps me to think, to travel space & time, to reflect on life and its infinite possibilities. I see music as a spiritual path where I can transcend and simply be … Pense Bem is Portuguese for ‘think well’ — a call to better evaluate our attitudes and reactions in our daily life. So think well and seek to find a balance between reason and emotion.”

HOME BASE: Canada.
GENRE: Classical.
THE EDITED BIO & PRESS RELEASE: “Ensemble Prisme, a Canadian chamber music ensemble, launches its first professional recording: Grand Quintetto. Dedicated to the music of Mozart, this disc offers a rare and exciting version of the Gran Partita, originally written for 13 wind instruments. Very few recordings exist of this original and bright arrangement, produced by C.F.G. Schwencke. This extremely rare recording of this arrangementwill capture the attention of connoisseurs and interest music lovers and lovers of chamber music ensembles.”

Groover Playlist 174 | Getting Down To Business

Groover Playlist 166 | Get Your Kicks