Home Read Albums Of The Week: Iggy And The Stooges | You Think You’re... 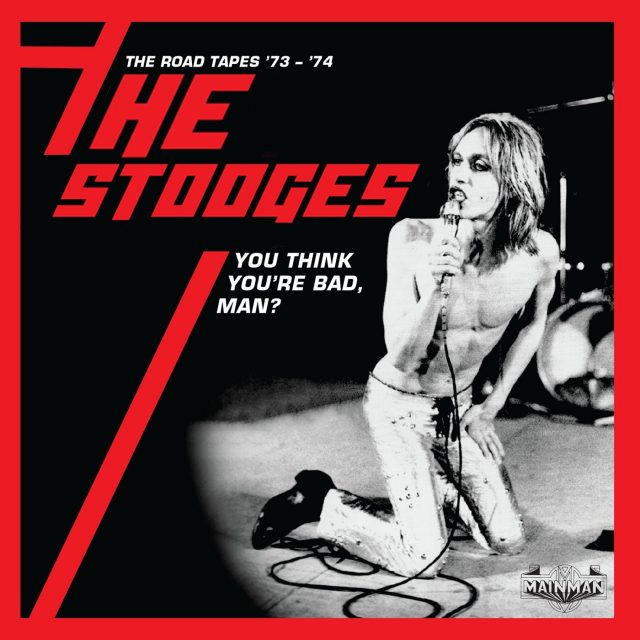 THE EDITED PRESS RELEASE: “Following a two-year hiatus, and by fair means or foul, The Stooges reunited in 1972 for what would become their final album. 1973’s Raw Power, arguably their greatest statement, was the result, and the band hit the road in support of the record, resulting in a number of legendary shows. Collected here for the first time, You Think You’re Bad, Man? brings together highlights from a year on the road, capturing the band on blistering form and Iggy Pop at his most erratic, confrontational best as he heckles, goads and incites well lubricated audiences across the US.

Clichés are rife wherever The Stooges are discussed, but their position as inspiration and advance notice for punk rock and all that came after it is a given. Captured across these five CDs, all recorded on consumer grade devices, are the origins of that punk legend, and arguably of the spirit of punk rock itself — nobody had ever quite taken it to the audience in the way Iggy et al did in 1973. This is fast, furious rock ’n’ roll, played by the self-declared hardest working band in the country.

You Think You’re Bad, Man? also includes the band’s legendary final show for almost 30 years, bringing their career to an end amongst an atmosphere of intimidation, inebriation and violence. This is a must-hear document of one of the great bands of the age reaching the end of many, many roads.”