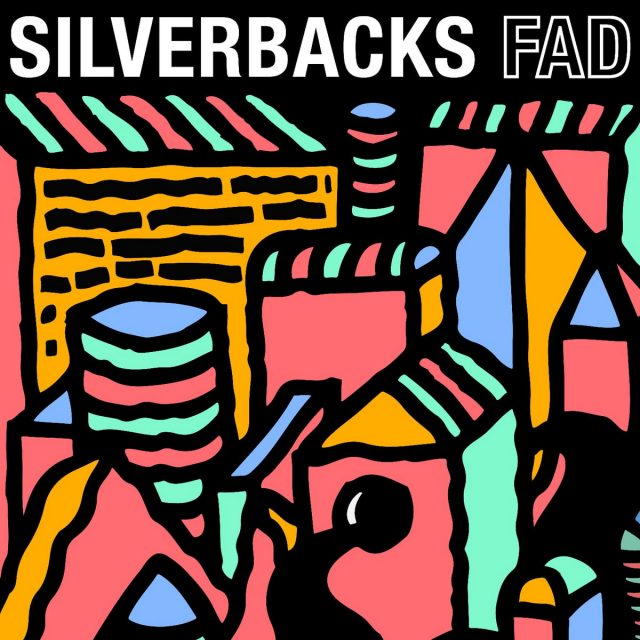 Fads come and go. But creativity and craftsmanship never get old. You’ll find plenty of both in the debut full-length from Dublin quintet Silverbacks. Despite its 900-pound gorilla of a title, Fad is far from trendy, eschewing vogue sonics and styles in favour of old-school college rock, groovy pop, noisy no wave and twitchy post-punk. Sometimes reminiscent of everyone from Pavement and Tom Tom Club to Bowie and Iggy, Fad keeps you guessing. And keeps you coming back for more.

THE PRESS RELEASE: “Silverbacks are a five-piece band from Dublin, Ireland. Taking their cues from the taut rhythms and urgent drive of late ’70s punk and the discordant, unpredictable freak-outs of NYC no wave, they craft a signature sound spiked with triple guitar riffs, a motorik rhythm section and on-the-pulse lyrics. Debut album Fad represents the sound of a band trying to make sense of a noisy and disjointed world — one that competes for your attention at every turn. For them, it has come to be a symbol of what it feels like to try and absorb the world through both fleeting moments in front of screens, and prolonged obsessive periods filled with focus. They pull apart pop-culture in search of new meaning, whether it’s a nod to The Simpsons (Fad 95), imagining a lost John Hughes film (Klub Silberrücken), spiralling downwards into YouTube deep-dives (Pink Tide), or making sense of youth culture through The Urban Dictionary (Grinning At The Lid). Much in the same way that modern life can be defined by its unpredictability, Silverbacks’ colourful, vivid and exuberant songs dismantle their source material and end up in places that you don’t think they will. All over Fad are the fingerprints of a band clawing their way through the remains of the day, seeing what there is to uncover.”