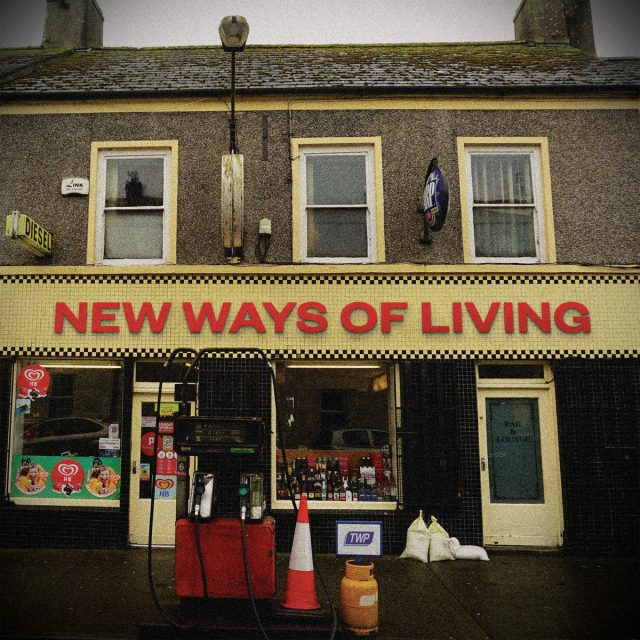 Indie-emo pop-rock bands are plentiful. Indie-emo pop-rock bands that hail from Ireland but sound like they’re from New Jersey or Philadelphia — and are fronted by a ragged-throated brother and his angel-piped sister who trade yin-yang vocals on their buoyantly surging anthems — are a little rarer. And definitely worth a listen, assuming you’re talking about Dublin’s The Winter Passing and their intriguing and invigorating sophomore album New Ways of Living. It may not change your life, but at least it offers a new way of approach the same old songs.

THE PRESS RELEASE: “Emerging from Dublin’s thriving DIY punk and hardcore scene, The Winter Passing are among the city’s most forward-thinking indie/emo outfits. Always driven by their collaborative nature and fuelled by their innate sense for making music inspired by the world around them, the band formed in 2011 by siblings Rob and Kate Flynn and guitarist Jamie Collison in their hometown of Tipperary. Fired by a strong do it yourself ethic — having pressed their own records and tapes, booked their own shows across the world — fast-forward nine years later and The Winter Passing expertly layer their many inspirations with a heady mix of vulnerability that make their sound difficult to categorise yet easy to love. Armed with a deluge of influences, from Sonic Youth, No Doubt and American Football to a collective fascination with film photography, Irish colloquialism and rural seaside towns, the band have consistently created an infectiously raw mix of punk energy and indie rock quirks that has garnered them critical acclaim. With each member bringing their unique set of skills and influences to the table, the band locked themselves away at The Ranch Production House to record their second album, New Ways Of Living, with producer Neil Kennedy: approaching their new material with a heavy focus on killer melodies and the Flynn’s poetical outpourings centred around their experiences with loneliness, bullying, self awareness, and Irish working-class anxieties.”