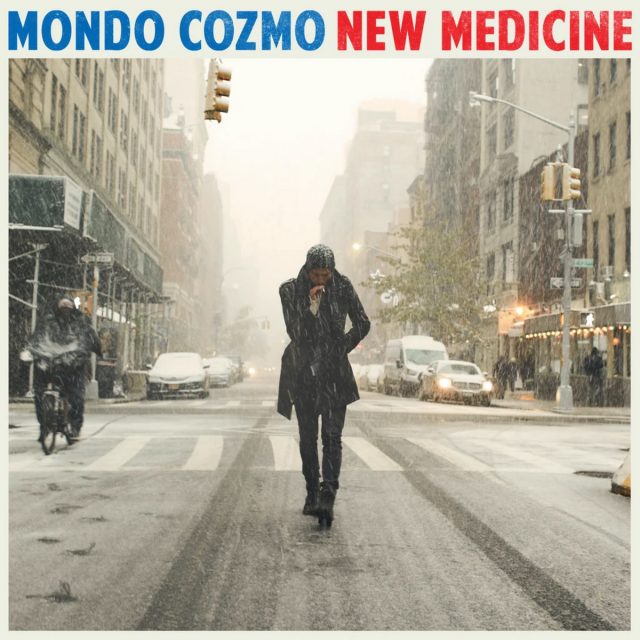 If you’re gonna call yourself Mondo Cozmo, you really need to rock out sometimes. And for Josh Ostrander, that time has come. And not a moment too soon. On the second album under his relatively new handle, the former member of Laguardia and Eastern Conference Champions ups his game with bigger riffs, punchier beats and songs delivered with a wiry, anxious urgency reminiscent of vintage gems from The Rolling Stones, Iggy Pop, Lou Reed and Bob Dylan at his most energized. Give some credit to the Black Rebel Motorcycle Club members who backed him on these garage-rocking cuts, and to super-producer Butch Vig, who helped mentor the album. But don’t forget to credit the soundstudio window Cozmo/Ostrander put his fist through during a frustrating video shoot, severing his arteries and kicking off a long period of recovery and soul-searching that led to this sonic reinvention. Here’s hoping he doesn’t have to slice himself up again to come up with a decent followup.

THE PRESS RELEASE: “You hear and read countless stories about blood, sweat, and tears all shed in the name of art and — paid like a toll to unseen forces — for its creation. However, you never validate how much of each fluid really flowed…or do you? In this case, blood actually spilled (beyond a lot of tears and sweat) in order for Mondo Cozmo to craft his second full-length New Medicine. Now, he does not regret putting his fist through that window for a second, but the four-hour surgery did suck. Yet, breaking the glass smashed a figurative ceiling. In the aftermath, he learned how to “Say no,” departed amicably from the major label system, “taped a fucking pick to his cast” in order to play guitar, lost feeling in the aforementioned hand for two years, attracted the wisdom of Butch Vig (“the dude of dudes!”), and wrote the rock ‘n’ roll record he always meant to write. The most rock ‘n’ roll thing about it isn’t the right hook, the guitars, or even the attitude. It’s the moment of self-actualization by the Philadelphia-born and Los Angeles-based critically acclaimed alternative troubadour and gutter punk poet.”