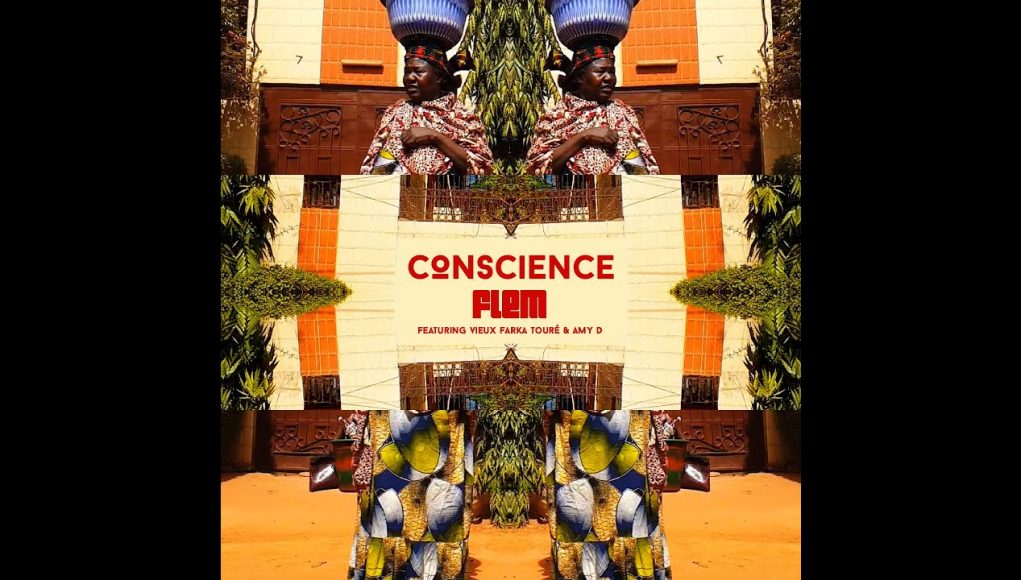 I recently joined Groover, a platform that connects artists from around the worldwith critics like me for a small fee. Every day or two, I post a Spotify playlist of the latest submissions from around the world. You can find the latest one at the lower right of every page on this site. Since some artists submit Soundcloud and YouTube links in addition to (or instead of) Spotify links, I’m also posting everything here. If you want to send me a track, you can click on the widget at right (just below the playlist) or just click HERE. And now, on with today’s show. There’s some good stuff here. Check it out.

THE TRANSLATED PRESS RELEASE: “Born in Boulogne-Billancourt, Flem has always navigated between different musical currents. At 18 he left by bus from Bamako to Timbuktu. He returned to Mali in 2009 and met two artists there: Vieux Farka Touré, son of the late great Ali Farka Touré, and harpist Katell Boisneau. The Malian virtuoso invited him on stage during his concert in Essakane. From this meeting was born a strong friendship. After recording in Paris, Flem returned to Mali in 2012 to finalize the arrangements for his first album, and participate in a concert by Vieux in Niafunké, stronghold of the Touré family.”

THE PRESS RELEASE: “Sally Ann is a Malaysian-born, Paris-based singer, actress and fiction writer. As young as two years old, she’d try to sing before she could even speak. Gathering furry friends and arming herself with a toy microphone, she belted out songs at imaginary concerts. Radio was her next best friend; by the time she knew how to record on cassettes, she was performing and hosting talk shows as an interviewer and celebrity all by herself. But growing up wasn’t as fun as she dreamed of in her radio/concert worlds. All through childhood and even until today, Sally Ann battles through depression and a series of colourful diagnoses. And now as an adult, gathering her experiences from fighting mental trials and arming herself with her voice, she writes music that touches upon her trials and triumphs over darkness. This song with a whimsical tune is about taking that uncertain leap to let live and be free with whatever you have and are in that moment.”

THE PRESS RELEASE: “Snap Border is a French alternative rock band with an album to its credit. We are in the process of writing our future opus planned for the fall of 2020 from which we have brought out a first single Endscape, which we present here.”

THE PRESS RELEASE: “This is the lyric video for The Street, the second release of SouthDogRock. The socially critical lyrics describe the situation of homeless youth in rich countries like ours. With this video we want to draw attention to this , often under-noticed topic. This song is for all those who live on the dark side of the street. On the fringes of society, it’s hard to manage living. But even in the darkest night there is a light at the end.”

THE PRESS RELEASE: “Oui Merci is a French indie-rock group wandering in Hochelaga since fall 2019. Here is their first live session recorded in the studios of the University of Montreal. The group is currently working on a first EP directed by Étienne Dupré (zouz, Mon Doux Saigneur, Klô Pelgag) and will release their first single in June. We want to broadcast the live session on blogs.”

THE PRESS RELEASE: “Well known for his boombap hip-hop productions, Mani Deïz has been evolving for a few years in a new universe much more musical and cinematographic. This project, entirely composed (without any sample) is an ode to travel and positivity. Much brighter than these previous albums, it marks Mani’s entry into a borderless pop / folk register.”

No Terror In The Bang | Sublimation

THE PRESS RELEASE: “No Terror In The Bang is a French indie rock band from Rouen, born in 2019. It was founded by Alexis Damien (Composer, drums, producer) & Sofia Bortoluzzi (Lead vocals, composer, lyrics). They created a Rock-Metal band influenced by film music. Sofia’s influences are between hip-hop, metal & jazz. Alexis was known for his “Pin-up went down” metal avant-garde project and for his composer career. The music of the band is an oxymoron, between powerful darkness & subtle beauty.”

THE PRESS RELEASE: “Hard, energetic rock from Slim Tin Fox, Dublin, Ireland. If you like the style, but just not the song, check out our other tracks.”