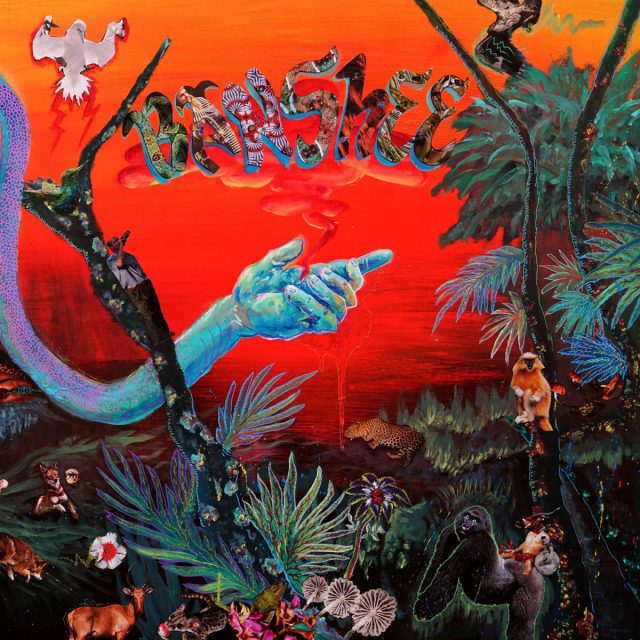 THE PRESS RELEASE: “Hear the napalm blast that is the new Banshee record Livin’ In The Jungle. Hailing from Boston and sticking blazing red hot cinders through your eyes, Banshee deliver a widescreen, kick out the jams motherfuckers psyche-rock-a-rama with a singer doing his best to channel both Alice and Iggy. Yes they rock like crazy and play with the fired-up fury of The Stooges, MC5 and The Alice Cooper Group as they let their freak flag fly. On Livin’ In The Jungle, Banshee detonate over 11 tracks of pure diamond arrangements that will lay you out flat and have your head swirling from the wallop of the sleazy voodoo racket that Banshee have created. Informed by the intensity of ’60s Detroit, with a rhythmic underbelly that calls on the funk explosion of War, the whole record is executed at a breakneck pace that is a furious rollercoaster ride to sweet oblivion. Livin’ In The Jungle is one rabid rock ’n’ roll animal of a record.”

MY TWO CENTS: Sleazy and scuzzy and fuzzy. Hazy and lazy and crazy. Intense and insane and insatiable. That’s the trip the psychedelic garage-rock stoner-punks of Boston’s Banshee drag you on with their full-length, full-blooded, full-fledged freak-out Livin’ In The Jungle. And if you know what’s good for ya, you’ll shut up, buckle up and hold on tight for the duration. Welcome to the jungle, baby. You’re gonna die.