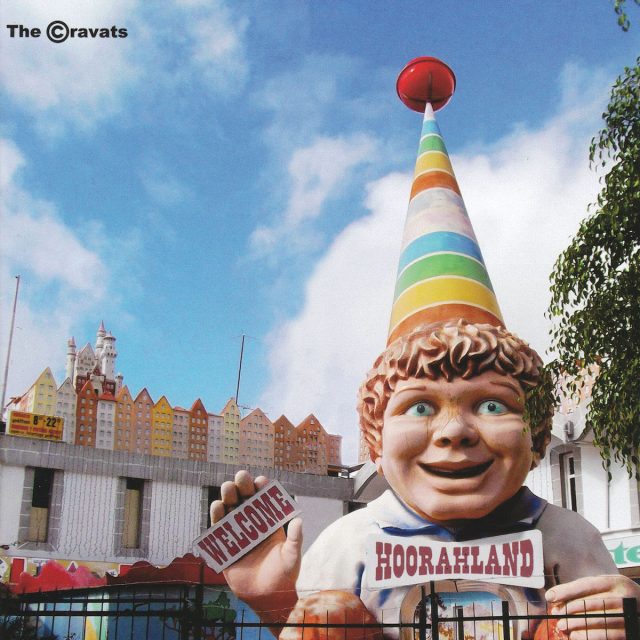 THE PRESS RELEASE: “After 43 years, Hoorahland is The Cravats totally in control of where they want to be sonically. A polished progression from 2017’s critically acclaimed Dustbin of Sound album. We all inhabit Hoorahland. It’s the great bemusement park in your head and what Walt would have wanted. We never leave. Trapped by its turnstiles, looping the loop of uncertainty for eternity or, at least, until the Chessington World of Dementia kicks in and brings blissful release. Oh, and Jello Biafra duets with The Shend on Now The Magic Has Gone, a song about two ageing theatre queens whose everlasting love has tragically fragmented into a thousand shards of bitter hate. It’s a tango. You what?”

MY TWO CENTS: When your high-profile fans include Henry Rollins, Mark E. Smith and Steve Albini, you must be doing something right. And British post-punk vets The Cravats are doing plenty right on Hoorahland, their fourth full-length and second release since reuniting several years ago after a generation apart. To be precise: They’re cranking out big, bruising numbers that are anchored by lumpy bass grooves and sharp guitar riffs — all the better to bolster frontman The Shend’s bombastic bellowing and their sax player’s smeary honking. Hoorah and hell yeah.