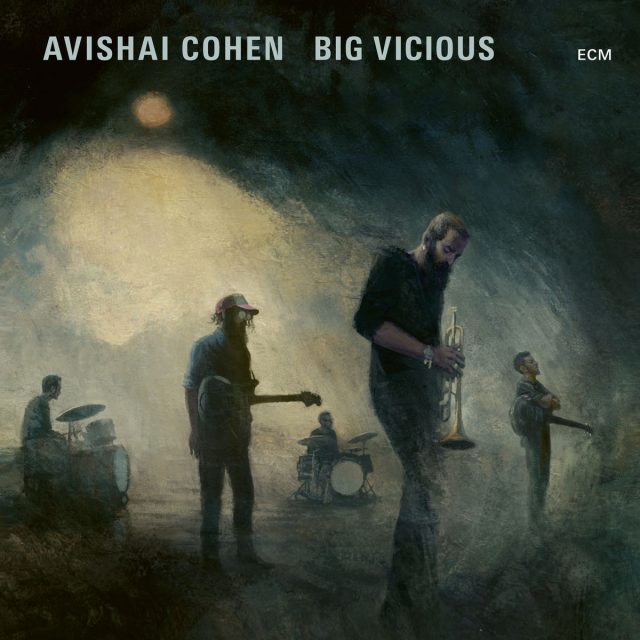 THE PRESS RELEASE: “For four years running, Avishai Cohen has been voted a Rising Star of Trumpet in the DownBeat Critics Poll. Along with leading his Triveni trio with Omer Avital and Nasheet Waits, the trumpeter was a member of the SF Jazz Collective for six years. He also records and tours the world with The 3 Cohens Sextet, the hit family band with his sister, clarinetist-saxophonist Anat, and brother, saxophonist Yuval. Cohen first recorded for ECM as part of saxophonist Mark Turner’s quartet on Lathe of Heaven, released in September 2014. The trumpeter has performed at the Village Vanguard and beyond with Turner, as well as widely in a band led by pianist Kenny Werner. Cohen has played often in the Mingus Big Band and Mingus Dynasty ensemble, along with collaborating on stage and in the studio with French-Israeli pop singer Keren Ann. In addition to performing, Cohen was named the Artistic Director of the International Jerusalem Festival in 2015.”

MY TWO CENTS: Not be confused with the bassist of the same name, trumpeter Avishai Cohen and his electric band (including two drummers) showcase his lyrical melodies and crystal-clear lines against a multifaceted backdrop that includes everything from percolating funk to driving rock and stylishly artsy soundscapes. It ain’t your father’s jazz. Then again, it ain’t your little brother’s rock either. But it does manage to unite them quite smoothly and impressively. Go big.