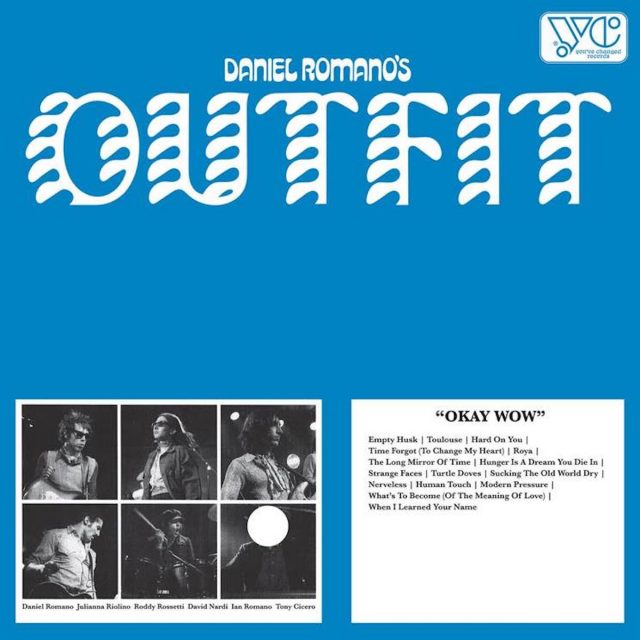 THE PRESS RELEASE: “In a shocking turn of events, Daniel Romano has decided to give you exactly what you asked for. He and his unparalleled live band, The Outfit, have decided that you deserved it, that it is in fact already yours — and they want to say “you’re welcome.” Band attributes of note: They all wear the same size clothing. They take the same vitamins and they love with the same warmth and tenderness. They are an outfit, united in song and banded in vitality. If you have seen them, you know all of this as it is evident. If you haven’t, then close your eyes and set the dial to 10, turn the heat up in your sparse, stuff-less, undersaturated, air-plant filled apartment and drop the needle into The Outfit. The record is called Okay Wow. Which is probably what you’ll say when you listen to it. It’s all your favourite songs except superior in every way to the versions you’ve exhausted.”

MY TWO CENTS: If you’ve only heard Daniel Romano’s studio albums, you’re only getting part of the picture. Specifically, the quieter and far more restrained part. For the rest of the story, get your hands on this high-voltage live album from his killer band. It packs all the hard-twanging punch and crackling energy of Bob Dylan and The Band on a megadose of steroids — and with Keith Moon on drums. If you can picture that.

Chris Birkett Wants You To Hear The Angels Sing