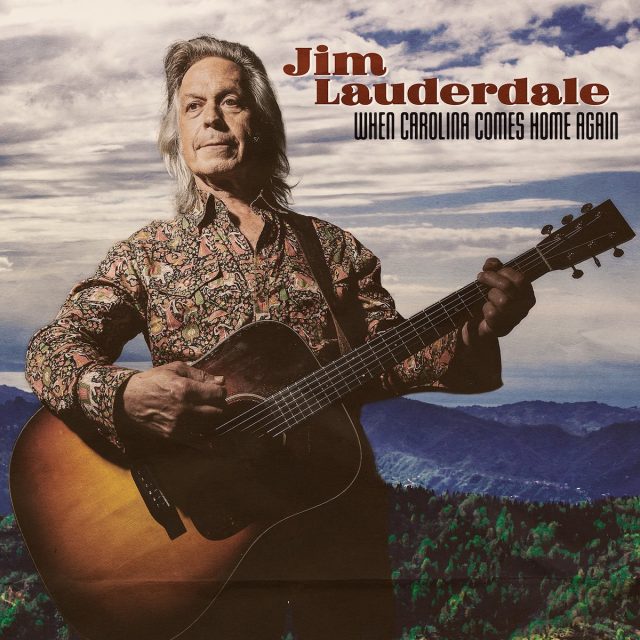 THE PRESS RELEASE: “A Grammy Award-winning icon of American music, Jim Lauderdale has always covered a wide range across the Americana spectrum, from rocked-up country to high lonesome bluegrass. In a very literal sense, he’s returning to his geographic as well as musical roots on his 33rd album, When Carolina Comes Home Again. The 13 tracks on When Carolina Comes Home Again are straight-up bluegrass, going back to the earliest music he learned to play. The music is also rooted geographically, in Lauderdale’s home state of North Carolina — where he was born in Statesville and grew up in Troutman and Charlotte before attending Carolina Friends School in Durham and the North Carolina School of the Arts in Winston-Salem. From its title track on down, When Carolina Comes Home Again features songwriting partners and instrumental backup from members of numerous North Carolina acts including Songs From the Road Band, Town Mountain, Steep Canyon Rangers, Balsam Range and Cane Mill Road.”

MY TWO CENTS: Bluegrass, understandably, is not everybody’s cup of tea. But before you take a pass on singer-songwriter Jim Lauderdale‘s latest, know this: When Carolina Comes Home Again is not your hillbilly granpappy’s bluegrass. Sure, it’s got plenty of banjo, fiddle and mandolin. And no shortage of twangy vocals and high-lonesome harmonies. But unlike the usual assortment of lickety-split breakdowns, murder ballads and railroad odes, these 13 cuts showcase Lauderdale’s old-school country songcraft, rich melodies and gorgeous baritone pipes. You’ll feel right at home.