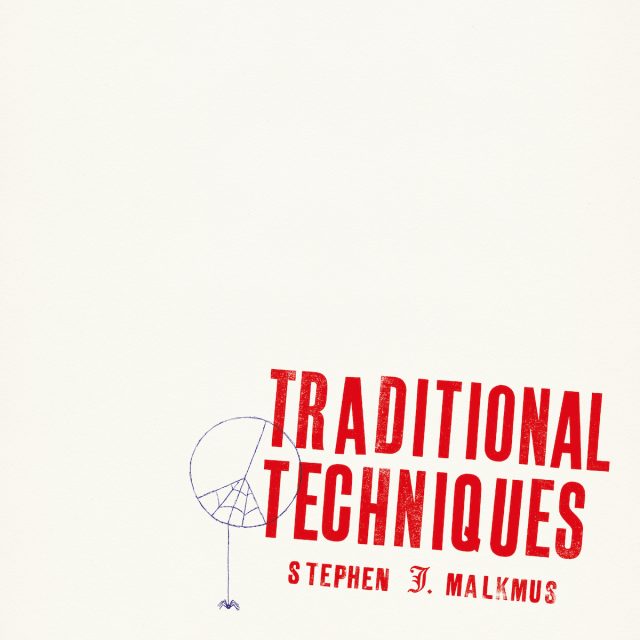 WHO IS HE? The frontman and chief songwriter of on-again, off-again ’90s slacker-rock kings Pavement and the more guitar-driven indie outfit The Jicks. And the man who penned immortal lyrics like “Out on tour with the Smashing Pumpkins / Nature kids, they don’t have no function / I don’t understand what they mean / And I could really give a fuck,” “Stone Temple Pilots, they’re elegant bachelors / They’re foxy to me / Are they foxy to you?” and “What about the voice of Geddy Lee / How did it get so high? / I wonder if he speaks like an ordinary guy? / I know him and he does / And you’re my fact-checkin’ cuz.”

WHAT IS THIS? The increasingly prolific artist’s 11th post-Pavement release (counting two Silver Jews albums with David Berman) and third release in as many years — a hot streak the 53-year-old singer-guitarist partly credits to his soundtrack work on Netflix’s Flaked, which got him to think outside his normal creative box.

WHAT DOES IT SOUND LIKE? The sonic and stylistic polar opposite to last year’s one-man synth-rock band outing Sparkle Hard. And like no album Malkmus has ever made before. On these 10 tracks, he trades his electric guitar for an acoustic, adds an assortment of Afghani instruments, calls in Chris Funk (The Decemberists) and Matt Sweeney (Chavez), lowers the volume and his vocal pitch, and settles in to craft a trippy set of ’60s-style psychedelic stoner-freak folk. No shit. But fans can rest assured his skewed, sardonic lyrical brilliance hasn’t changed a bit.

WHAT ARE THE MOST REVEALING LYRICS? “Go put the kids to bed.”

WHAT SHOULD IT BE TITLED? Strange Life — though the Terror Twilight track Folk Jam also seems apropos.

HOW SHOULD I LISTEN TO IT? While sitting crosslegged and meditating.

WHAT ARE THE BEST SONGS? More upbeat cuts like Xian Man and Shadowbanned were preview singles for a reason, but lazier, loopier fare like ACC Kirtan, Flowin’ Robes and Brainwashed will grow on you.

WHAT WILL MY FRIENDS SAY? ‘Should we start up a pool on what his next album is going to be? Because I’m torn between African bongo jazz and Bulgarian accordion-rock.’

HOW OFTEN WILL I LISTEN TO IT? It’s not the album you put on to get the party started. But it might be the one you cue up at the end of the evening as things are winding down.

IF THIS ALBUM WERE A SCENT, WHAT WOULD IT BE? Sandalwood or patchouli incense.

SHOULD I BUY, STREAM OR STEAL IT? Steaming isn’t very traditional, but it might be the best way to see if you like this enough to add it to your collection.