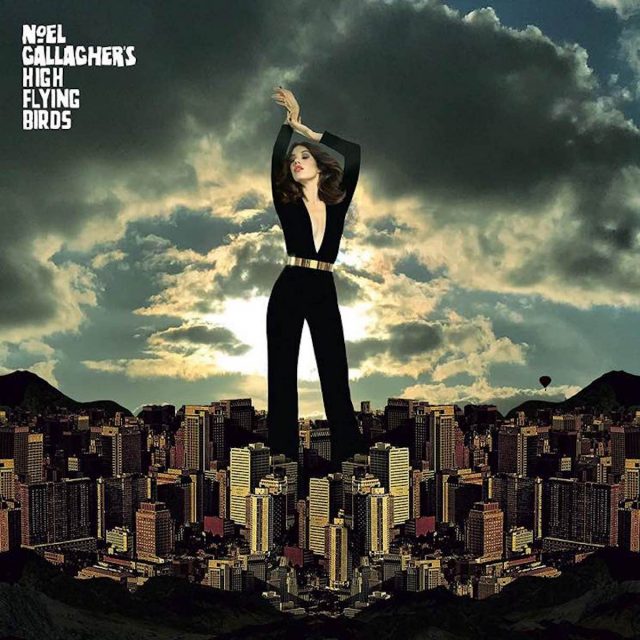 WHO ARE THEY? The former (and come on, let’s be honest: future) Oasis singer-guitarist. Brother Liam’s lifelong nemesis and ceaseless tormentor. And the cantankerous crank who just cheekily reminded us we only have to wait 13 more years for him to retire. As if Liam would ever be so lucky.

WHAT IS THIS? His fourth EP in the space of a year — which can only mean one of two things: 1) He doesn’t have the time, attention span, focus or interest to make albums right now, or 2) Liam hates EPs. Either way, this one features three new originals, along with two remixes of the title track.

WHAT DOES IT SOUND LIKE? A bit of this, a bit of that. (Maybe there’s something to that short-attention-span theory after all.) Blue Moon Rising is a late-night four-on-the-floor dance-rocker with some rave-like flourishes; Wandering Star is a ringing rock ballad that may or may not be a Christmas song (I guess we’ll find out in nine months); and the shuffling Come On Outside is an Oasis-style throwback.

WHAT ARE THE DUMBEST LYRICS? “If the voices in your head get so loud / And your problems are the size of a cow / When the world and his wife get you down / Come on outside.”

WHAT SHOULD IT BE TITLED? It’s Just Another Fookin’ EP, Innit?

HOW SHOULD I LISTEN TO IT? On a playlist with his other EPs — at least that way it might seem like he’s made a new album.

WHAT ARE THE BEST SONGS? Come On Outside is an early favourite, but the seven-minute Reflex Revision Mix of Blue Moon Rising is actually better than the original version.

WHAT WILL MY FRIENDS SAY? ‘Another EP? It’s like repeatedly going to a restaurant that only serves appetizers.’

HOW OFTEN WILL I LISTEN TO IT? About as often as you listened to the last three.

IF THIS ALBUM WERE A HOT DISH, WHAT WOULD IT BE? A fridge-emptying casserole at a holiday potluck.

SHOULD I BUY, STREAM OR STEAL IT? Maybe if we stop buying these things, he’ll buckle down and write more then three songs at a time. Then again, probably not.