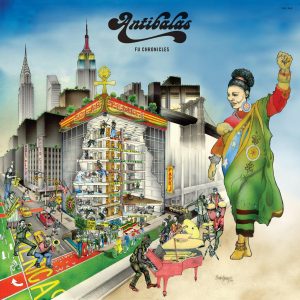 THE PRESS RELEASE: “With a globetrotting 20-year career renowned for being a voice for the people across four decades of political and societal upheaval from the late ‘90s to today, Antibalas celebrates its 20th Anniversary with a stark return to their Williamsburg roots on its latest Daptone Records studio album, Fu Chronicles. Pre-gentrified Williamsburg serves as the backdrop for Fu Chronicles — voyaging back to the early days of when Antibalas and Daptone Records spawned out of lead singer Duke Amayo’s kung fu dojo. A senior master of the Jow Ga Kung Fu School of martial arts, Duke Amayo along with Antibalas founder/baritone saxophonist Martín Perna guide listeners through an epic journey of where kung fu ingeniously intersects with Afrobeat on Fu Chronicles.”

MY TWO CENTS: It seems a bit mellower and more low-key than some of their other releases — not that there’s anything wrong with that. At any speed, these guys are light-years ahead of most of their competitors. I don’t how much of the whole self-mythologizing bio above is true, but their deeply grooved sounds couldn’t be more authentic. 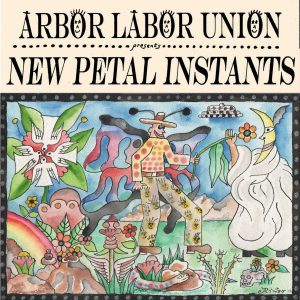 THE PRESS RELEASE: “Atlanta’s Arbor Labor Union (Bo Orr, Brian Adams, Ryan Evers and Bryan Scherer) have routinely been involved in and influenced by the scene and ideology of DIY punk but they have also remained indebted to the classic rock radio stations on which they grew up. Therefore, the members of Arbor Labor Union have always felt a mission to marry the communal aspect of punk and its non-conformist ethos with just how plain good rock n’ roll has always sounded to them. For their newest record, New Petal Instants, they enlisted Bryan Scherer (Warm Red) on drums and his presence brings a new life and energy to ALU’s specific brand of Cosmic American Music. The songs on New Petal Instants were recorded by Rob Sarabia at The Living Room and are characterized by faster and more complex rhythms, playful riffing, thumping grooves and lyrics that marry a Whitman-esque optimism and appreciation toward nature with the working-class sympathies of Woody Guthrie. Furthermore, friends such George O’Madadhain (violin) and Dorothy Stucki (vocals) were asked to collaborate on a couple of the songs and their contributions bring an additional liveliness to the music. After five plus years of being a band and two releases (Sings For You Now 2014 and I Hear You 2016) as well as two online EPs, Arbor Labor Union have steadily maintained a shared goal to bring joy through their sound while simultaneously promoting a better world for all. The newest product of this continued endeavor is New Petal Instants.”

MY TWO CENTS: A band that invokes the Cosmic American Music of the jammers and the DIY attitude of post-punk? Sounds like a mess. But to their credit, these guys make it work, thanks in no small part to cuts that toe the line between Americana and post-punk, fusing knotty licks and meandering progressions with spiky hooks and yelpy vocals. A little Grateful Dead, a little Meat Puppets, a little Talking Heads and a whole ton of cool. 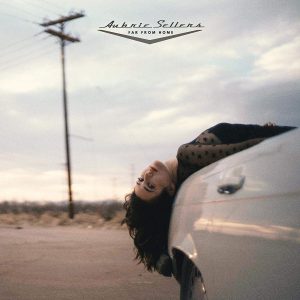 THE PRESS RELEASE: “Ahead of the release of her highly-anticipated sophomore album Far From Home, Aubrie Sellers released the album’s reflective title track as her latest single. Far From Home, written by Aubrie alongside Park Chisholm, takes listeners on a sweeping, cinematic journey as Aubrie’s delicate vocals express both a weary loneliness and an unwavering faith that it won’t always be that way. “This song came from the feeling of being disconnected from others, or never quite fitting in,” Aubrie reveals. “Feeling like I’m not in the right place is something that seems to follow me around. It can seem like you’re speaking a different language than everyone else, always looking for something more or something more right. Far From Home is about that loneliness, with the hope that we will all find our place eventually.” Far From Home offers another glimpse into the introspective vulnerability of Aubrie’s forthcoming sophomore album, co-produced by Aubrie and Frank Liddell (Miranda Lambert, Brandi Carlile, Jack Ingram) and recorded at Sonic Ranch outside of El Paso, Texas. Aubrie previously released singles Drag You Down, My Love Will Not Change featuring Steve Earle, and Worried Mind, which were each met with critical praise. With Far From Home, Aubrie introduces her first new music in three years following the release of 2016’s standout debut album New City Blues.”

MY TWO CENTS: Skip the pensive opening title cut and go straight to the Steve Earle duet or edgy mid-album nuggets like Drag You Down and Glad. They’re a far better introduction to the disc, which sets Sellers’ breezy southern drawl and bittersweet melodies against edgy, gnarly alt-roots rockers. Not your average country album — which is kind of a surprise, considering Sellers is the daughter of the daughter of Jason Sellers and Lee Ann Womack, while producer Liddell is her stepfather. 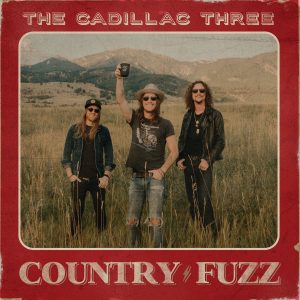 THE PRESS RELEASE: “Proud of their roots and fueled by the sonic melting pot of Music City, Nashville natives The Cadillac Three have unveiled the details for their fourth full-length record Country Fuzz. “We’ve spent the last two and a half years working on this album,” exclaims Grammy-nominated frontman Jaren Johnston, “but our sound even since high school has always been the epitome of Country Fuzz – Country, rock and just a little bit of funk.” Armed with a diverse arsenal of radio-ready country anthems, hard and heavy rock ballads and traditional southern folk, Country Fuzz is set to launch The Cadillac Three to even higher planes.”

MY TWO CENTS: Granted, it’s ain’t perfect. Like a lot of contemporary so-called country, this crowdpleasing disc is more concerned with rock guitars, funky grooves and party-hearty lyrics than three chords and the truth. On the plus side, these dudes know how to write a good riff and a catchy chorus, and their songs have enough attitude enough to get by — along with plenty of fuzzy sonics as promised. Just as importantly, these lunkheads are smart enough not to take themselves seriously, and to keep the romantic ballads to a minimum. So even if it’s a long way from the Grand Ole Opry, at least it’s a grand old time. 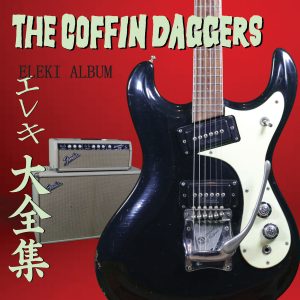 THE PRESS RELEASE: “Over the years, we’ve grown enamored of the incredible rock and roll that came out of Japan in the 1960s led by such greats as Takeski Terauchi & Yuzo Kayama … so enamored that we decided to pay them homage and record 14 of our favorites.”

MY TWO CENTS: Is this cultural appropriation? Probably. But who gives a shit? It’s cool, it rocks, and these New York surf-rockers will probably introduce you to at least a dozen twangy instrumental gems you’ve never heard before. So shut up, lighten up and have some fun for a change. 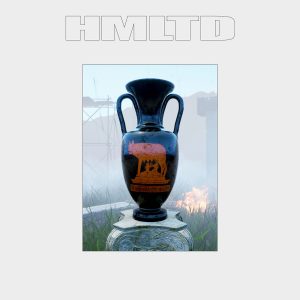 THE PRESS RELEASE: “London based five-piece HMLTD’s debut album, the expansive, labyrinthine West of Eden, is out now. Several years in the making, the daring collection of songs created to incite conversation about proposed new visions of masculinity, the decadence of western capitalism and the violence of insecurity and repression. It includes explosive comeback singles Loaded and The West is Dead, plus the stunning curveball of Why? and the boldly optimistic anthem Blank Slate. Across these 15 tracks the band realise their artistic vision in full technicolour, with all shades of their sonic palette used to create an album that is equal parts lush and abrasive. Vocalist Henry Spychalski describes the album thus, “West of Eden is a portrait of a civilization on the brink of collapse. This is the world our generation will spend its lives in, and we somehow need to find love and meaning within it. This album is about the struggle that we will all live, and about turning that struggle into joy.”

MY TWO CENTS: it’s an audacious mish-mash of sounds and styles that seems to be trying to be as musically flamboyant as their notoriously gender-bending performances. And while some tunes hold up better than others, you have to give them points for trying, I guess. But given that British buzz bands have the lifespan of fruit flies, it’s anybody’s guess if these lads will stay popular long enough for their music to get any traction on this side of the Atlantic.