This week’s top new releases are brought to you by the words black, king and mind — and include a hefty portion of top-quality CanCon, with a side order of twang. Enjoy. 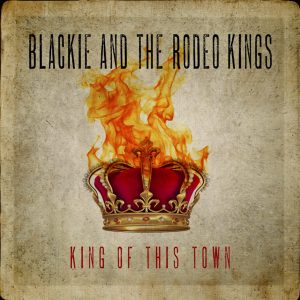 Blackie & The Rodeo Kings
King Of This Town

THE PRESS RELEASE: “Critically acclaimed, Juno Award-winning Blackie and the Rodeo Kings – Tom Wilson, Stephen Fearing and Colin Linden – will celebrate their 25th year together in 2020 and have no intention of slowing down. The band is pleased to announce that the release of their 10th album King of this Town. Blackie formed in 1996, when Linden, Fearing, and Wilson came together to record what was supposed to be a one-off tribute album to the great Canadian songwriter Willie P. Bennett. At the time, all three members were deeply committed to burgeoning solo careers that they had no intentions of putting on hold, and had no plans to turn Blackie into an ongoing concern. Now 25 years later, Blackie and the Rodeo Kings have organically evolved into one of the finest roots-oriented band in North America, and remain one of Canada’s greatest musical treasures.” 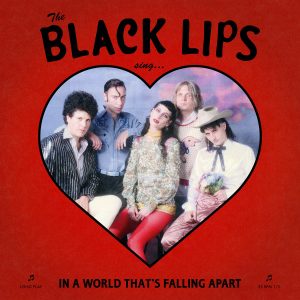 THE PRESS RELEASE: “Atlanta underground rock provocateurs Black Lips have announced their new LP The Black Lips Sing In A World That’s Falling Apart. Boasting an unapologetic southern-fried twang, the 12-track collection marks the quintet’s most pronounced dalliance with country music yet, with a clang and harmony that is unmistakably the inimitable sound and feel of The Black Lips. While the songcraft and playing is more sophisticated, The Black Lips were determined to return to the raw sound roots that marked their early efforts. Recorded and co-produced with Nic Jodoin at Laurel Canyon’s legendary, newly reopened Valentine Recording Studios (which played host to The Beach Boys and Bing Crosby before shuttering in 1979) without Pro-Tools and other contemporary technology, the band banged the album out directly to tape quickly and cheaply, resulting in their grimiest, most dangerous, and best collection of songs since the aughts.” 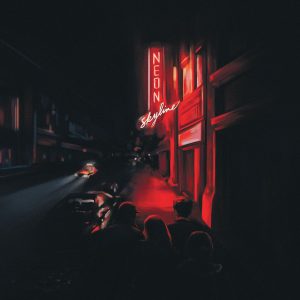 THE PRESS RELEASE: “Few artists are storytellers as deft and disarmingly observational as Andy Shauf. The Toronto-based, Saskatchewan-raised musician’s songs unfold like short fiction: they’re densely layered with colorful characters and a rich emotional depth. On his new album The Neon Skyline, he sets a familiar scene of inviting a friend for beers on the opening title track: “I said, ‘Come to the Skyline, I’ll be washing my sins away.’ He just laughed, said ‘I’ll be late, you know how I can be.'” The LP’s 11 interconnected tracks follow a simple plot: the narrator goes to his neighborhood dive, finds out his ex is back in town, and she eventually shows up. While its overarching narrative is riveting, the real thrill of the album comes from how Shauf finds the humanity and humor in a typical night out and the ashes of a past relationship.” 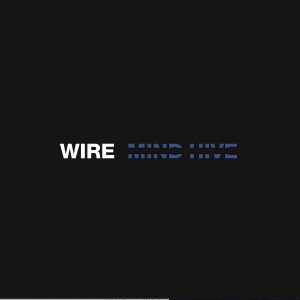 THE PRESS RELEASE: “Wire are the definitive post-punk group. Since their inception they’ve maintained a reputation for creating music that stretches the rock form whilst simultaneously editing it down to its essence. With their gift for crafting songs that perfectly balance experimentation and accessibility, Wire are hailed as one of the most consistent British bands of all time. Yet they exhibit little inclination to look back or trade on past glories, rather they remain resolutely focused on producing music which is smart, vital and defiantly modern. Mind Hive is the group’s first newly recorded material since 2017’s stellar Silver/Lead. That album garnered rave reviews and career best sales. Yet, if Silver/Lead set the bar pretty high, Mind Hive seems to have no problem vaulting over it. Mind Hive is the most masterful 35 minutes of post-punk you will hear this year.” 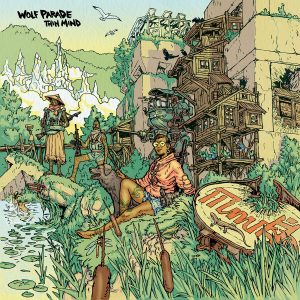 THE PRESS RELEASE: “Every moment spent gazing at our screens is oversaturated with content, an ever-accelerated news cycle conditioning our ever-decreasing attention spans. The struggle to stay present, and to foresee a clear, sustainable future, feels very real. Wolf Parade address this phenomenon head-on with Thin Mind, the band’s fifth full-length and second to be produced by John Goodmanson (Bikini Kill, Sleater-Kinney, Unwound). “Thin Mind refers to the way that being around too much tech has made our focus thin,” says keyboardist Spencer Krug. “It’s opening one more page, scrolling one more thing,” adds guitarist Dan Boeckner, “and the weird, sort-of hollow automaton feeling that you get from it.” “This record is very personal, but at the same time, we’re all coming from the same place of a general sense of anxiety,” says drummer Arlen Thompson. “How do you deal with the constant barrage of having your opinions swayed by all these different actors when you don’t know who they are or what their purpose is? There is no normal anymore.”