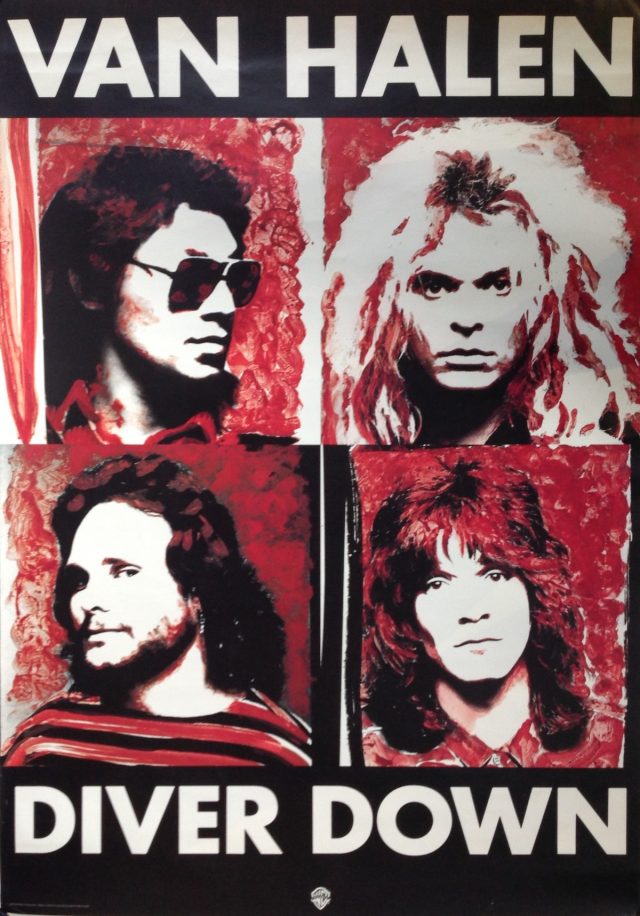 For a band that hasn’t released an album for seven years — and very likely never will again — Van Halen sure have been in the news a lot lately.

First there were reports of Eddie Van Halen being hospitalized due to complications from cancer treatments. Then there was that picture his son Wolfgang tweeted after some dude asked Eddie to take his photo at a Tool concert — without having any clue who he was talking to. Then pretty much everyone over the age of 40 had a conniption because 17-year-old Billie Eilish said she didn’t know who they were. Once again, Wolf had the best reaction, which was to point out that both artists are great and worth a listen — and that music should bring us together, not divide us. (It should also be noted that Eddie has repeatedly claimed he almost never listens to any music except whatever he’s working on, so he’s probably even more out of the pop-culture loop than she is.) All of it reminded me that I have this artsy Diver Down promo poster lying around. I’ve already shared stories about seeing Van Halen live back in the day and interviewing David Lee Roth, so I won’t bother repeating myself. I’ll just say that if you’re a fan and would like to buy this poster, email me and we’ll try to make that happen. UPDATE: This poster has been sold.