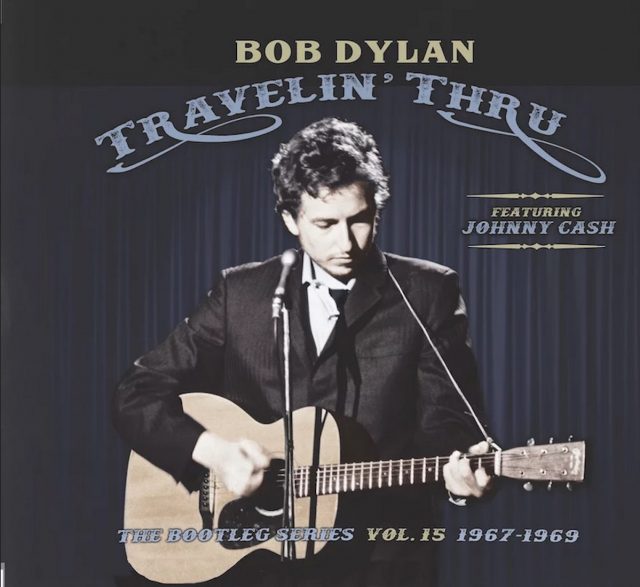 WHAT IS THIS? The latest chapter in Dylan and his label’s apparently never-ending Bootleg Series, Travelin’ Thru, 1967–1969 is a three-disc deep dive into Bob’s so-called country era, collecting previously unreleased versions of songs from John Wesley Harding, Nashville Skyline and Self Portrait, along with an incredible Johnny Cash session, some Earl Scruggs duets and other related rarities.

WHAT DOES IT SOUND LIKE? Dylan in freewheelin’ mode. Like several other Bootleg sets based around studio sessions, these alternate takes, working versions and rehearsals find Dylan and his band of first-call Nashville session cats keeping things loose, light and relaxed as they woodshed future classics like All Along The Watchtower, Lay Lady Lay and more. Fun fact: Kris Kristofferson was a janitor in the studio during some of these sessions.

WHAT SHOULD IT BE TITLED? The Boy From The North Country Goes Country.

HOW SHOULD I LISTEN TO IT? Ideally, while strolling Music Row, The Gulch and Lower Broadway in Nashville, before ending up at the Ryman or in the back room at Tootsie’s. If you can’t swing that, you could at least dress all in black, dig out some cowboy books and find some Tennessee sippin’ whiskey.

WHAT ARE THE BEST SONGS? There are plenty of minor gems in the 50-song set, including the bluesy outtake Western Road, spry versions of Watchtower, To Be Alone With You and Country Pie, bluegrass jams with Scruggs and revamped covers of Cash’s Ring of Fire and Folsom Prison Blues. Speaking of the Man in Black, the Dylan-Cash sessions are the centrepiece of the set, with Zimmy and Johnny (backed by a crew that includes Carl Perkins) cutting loose on Sun Records chestnuts, Cash classics, gospel standards, Jimmie Rogers oldies and more. At one point, they show everyone that Bob’s Don’t Think Twice, It’s All Right and Cash’s Understand Your Man are basically the same song — by singing each other’s lyrics at the same time as the band plays (“We both stole it from the same song,” Cash cracks).

WHAT WILL MY FRIENDS SAY? ‘How in the world can an hour’s worth of recordings by Bob Dylan and Johnny Cash — including duets of I Walk the Line, That’s All Right, Mama and Five Feet High and Rising — possibly go unreleased for half a century?’

HOW OFTEN WILL I LISTEN TO THIS? Whether you’re a fan of Dylan, Cash, Scruggs, Nashville or country music in general, Travelin’ Thru gives you umpteen reasons to make a return trip.

IF THIS ALBUM WERE A MONUMENT, WHAT WOULD IT BE? Mount Rushmore — if it only had two heads and had been hidden from view for decades.

SHOULD I BUY, STREAM OR STEAL IT? If the box-set price tag is a bit rich for your blood, there’s also a single-disc set of highlights.