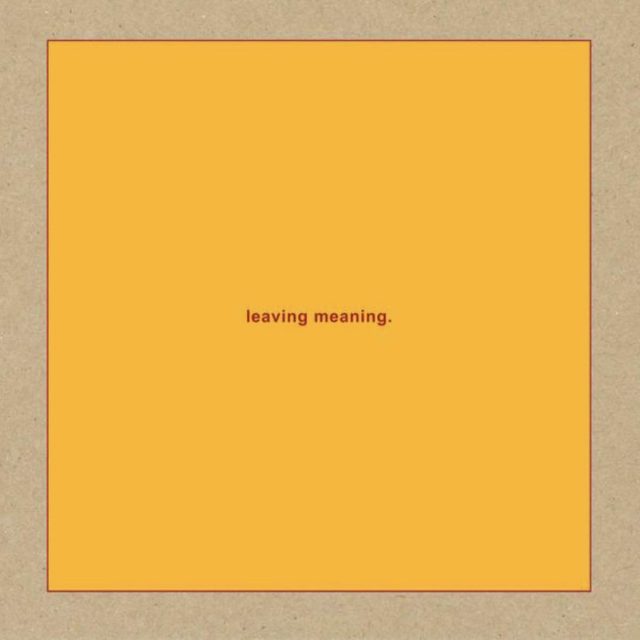 WHO ARE THEY? Singer-guitarist, founder, frontman, chief songwriter, sole permanent member and mostly benevolent dictator Michael Gira — along with the latest super-sized incarnation of his ever-changing experimental ensemble from New York City.

WHAT IS THIS? Swans’ 15th studio offering and fifth release since reuniting in 2010 following a 13-year hiatus, the two-disc Leaving Meaning continues Gira and co.’s sonic and stylistic evolution — while retaining the essential darkness and danger that have always been the hallmarks and trademarks of their subversive sound.

WHAT DOES IT SOUND LIKE? Staring into the bottomless abyss. Or perhaps drowning in quicksand. Anchored by hypnotic circular grooves, fashioned and fuelled by droning soundscapes and topped with Gira’s doom-laced lyrics, stark chants and relentlessly intense delivery, these post-rock monuments reach up from the depths, grab you by the throat and slowly but surely pull you down into their beautifully bleak netherworld. Consider yourself warned.

WHAT SHOULD IT BE TITLED? No title could possibly match the blackness of Gira’s worldview.

HOW SHOULD I LISTEN TO IT? While curled up in the fetal position in the closet at midnight after a traumatic personal loss of some sort.

WHAT ARE THE BEST SONGS? The brutal Hanging Man; the bad trip of the title track; the slowburning and irradiated Sunfucker; the haunting and haunted cacophony of The Nub, one of few cuts featuring Australian avant-garde jazz trio The Necks.

WHAT WILL MY FRIENDS SAY? ‘I never realized just listening to an album could be as physically and psychically draining as this is. When can we hear it again?’

HOW OFTEN WILL I LISTEN TO THIS? You’ll be back. You won’t be able to help yourself. You know you want it.

IF THIS ALBUM WERE A MEDICAL CONDITION, WHAT WOULD IT BE? Paranoid schizophrenia coupled with a messiah complex.

SHOULD I BUY, STREAM OR STEAL IT? It’s probably best just to give Gira whatever he wants and back away slowly.