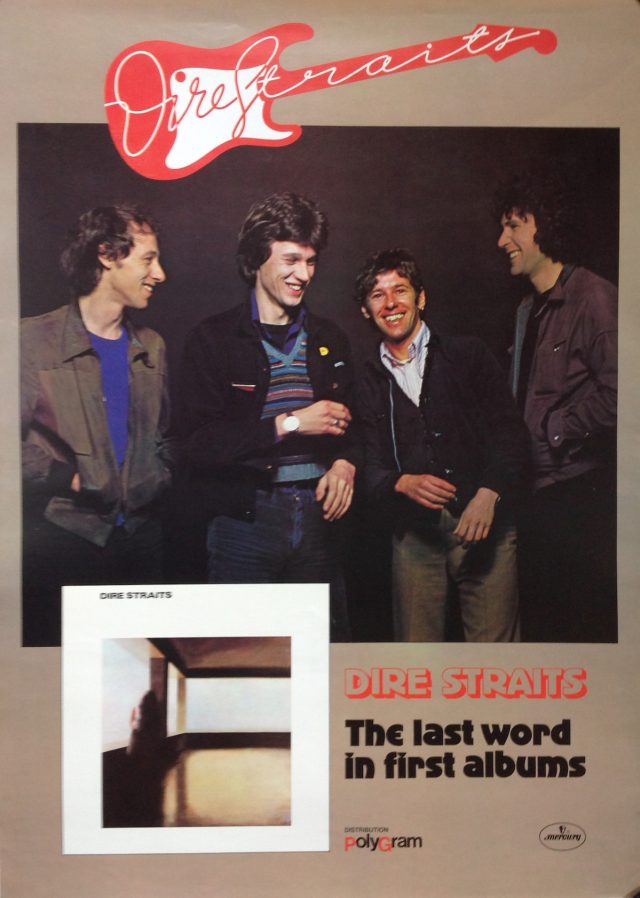 Like countless other music lovers at the time, I became a Dire Straits fan the first time I heard Sultans of Swing on the radio back in 1978. I got all their albums — Making Movies is still my favourite; I remember it was one of the first CDs I bought — and saw them live whenever I could. I have never interviewed Mark Knopfler, but I’ve enjoyed most of his solo work, especially All the Roadrunning, the disc he made with Emmylou Harris back in 2006. Last time I saw him play, he was opening up for Bob Dylan, which was every bit as magnificent a double-bill as you would expect. I thought it was a shame that he didn’t want to bury the hatchet long enough to show up at their Rock and Roll Hall of Fame induction, but hey, that’s life. Speaking of days gone by, somewhere during my record-store years, I managed to score this primo promo poster for their first album. I’ve looked online, but I can’t find another copy of it anywhere, so I guess it’s pretty rare. Perhaps it was only printed in Canada. Anyway, if you’d like to own it, EMAIL ME. And while you’re at it, enjoy the demo version of Sultans below — I like it every bit as much as the slicker version.