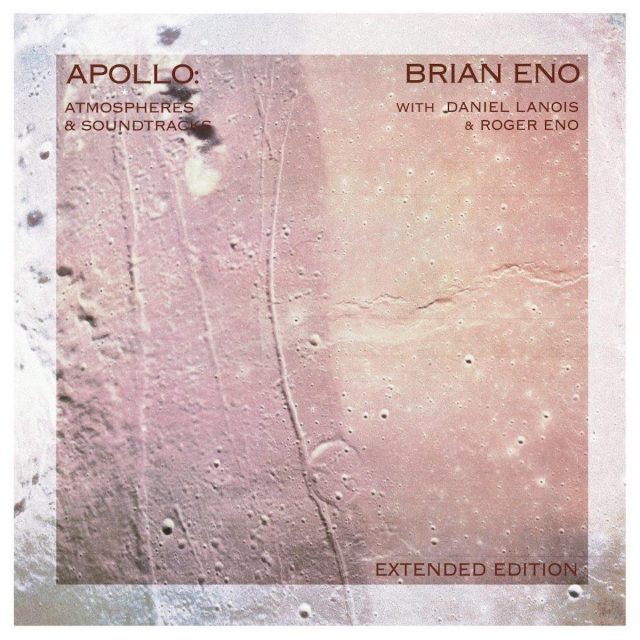 WHO IS HE? The onetime Roxy Music keyboardist, longtime ambient soundscapist and visionary superstar producer of U2, Talking Heads, Devo and others — accompanied here by his multi-instrumentalist brother Roger and likeminded Canadian collaborator and protege Daniel Lanois.

WHAT IS THIS? A richly remastered, generously expanded and very timely reissue of his ninth solo release from 1983 — which was originally composed as the soundtrack for a feature-length documentary on the Apollo 11 moon mission.

WHAT DOES IT SOUND LIKE? Pretty similar to Eno’s other ambient releases — though the twinkly notes, spacious setting, gently floating atmospherics and interstellar rumbling certainly suit the subject matter. Can’t really say the same for Lanois’ country-tinged slide guitar pieces.

WHAT WOULD BE A BETTER TITLE FOR THIS ALBUM? Return to Tranquility Bay.

HOW SHOULD I LISTEN TO IT? At night, while gazing up at the heavens.

WHAT ARE THE BEST SONGS? Whether you know it or not, you are probably already familiar with An Ending (Ascent) and Deep Blue Day from the soundtracks to Trainspotting, Traffic, 28 Days Later, Drive and others. But the real treats here come on the bonus disc with 11 previously unreleased instrumentals that are every bit as cosmic and fully realized as their predecessors — but slightly more animated, melodic and propulsive.

WHAT WILL MY FRIENDS AND FAMILY SAY? ‘Heavenly.’

HOW OFTEN WILL I LISTEN TO THIS? Well, the U.S. space program will be celebrating a lot of 50th anniversaries over the next few years.

IF THIS ALBUM WERE A NATURAL PHENOMENON, WHAT PHENOMENON WOULD IT BE? Aurora borealis.

SHOULD I BUY, STREAM OR STEAL? It’s one small purchase for man …