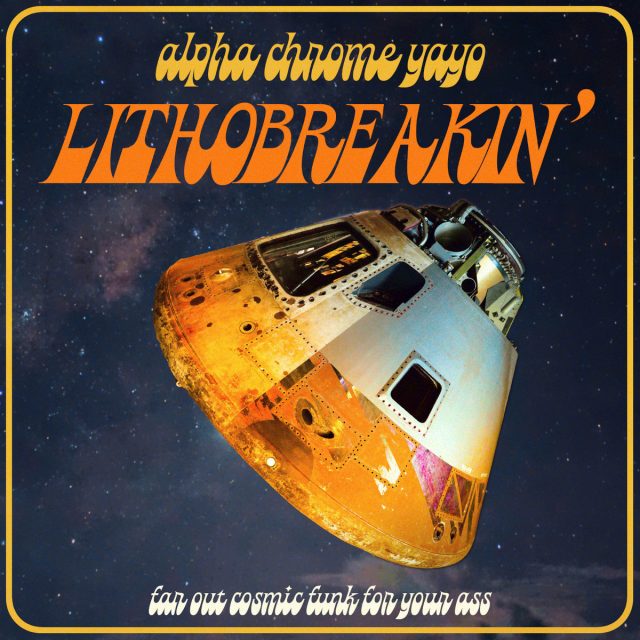 There’s a good reason that major-label music releases taper off in the summer: People have better things to do than sit and listen to a jillion albums. With that in mind, here are four recent indie EPs that will feed your new-music jones without taking up too much of your life — or emptying your wallet. Enjoy: 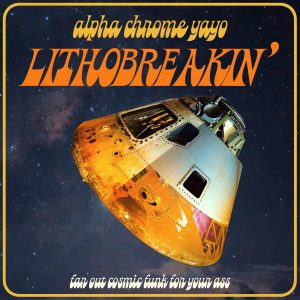 Just in time for the 50th anniversary of the Apollo moon landing, prolific Irish DIY dynamo (and Friend of Tinnitist) Alpha Chrome Yayo blasts off with his fittingly spaced-out new EP Lithobreakin’. Grab some astronaut ice cream, mix up a pitcher of Tang and get ready to Moonwalk to infinity — and beyond. THE PRESS RELEASE: “Lithobreakin’ sees ACY fix his sights on far out cosmic electro-funk. Inspired in almost equal parts by the interstellar grooves of Zapp and Roger, vintage Sega Mega Drive title Toejam and Earl, and the surprisingly sexy world of astrophysics, it’s a wild synth-laden, booty shakin’ voyage across the funkiverse. On the B-side is the markedly different but equally unforgettable Escape Atrocity, a Jean-Michel Jarre–influenced dive into the most solitary reaches of outer space, where staggering beauty and crushing loneliness meet.” Ladies and gentlemen, we are funkin’ in space: 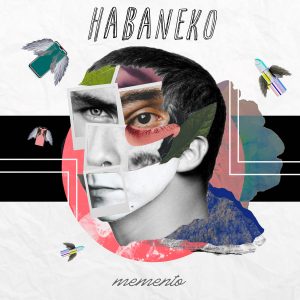 Their moniker might sound Asian, but Habaneko are in fact an Italian duo. Giorgio Daniele works the synths and sequencers, while Luigi Gilardino handles the main vocals. Seems like a good arrangement. Their sophomore EP strikes a similar balance between ambient and art-rock, landing somewhere between the realms of ’70s Pink Floyd and Berlin-era David Bowie. There are worse places to be. THE PRESS RELEASE: “Memento is the proof that not everything is done for. We are the exact result of our past glories, failures, experiences and trouble…..so there’s no reason to be afraid of a bad picture, it’s just another small fragment of a bigger one called ME.” Remember their name:

Yes, the title of their debut EP can be shortened to F.U.U. — or FU2. I’m sure that’s no accident. And yes, this London trio’s name is Neverlanded. I know that’s no accident, since their grungy sound is guaranteed to remind you of another band that put out an album called Nevermind (along with a few other artists who either influenced or were influenced by that LP). All of which seems like a very good thing to me. You too, I suspect. THE PRESS RELEASE: “Dark lyrics, heavy guitars, groove, headbanging, sweat and electricity are the elements we provide on our shows. Our sound on our debut EP F.U.U. is influenced by bands like Placebo, L7, Silverchair, Garbage, Nirvana, Cranberries, Pixies and Refused.” Here they are now: 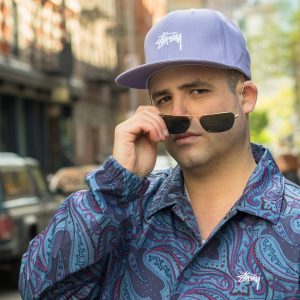 Some people look like their music. Jesse Andruez isn’t one of them. Not to me, anyway. To me, the ballcap and shades and paisley shirts make him seem like some sort of wannabe hip-hopper. Really, he’s a singer-songwriter and keyboardist whose songs have plenty of depth and breadth. But they’ve also got hip-hoppy grooves, so maybe he’s right and I’m wrong. You can decide for yourself. THE PRESS RELEASE: “Jesse Andruez grew up in the suburbs of Boston, Mass. From a very young age he had an intense fascination with music. As a child he was enrolled in piano lessons; though preoccupied with his own musical ideas, he rarely practiced what was tasked to him. Instead, he focused on his ideas, which developed into discovering his gift for songwriting. Coupled with his passion for performing as a singer and pianist, he moved to New York City at age 18 to follow his dream of become a great artist. He has performing gigs over the past years in New York City at such notable venues as Rockwood Music Hall, The Living Room, The Bitter End, and has released several EPs and singles. His most recent endeavor with lyricist Ricardo Maniér; his EP Distractions was released on all platforms in May 2019.” Put him in focus: