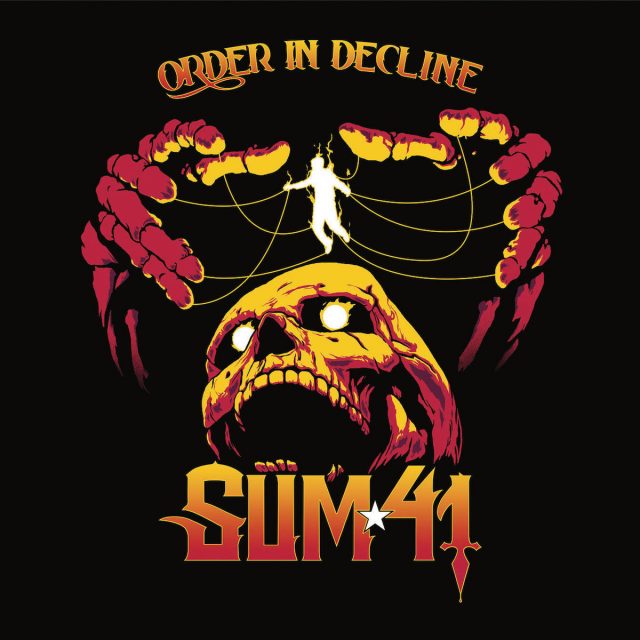 WHO ARE THEY? The impressively resilient and unrepentantly in-your-face Canadian pop-punk veterans fronted by singer-guitarist Deryck Whibley.

WHAT IS THIS? Their seventh studio album — out July 19 — is also their second release since Whibley barely survived kidney and liver failure and cleaned up his act following years of alcohol abuse.

WHAT DOES IT SOUND LIKE? As the title might suggest, Order in Decline’s lyrical content is more politically minded, worldly and topical than 2016’s personal, inward-looking 13 Voices. But musically, it delivers the classic Sum 41 cocktail of metallic riffage, punky attitude and razor-sharp pop-rock hooks.

WHAT WOULD BE A BETTER TITLE FOR THIS ALBUM? Sum More.

HOW SHOULD I LISTEN TO IT? On an old boombox down at the skate park.

WHAT ARE THE BEST SONGS? The Trump-bashing 45 (A Matter of Time) might garner some attention, but several other cuts — including Turning Away, Out For Blood, A Death in the Family and The People Vs… — also pack a pretty visceral punch.

WHAT WILL MY FRIENDS AND FAMILY SAY? ‘Some guys never grow up.’

HOW OFTEN WILL I LISTEN TO THIS? Any time you’re looking for a hit of old-school pop-punk.

IF THIS ALBUM WERE CLOTHING, WHAT KIND OF CLOTHING WOULD IT BE? A sleeveless T-shirt and a pair of tight black pants.