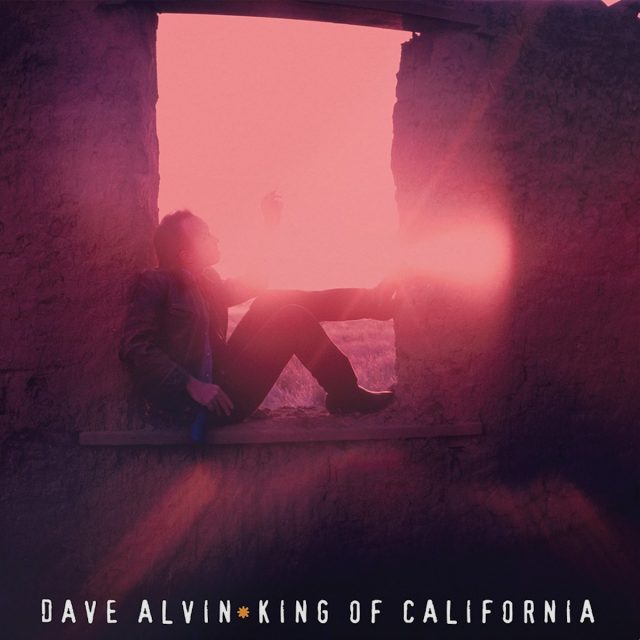 WHO IS HE? The singer-songwriter and guitar-slinger with the woodsmoke voice who got his start with brother Phil in L.A. retro-rockers The Blasters, then went on to a storied career working with everyone from X and The Knitters to The Flesh Eaters and The Gun Club.

WHAT IS THIS? An expanded reissue of his pivotal fourth solo release, the critically acclaimed but commercially underappreciated 1994 acoustic offering King of California — which deserved to win the Grammy he ended up getting six years later for his covers collection Public Domain (not that it didn’t deserve an award too).

WHAT DOES IT SOUND LIKE? An artist hitting his stride. Though Alvin had more than a decade in music under his belt by this time — and had cut many of these songs before — the mellower approach here finally finally gave him a chance to showcase the dark, rich beauty of his bruised voice.

WHAT WOULD BE A BETTER TITLE FOR THIS ALBUM? California, Here He Comes Again.

HOW SHOULD I LISTEN TO IT? On a warm night with the windows open and the bourbon handy.

WHAT ARE THE BEST SONGS? Every track here is a keeper, but it’s hard not to love these versions of Fourth of July (previously recorded by X) and Blasters’ oldies Border Radio and Little Honey. The three new cuts include the previously unreleased folk-blues instrumental Riverbed Rag with producer and producer Greg Leisz on dobro, along with a cover of Merle Haggard’s Kern River from a tribute disc and his duet with Katy Moffatt on her song The Cuckoo.

WHAT WILL MY FRIENDS AND FAMILY SAY? ‘Sure, the album is great — but those bonus tracks are pretty paltry.’

HOW OFTEN WILL I LISTEN TO THIS? If you already own it, about as often as you already do. If you’re a newbie, you’re in for a treat.

IF THIS ALBUM WERE A VACATION, WHAT KIND OF VACATION WOULD IT BE? A trip to the old family cabin — after somebody added a new room.

SHOULD I BUY, STREAM OR STEAL? The bonus tracks aren’t worth a repurchase. But if this isn’t already in your collection, don’t hesitate.