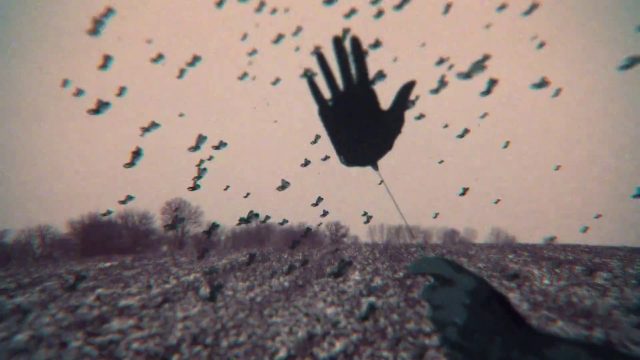 I have said it before. I am saying it again: If there’s one thing I’ve learned from running this site, it’s that people love music videos. And here’s the proof: The 10 videos below — the most popular clips on the site so far this year — have amassed nearly 20,000 views since they all premiered exclusively on Tinnitist. And there’s plenty more where they came from. Just click the Video Premiere tag at the bottom of the page to see dozens more clips that debuted in these pages. And keep watching: I’m always lining up more exclusives! Now, on with the countdown:

Today is gonna be the day that How To Make People Like You celebrate the success of their awesome animated video for their cover of the Oasis classic Wonderwall — Tinnitist’s most-viewed video of 2019’s first half. The quirky Toronto pop trio’s latest video is an ambitious offering, drastically revamping the Britpop landmark into an avant-garde “Trashcan Orchestral” ballad, then illustrating it with eye-popping animation that delivers a dramatic visual statement about war, loss and remembrance. Fittingly enough, the road the band had to walk to get here was winding. “I did an an arrangement of Wonderwall a few years ago for a female singer,” explains HTMPLY songwriter and producer Ryan Luchuck. “When the How To Make People Like You thing started, we were looking for a cover that we could really put our stamp on. We decided to try taking the traditional orchestral sound and overlay our raw trashcan noisyness. It worked pretty well.” You think?

Indigenous rockers Midnight Shine bring a timely new sound to a timeless classic with their cover of Neil Young’s Heart of Gold. The single from the band’s third album High Road honours the heart and soul of the original folk-rock standard while taking it in a distinctly different direction by incorporating wailing vocals, a tom tom-heavy backbeat, slide guitar in the bridge and a verse sung in Mushkegowuk Cree.

Crime pays for Leanne Pearson in the action-packed video for her single Hot Pursuit. Combining a modern-day Bonnie and Clyde-meets-Smoky and the Bandit tale of pistol-packing highway robbery with performance footage of Pearson and an all-female band, the clip makes it clear the Winnipeg country-rock queen takes a backseat to no one.

Halie Loren is awash in a sea of emotion on her video for Noah. “Noah was sparked into being after the death of someone I knew, and it was associated specifically with that person’s memory for me at first,” says the Alaska-born jazz artist. “But as the song became more fleshed out, I started to see it as containing a more universal story involving the literal and metaphorical washing away of a world, which is something that everyone experiences in some way.”

Pterodactyl Problems will have you on pins and needles with their video for Paresthesia. Written and directed by the Toronto alt-rock outfit’s frontman Davey White, the cinematic clip follows a troubled young woman fighting for her life after being trapped in a world where danger seemingly lurks around every corner — and her own dark, downwardly spiralling impulses may be her only real enemy as she struggles to find her path to escape and recovery.

Kevin Breit dishes up a tasty Italian appetizer from his new album with the single and video Stella Bella Strada. The instrumental title cut to the guitar master’s May 31 release, Stella Bella Strada loosely translates to “beautiful star of the road” — an apt handle for the video’s co-star: Breit’s stylish new guitar built by master luthier Joseph Yanuziello.

Sariyah Idan seeks deliverance in the lyric video for her compellingly intimate single Darkness. “This song fell out of me one morning in a river of melancholia and questions,” says the singer-songwriter, producer, multi-instrumentalist and bandleader. “It’s a prayer to a higher power, a female consciousness, to guide me on my path as a sensitive human in a turbulent world.” Musically layered and emotionally rich, the smouldering track showcases the New York-bred, L.A.-based artist’s ability to seamlessly combine a wide variety of disparate styles and sonics into a memorable sound all her own.

Love and commitment aren’t what they used to be in Francine Honey’s new video for the song Shacked-Up Sweetie. Taken from the bilingual Ontario singer-songwriter’s latest album To Be Continued…, the song playfully examines the fact that commitment and relationships have been redefined in the modern world. But in the end, a promise is still a promise — with or without a diamond ring.

9 | Glen Foster | Party Out There Tonight

Glen Foster takes his fun seriously. Especially in his latest track Party Out There Tonight. “Right now I’m into creating a positive message,” the veteran singer-songwriter and accomplished guitar slinger explains. “I want to be encouraging and not just concentrate on all the negative things in the world. As a musician, an entertainer, I want to be uplifting, put a smile on somebody’s face and maybe make them laugh a little bit. I don’t want to be on a platform or be a preacher. I just want to make great music that people like.” Mission accomplished.

Still Eighteen bare their teeth with the video for Carnivore. “Carnivore is a driving alternative rock song that satirically depicts a man’s insatiable greed and his ravenous appetite for more, with no regard for the consequences,” explains the band, which features former Platinum Blonde and Trixie Goes Hollywood singer Joey Ciotti, along with his wife Karen on drums and daughter Samantha on bass. That’s right, they’re a family band. But if you’re expecting warm ’n’ fuzzy, sing-songy tunes, you can ditch that image — and replace it with one where Jack and Meg White have a badass baby that grows up to join them.