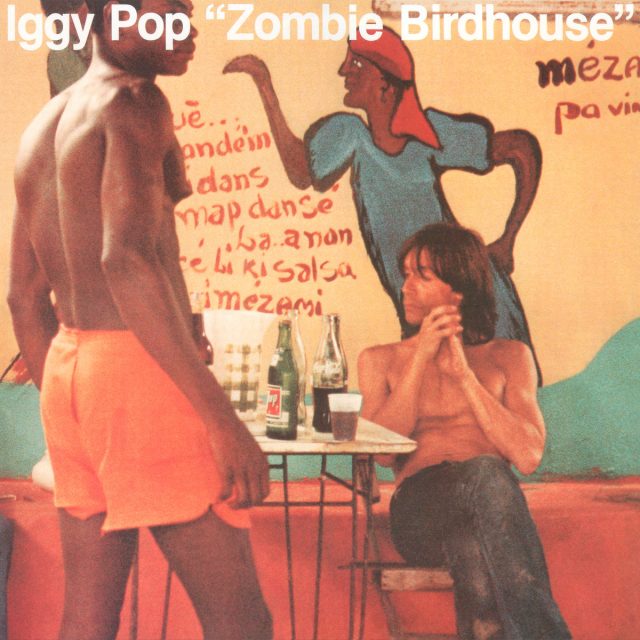 WHO IS HE? The artist formerly known as James Osterberg. The godfather of punk-turned-elder statesman of rock. The last original Stooge. The streetwalkin’ cheetah with a heart full of napalm. The world’s forgotten boy — the one who searches only to destroy. The cruise-ship jingle singer with a lust for life. The world’s oldest stage diver. And the man that almost nobody (probably including himself) expected to make it to the ripe old age of 72 with his body and brains intact.

WHAT IS THIS? The latest remastered reissue of his sixth solo album — an oddball 1982 release that occupies a netherworld between the drug-fuelled nihilism of his ’60s albums, the post-punk swagger of his’70s fare and the more appealing commerciality of his mid-’80s releases.

WHAT DOES IT SOUND LIKE? Simply put, like no other album in his vast and varied catalogue. Produced by Blondie ringleader Chris Stein and released on his short-lived label, the 12-song set forsakes gritty guitar riffage and hard-driving rhythms for weird, skeletal tracks fuelled by noisy keyboards, understated beats, seat-of-the-pants performances, off-key vocals and stream-of-consciousness lyrics.

WHAT WOULD BE A BETTER TITLE FOR THIS ALBUM? The Weirdness. It makes far more sense here than it did on The Stooges’ deservedly forgotten 2007 reunion disc.

HOW SHOULD I LISTEN TO IT? While wearing a large stalk of raw broccoli as a necklace in tribute to one of Iggy’s infamous ’80s appearances on Late Night With David Letterman.

WHAT ARE THE BEST SONGS? Eat or Be Eaten and Run Like a Villain are the most conventional rockers, but the oddball Villagers and Bulldozer aren’t far behind. On the other side of the coin, the ballads Platonic and Ordinary Bummer are buried treasures. Pity the bonus track Pain and Suffering — a Peter Gunn-style rumble-rocker with a growly vocal — is nothing to write home about.

WHAT WILL MY FRIENDS AND FAMILY SAY? ‘It’s an ordinary bummer all right.’

HOW OFTEN WILL I LISTEN TO THIS? Well, it’s definitely an acquired taste. But honestly, I’ve always enjoyed the sheer strangeness of it — and while it may not be his finest album, it’s certainly not his worst either.

IF THIS ALBUM WERE A FLY BALL, WHERE WOULD IT BE HIT? Deep into the far corner of left field.

SHOULD I BUY, STREAM OR STEAL? Try before you buy.