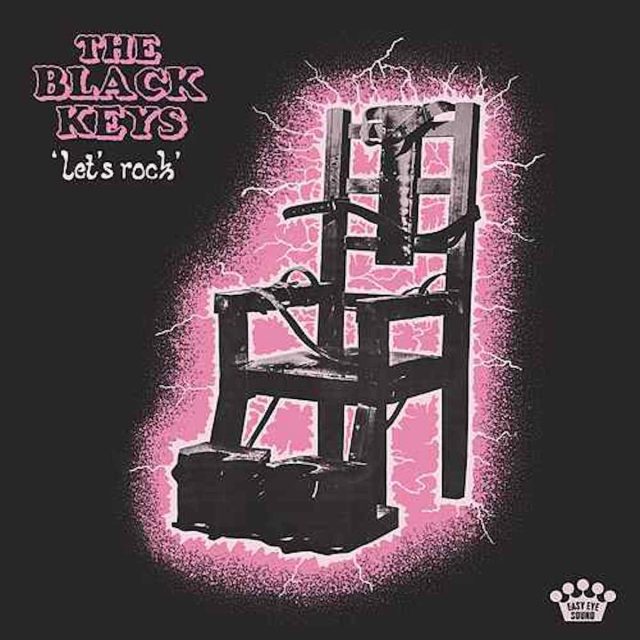 WHO ARE THEY? Singer-guitarist Dan Auerbach and drummer Patrick Carney, two childhood pals from Akron who started a scrappy garage-blues duo that gradually smoothed out their rough edges with infusions of soul, hip-hop, pop and psychedelia — until they slowly but surely evolved into chart-topping, award-winning arena-rock superstars.

WHAT IS THIS? Their truthfully and tellingly titled ninth studio album, which arrives June 28, five years after the similarly descriptive Turn Blue — and after a lengthy hiatus that saw Auerbach and Carney devoting their time to writing, recording and producing a host of other artists.

WHAT DOES IT SOUND LIKE? A comeback in every sense of the word. True to its name — a line borrowed from a death-row inmate’s final words (which explains both the quote marks around that handle and the electric chair on the album’s cover) — ‘Let’s Rock’ finds the pair toning down the keyboards and guest producers to resurrect the guitar-based attack and beefy grooves of their earlier albums. It isn’t exactly Son of Thickfreakness, but it’s closer than they’ve come for ages.

WHAT WOULD BE A BETTER TITLE FOR THIS ALBUM? Tighten Up, Straighten Up and Crank Up the Guitars.

HOW SHOULD I LISTEN TO IT? On infinite repeat at a lake party, while you and your friends play air guitar.

WHAT ARE THE BEST SONGS? Shine a Light and Eagle Birds kick off the proceedings with a deft balance of craggy, fuzzed-out riffs and soulful vocal melodies; Lo/Hi and Walk Across the Water work the bluesier side of the street; Tell Me Lies and Sit Around and Miss You pay homage to the ’70s pop-rock of Fleetwood Mac and Gerry Rafferty; Go chugs along with the urgency of its title; Fire Walk With Me closes the curtain with a spiky riff and a snappy beat.

WHAT WILL MY FRIENDS AND FAMILY SAY? ‘This is more like it.’

HOW OFTEN WILL I LISTEN TO THIS? Plenty. It’s a solidly enjoyable summertime album.

IF THIS ALBUM WERE A VACATION, WHAT KIND OF VACATION WOULD IT BE? A nostalgic, casual stroll through your old neighbourhood with your best friend.

SHOULD I BUY, STREAM OR STEAL? Hey, they lived up to their side of the bargain.