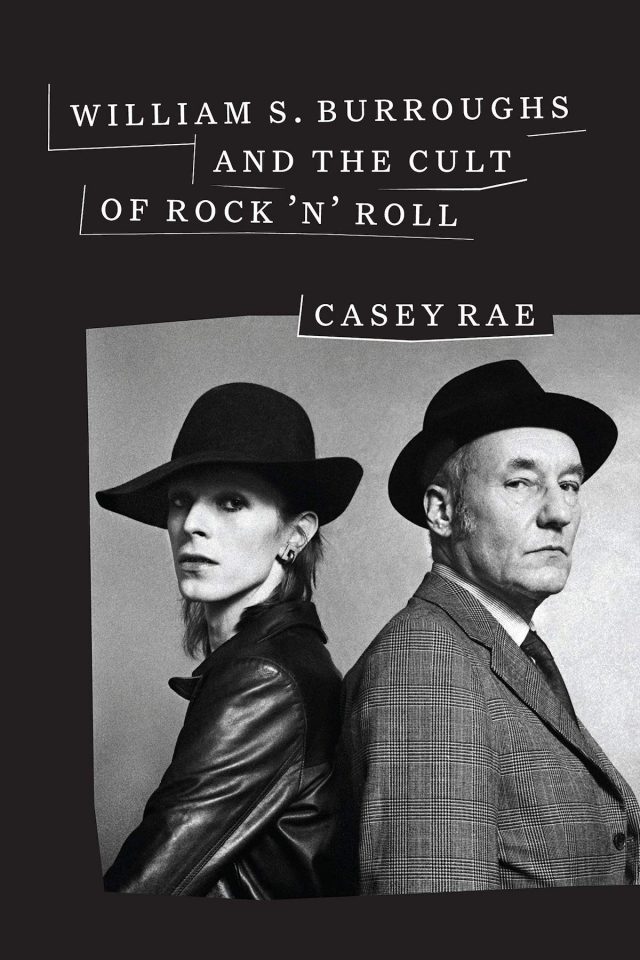 When I’m not listening to music, writing about music, or watching music on TV or online, I’m probably reading about it. Hmm. Maybe I need to expand my horizons. But not before I check out these upcoming music books: 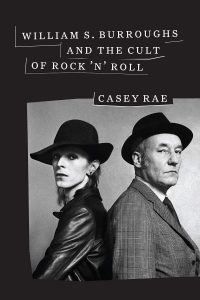 William S. Burroughs and the Cult of Rock ‘n’ Roll
By Casey Rae

THE PRESS RELEASE: “William S. Burroughs’s fiction and essays are legendary, but his influence on music’s counterculture has been less well documented—until now. Examining how one of America’s most controversial literary figures altered the destinies of many notable and varied musicians, William S. Burroughs and the Cult of Rock ‘n’ Roll reveals the transformations in music history that can be traced to Burroughs. A heroin addict and a gay man, Burroughs rose to notoriety outside the conventional literary world; his masterpiece, Naked Lunch, was banned on the grounds of obscenity, but its nonlinear structure was just as daring as its content. Casey Rae brings to life Burroughs’s parallel rise to fame among daring musicians of the 1960s, ’70s, and ’80s, when it became a rite of passage to hang out with the author or to experiment with his cut-up techniques for producing revolutionary lyrics (as The Beatles and Radiohead did). Whether they tell of him exploring the occult with David Bowie, providing Lou Reed with gritty depictions of street life, or counseling Patti Smith about coping with fame, the stories of Burroughs’s backstage impact will transform the way you see America’s cultural revolution—and the way you hear its music.” 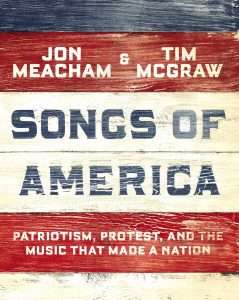 Songs of America: Patriotism, Protest, and the Music That Made a Nation
By Jon Meacham & Tim McGraw

THE PRESS RELEASE: “Through all the years of strife and triumph, America has been shaped not just by our elected leaders and our formal politics but also by our music—by the lyrics, performers, and instrumentals that have helped to carry us through the dark days and to celebrate the bright ones. From The Star-Spangled Banner to Born in the U.S.A., Jon Meacham and Tim McGraw take readers on a moving and insightful journey through eras in American history and the songs and performers that inspired us. Meacham chronicles our history, exploring the stories behind the songs, and Tim McGraw reflects on them as an artist and performer. Their perspectives combine to create a unique view of the role music has played in uniting and shaping a nation.” 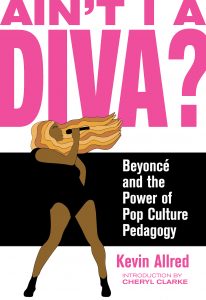 Ain’t I a Diva?: Beyoncé and the Power of Pop Culture Pedagogy
By Kevin Allred & Cheryl Clarke

THE PRESS RELEASE: “In 2010, Prof. Kevin Allred created the university course Politicizing Beyoncé to both wide acclaim and controversy. He outlines his pedagogical philosophy in Ain’t I a Diva?, exploring what it means to build a syllabus around a celebrity. Topics range from a capitalist critique of Run the World (Girls) to the politics of self-care found in Flawless; Beyoncé’s art is read alongside black feminist thinkers including Kimberlé Crenshaw, Octavia Butler, and Sojourner Truth. Combining analysis with classroom anecdotes, Allred attests that pop culture is so much more than a guilty pleasure, it’s an access point—for education, entertainment, critical inquiry, and politics.”

The Nightingale’s Sonata: The Musical Odyssey of Lea Luboshutz
By Thomas Wolf

THE PRESS RELEASE: “Spanning generations, from the shores of the Black Sea to the glittering concert halls of New York, The Nightingale’s Sonata is a richly woven tapestry centered around violin virtuoso Lea Luboshutz. Like many poor Jews, music offered an escape from the prejudices that dominated society in the last years of the Russian Empire. But Lea’s dramatic rise as an artist was further accentuated by her scandalous relationship with the revolutionary Onissim Goldovsky. As the world around them descends in to chaos, between revolution and war, we follow Lea and her family from Russia to Europe and eventually, America. We cross paths with Pablo Casals, Isadora Duncan, Emile Zola and even Leo Tolstoy. The little girl from Odessa will eventually end up as one of the founding faculty of the prestigious Curtis Institute of Music, but along the way she will lose her true love, her father, and watch a son die young. The Iron Curtain would rise, but through it all, she plays on.”