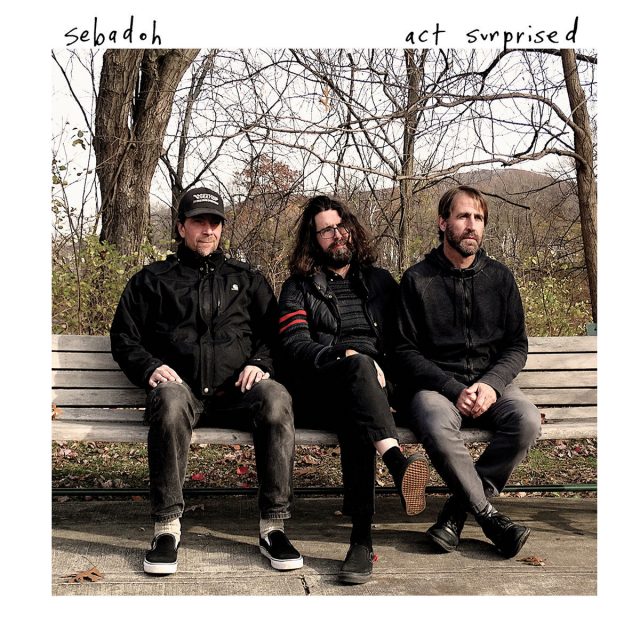 WHO ARE THEY? The on-again, off-again indie-rock power trio fronted and co-founded by Dinosaur Jr. bassist and eternal malcontent Lou Barlow, currently aided and abetted by Jason Loewenstein (who, like Barlow, switches between guitar and bass) and drummer Bob D’Amico.

WHAT IS THIS? Their ninth studio set and the overdue followup to 2013’s Defend Yourself, which was the band’s comeback after 14 idle years.

HOW SHOULD I LISTEN TO IT? On a Walkman while wandering the streets feeling alone and misanthropic. Or on the cassette deck in an old van down by the river.

WHAT ARE THE BEST SONGS? Rough-hewn, wiry nuggets like Phantom, Follow the Breath, Vacation and Raging River, pack a solid punch, while cuts like Celebrate the Void, Medicate and Sunshine mellow out slightly.

WHAT WILL MY FRIENDS AND FAMILY THINK? That maybe it’s time to dig up all their old Sebadoh albums and take them for a spin again.

HOW OFTEN WILL I LISTEN TO THIS? Whenever the movie Kids — or any other ’90s films about teenage or twentysomething misfits — comes on TV.

IF THIS ALBUM WERE A JOB, WHAT KIND OF JOB WOULD IT BE? Used-record store clerk.

SHOULD I BUY, STREAM OR STEAL? Pick it up at the used-record store.