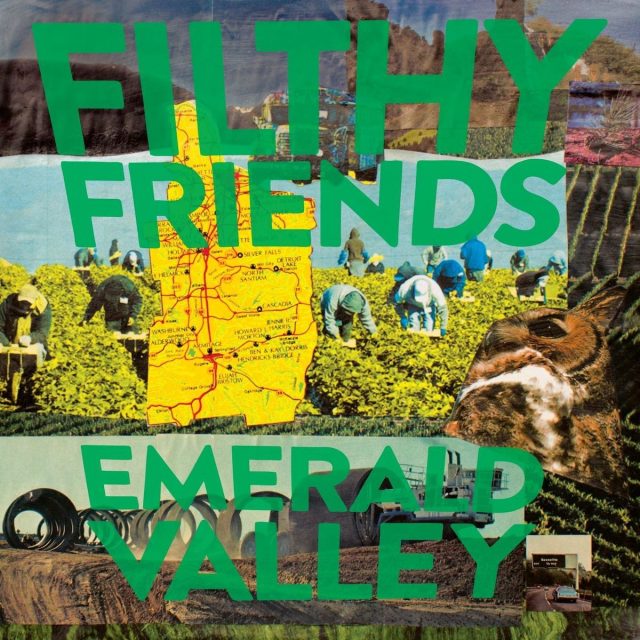 Supergroups come and go. And for the most part, that’s just fine. But every now and then you want one to come back. Like Filthy Friends, the all-star collaboration between Sleater-Kinney singer Corin Tucker, R.E.M. guitarist Peter Buck, Fastbacks guitarist Kurt Bloch, Minus 5 multi-instrumentalist (and R.E.M. sideman) Scott McCaughey and Miracle 3 drummer Linda Pitmon. It’s a dynamically diverse lineup to be sure. But on Emerald Valley, the full-length followup to their 2017 album Invitation, they continue to meet in the middle and find common musical ground with a minimum of fuss, fat and fanfare. The formula remains fairly simple: Tucker reins in her banshee wail slightly, Buck adds a bit more bite and velocity to his sound, and everyone else stays in his/her lane. The compromise works better than you might expect, producing straightforward indie-rock tracks that never feel overthought or overblown. They dovetail perfectly with Tucker’s topical tales of immigrant families, income inequality, environmental conservation and a certain November Man who goes unnamed and unloved. With just 10 songs that last 34 minutes, the disc feels a little slight at times. But by leaving you wanting more, Filthy Friends are already laying the groundwork for their next comeback.