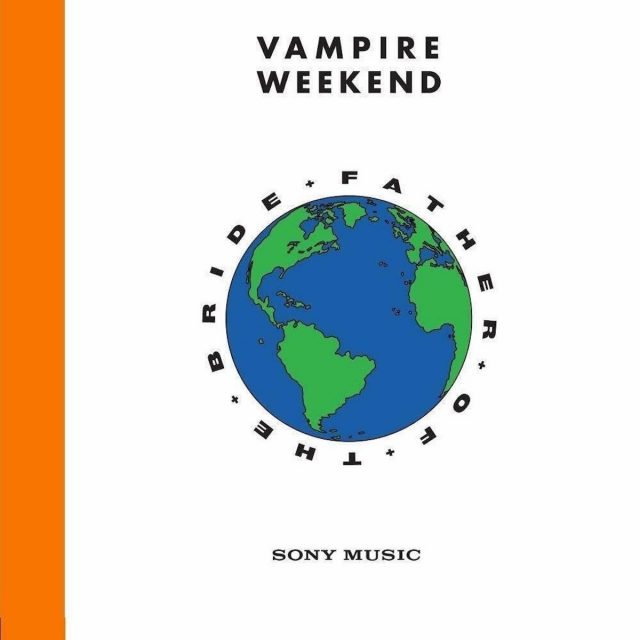 In their 20s, everybody desperately wants to be cool. And being cool always involves a lot of rules: Do this, say that, never wear this, don’t admit you enjoy that. But in their 30s — if they’re lucky — people begin to realize that’s all a bunch of crap. So gradually, they forget about their precious rules. They relax. They try new things. They become themselves. This is more or less where we find Vampire Weekend on their fourth album Father of the Bride. More than 10 years after they exploded on to the charts and the scene with their self-titled debut — a meticulously perky and collegiately clever set that recalled everyone from Talking Heads to Paul Simon’s Graceland — and six years after their tentatively exploratory Modern Vampires of the City, the New York musicians are no longer the young hipsters they once were. But wisely, instead of buying tighter pants, getting trendy haircuts and pretending like nothing has changed, they give up the ghost, open themselves up and see what comes of it. And they end up creating their loosest, warmest and most sonically and stylistically expansive album of their career. It’s also their longest disc by a good stretch, with 18 songs that last nearly an hour. But it doesn’t feel like a slog, thanks to the band’s open, freeform approach: Songs only last as long as they need, be it 4:30 or 1:38. Arrangements and instrumentation vary both from tune to tune and within songs. The production is noisy and unvarnished, including snippets of dialogue at the start and end of songs. The blinging guitars and African rhythms only pop up occasionally, giving way to more folk and Americana tones and textures. The guest list includes Mark Ronson, Daniellle Haim, Chromeo’s Dave Macklovitch, Dirty Projectors’ David Longstreth and others who add variety and depth to the proceedings. And the lyrics forego punctuation peccadilloes or clever wordplay in favour of straightforward, honest tales firmly grounded in the joys and hardships of grownup life, love, commitment and relationships. In short, it’s the sound of a great band that’s stopped trying to be cool. And that, as everyone knows, has always been one of the coolest things you can do.