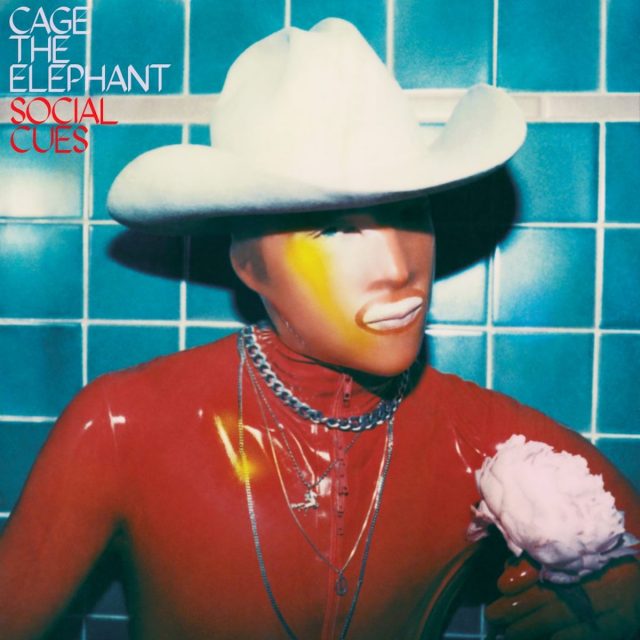 Cage the Elephant have always been chameleons. And uncontainable. Over the course of their four previous studio albums — including the 2015 Best Rock Album Grammy winner Tell Me I’m Pretty — the London-via-Kentucky sextet has pretty much covered the waterfront of musical styles, from grunge to blues to modern arena-rock and everything in between. And along the way, they’ve accumulated their fair share of accolades and hits, including chart-toppers like Ain’t No Rest For the Wicked, Shake Me Down and Mess Around. Despite all that, however, they’ve never become massively famous household names — I would wager most people (including me) can’t name two CTE members, and wouldn’t even recognize them if they saw them outside one of their gigs. Now, that may be the way they like it. But I would also argue their ever-changing musical approach might play a role in their facelessness. Bottom line: It’s always been hard to pin down these guys. And it doesn’t get any easier on Social Cues. Although it was supposedly inspired by singer Matt Schultz (write that down for future reference) getting divorced and losing some friends — and certainly includes a few suitably melancholy numbers and thoughtful lyrics about love — the idiosyncratic 13-song disc mostly seems like another round of Spot That Influence. Before I stopped counting, they had delivered Bowie-esque art-glam, pumping Devo-style new wave, mutant reggae-rock, Flaming Lipsian space-pop, Black Keys-like psychedelic blues, Portugal. The Mannish modern alt-pop, dusty downtown neo-soul, Beckish balladry and a couple more besides. Here’s the thing: None of it was bad. Far from it. All these cuts sported catchy hooks and sharp songwriting and strong production. There wasn’t a single track that would make you reach for the skip button on your device or change the channel on the radio. It might be the strongest album they’ve ever made. I honestly wouldn’t be surprised if they win another Grammy for it. But somehow, when it was ended after 44 minutes and change, I had no desire to listen to it again. Mostly because I still didn’t feel like I knew Cage the Elephant any better than I did before. For me, that will always be the elephant in the room when it comes to these guys. Of course, those who feel different might find Social Cues to be CTE’s most eloquent form of expression.