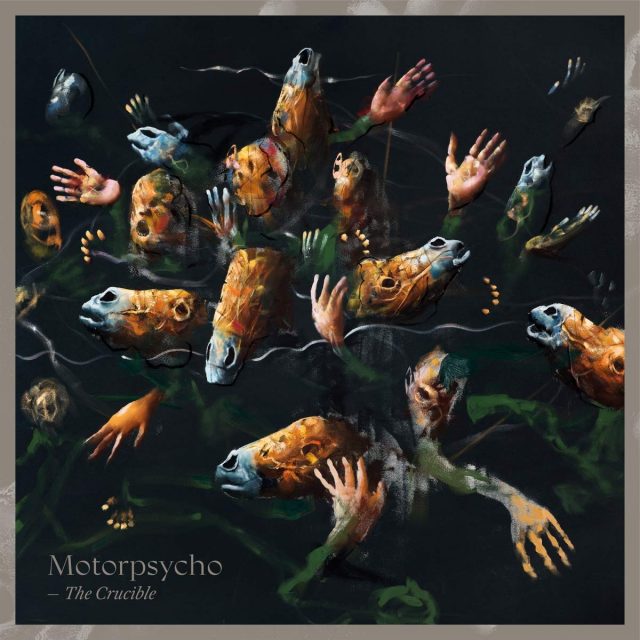 With some albums, less is more. With others, more is more. And with Motorpsycho’s The Crucible, both are somehow true at the same time. But perhaps only because the ever-expanding vastness of the Norwegian psychedelic prog-metal power trio’s singular sound renders words like less and more virtually meaningless — much in the same way our Milky Way galaxy pales in size next to the rest of the universe. If you have heard their all-engulfing 2017 double-album The Tower, you essentially know what you’re in for. If you haven’t, here’s what to expect: A 40-minute album with just three songs. Though again, referring to these creations as songs does not begin to tell the tale. They are wide-ranging, shape-shifting epics that balance the technical precision and virtuosity of King Crimson or Yes with the narcotizing space-walk languor and dusty vocals of Pink Floyd. That is, when they aren’t detouring into folk or jazz or one of the other sonic and stylistic wormholes that writing 20-minute songs gives you time to patiently plumb. And combining them all into a musical melting pot to forge another massive undertaking from one of the most adventurous bands in rock. And an album that lives up to its title. More or less.