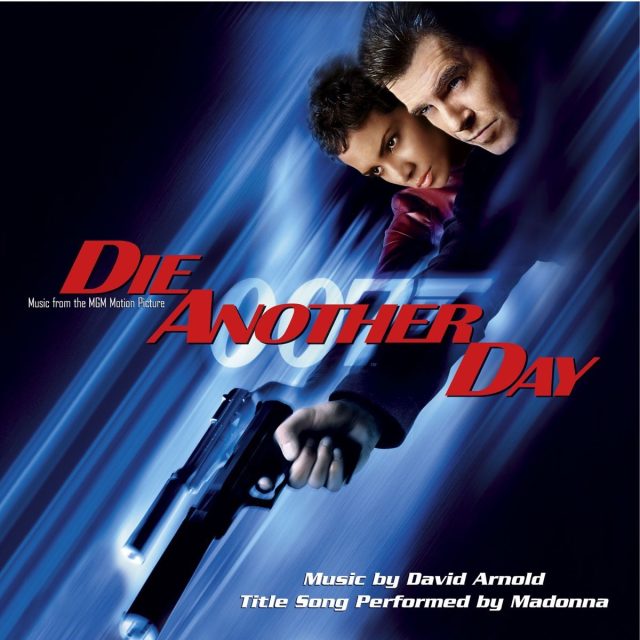 I used to think a-ha’s The Living Daylights and Sheryl Crow’s Tomorrow Never Dies were the lamest James Bond themes. Not any more.

Madonna’s Die Another Day — a sub-Music synth-fluff tossoff that sounds like it was recorded in one take with lyrics she was making up on the spot — makes you wish Madge had spent another day or two in the recording studio. On the plus side, the rest of this David Arnold soundtrack is a treat, once again updating the classic, twangy theme melody with propulsive, urgent electronica, and even a touch of Cuban groove. Be careful trying to access the Madonna video on the enhanced portion of the disc, though: The program tries to get you to sign up for Bond and Madonna mailing lists before it will show you the goodies. Very clever, Mr. Bond.